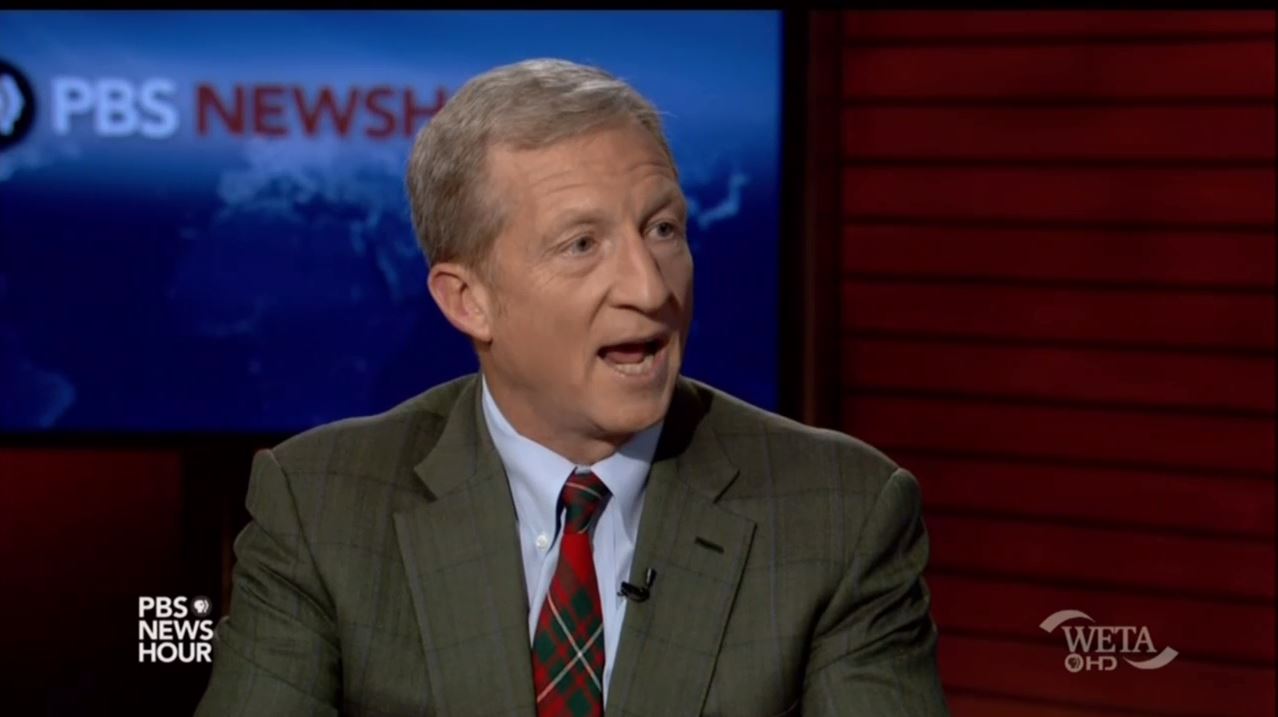 Steyer previously accused Trump of a “traitorous act of war” when he withdrew the U.S. from the Paris Climate Agreement in May, 2017. He also rebranded his Political Action Committee to fund liberal policies beyond climate change.

The Times also suggested Steyer may be “considering a run for Senate.”

Steyer was the largest spender in the 2016 election, donating more than $91 million to Democrat candidates and PACs. Because of that spending, Steyer “may not be an easy figure for Democrats to ignore,” The Times pointed out.

Steyer has long used his deep pockets to project his own agenda on politicians. He was the largest donor during the 2014 election as well, where he spent more than $74 million attacking the Koch brothers and trying to make climate change a “top-tier” campaign issue, The Guardian found.

In the past year, Steyer has signaled he may be expanding his advocacy to include more left-wing policies than just climate change. He told Politico in June 2017 he planned to spend $7.5 million to organize young voters leading up to the 2018 midterm elections.

Steyer’s NextGen Climate PAC was also rebranded as NextGen America sometime after mid-July 2017. The name change signaled a broader focus on liberal agenda items, and even the website now advertises a “broader plan of resistance.”

Whereas NextGen Climate had “worked to prevent damage to our climate by transitioning to a clean energy economy,” NextGen America is intends to “step up the fight for immigration rights, affordable health care, and core American values.”

Despite his previous environmental lip service, Steyer’s hedge fund, Farallon Capital Management, profited from coal investments up until 2014. In a September, 2015, interview, Steyer tried to claim he first became passionate about climate change between 2002 and 2004 -- 10 years before his company divested.

In 2015, Steyer was listed as the “manager” of a solar power company which could benefit from the climate lobbying he does. The company, Kilowatt Financial, was founded in 2011 -- the same year Steyer began directly attacking the coal industry.