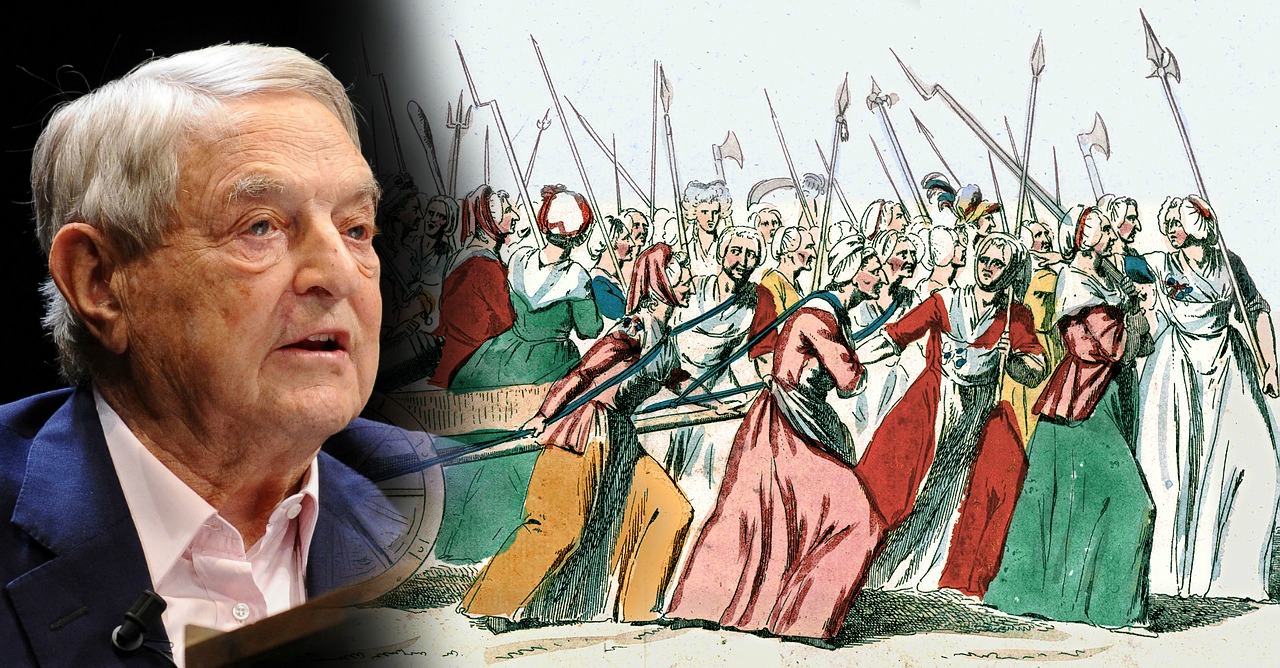 It’s no secret that many Americans will not be happy on Inauguration Day 2017.

On Jan. 21, the day after President-elect Donald Trump is sworn into office, tens of thousands of women plan to descend on Washington to “send a bold message” that (in the words of Hillary Clinton) “women’s rights are human rights.”

Currently the Women’s March on Washington lists 158 partners on its website, and more than a quarter of those groups have been funded by liberal billionaire George Soros. Between 2000 and 2014, Soros gave more than $89.9 million to 40 of the partner groups, including Human Rights Watch, Planned Parenthood, and the NAACP. 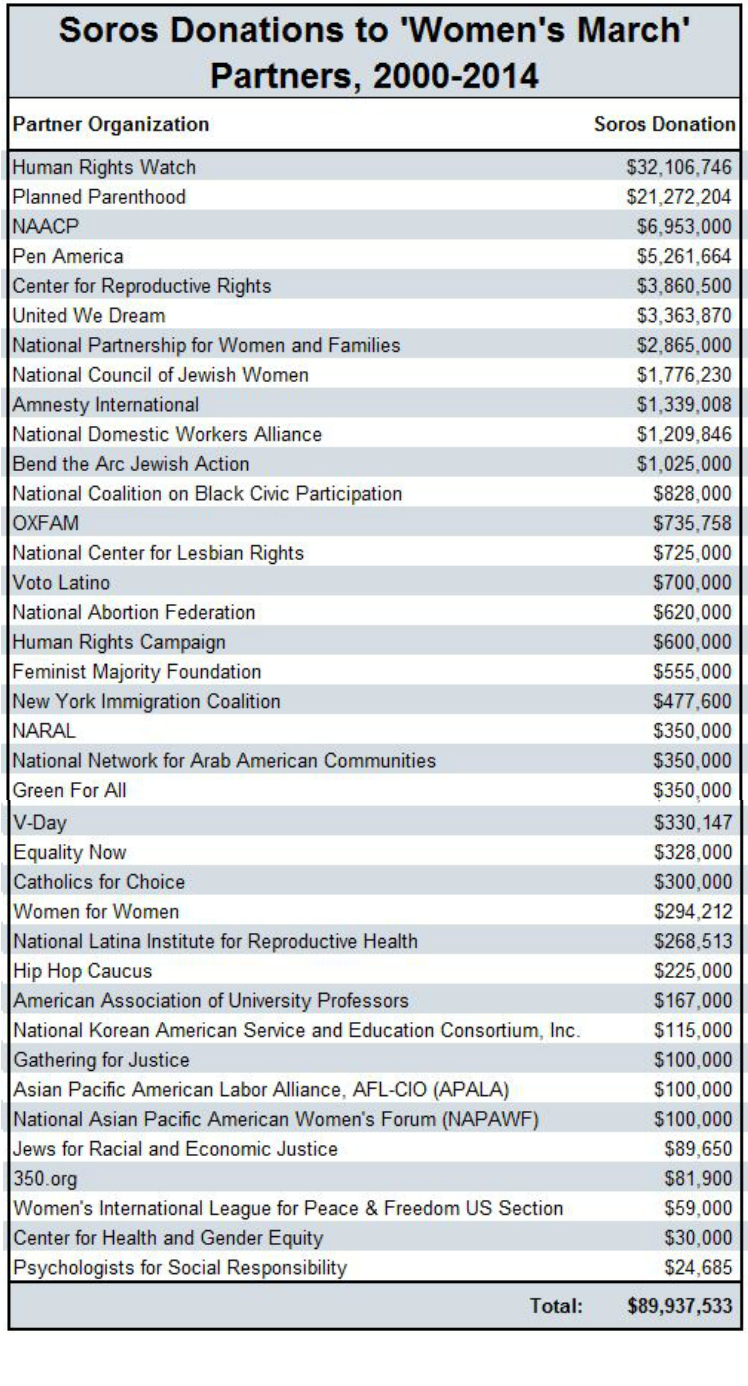 Women’s March partners are groups which have officially committed to endorsing, donating to, or promoting the march itself. The form Women’s March requires all partners to submit asks for the partner organization’s “primary area of focus.” The areas listed include “Women’s Rights,” “LGBTQIA Rights,” “Environmental Rights/Climate Change,” “Reproductive Rights,” “Labor,” Gun Control,” and others.

The National Institute for Reproductive Health has received $234,000 from Soros and is a backer of #VoteProChoice.