Journalists are supposed to be the most informed members of society. Nothing is supposed to get past the iron traps in their brains. So which one of these concepts sounds more like a brain cramp?

1. Why would Hillary Clinton avoid taking questions from the press now that she’s running for president? She’s fantastic at defending herself when the scandals mount.

2. President Obama has run an administration amazingly free of scandal. Not just the president, but everyone he has chosen to serve has been a pillar of integrity.

These are actual concepts forwarded on television in the last few days. 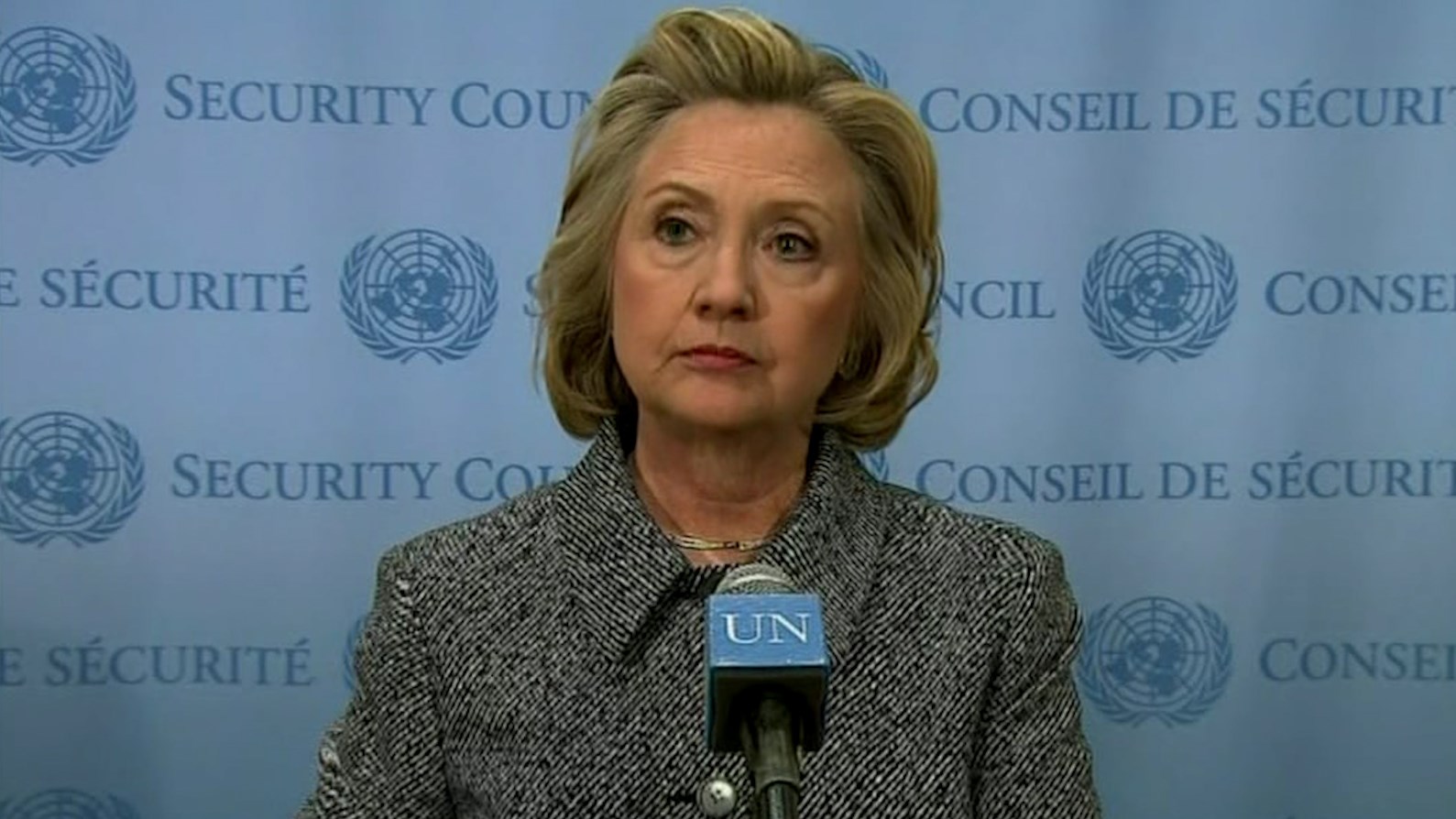 The first concept came from New York Times reporter Jeremy Peters on June 2 on MSNBC – a channel that warmly welcomes Democratic delusions. “She’s really good at answering questions. Like, Hillary is no slouch when it comes to putting her on the defensive....I don't understand why the campaign isn’t allowing her to showcase her strengths.”

USA Today reporter Susan Page espoused the same nonsense, also on MSNBC, on May 19.  “She can handle any question you throw at her. It's a mystery to me why she doesn't want to take a couple questions every day so that this is isn't a story, and so she has a chance to respond to negative stories that are out there and to make her case -- because she does it very well.”

Former Republican press aide Nicolle Wallace quickly underlined for Peters that Hillary’s answers weren’t always brilliant, like when she told Diane Sawyer that she and Bill were “dead broke” after leaving the White House. “You don't have to explain to anybody how troubling it is for Hillary Clinton –  who hasn’t driven herself in her own vehicle in 20 years –  to call herself flat broke.”

There are Hillary’s politically inept answers...and then there are Hillary’s smear answers, like a “vast right-wing conspiracy” somehow made Monica Lewinsky tempt her husband into adultery, and then lying under oath.

What Peters and Page might be implying in code is “Why wouldn’t you talk to us? We love you. We voted for you. We’ll explain away any criticism of your answers.”

Hillary has every reason to avoid questions. She might be forced to provide real answers. Bill and Hillary’s complete evisceration of weak State Department rules of disclosure about their foundation donors? The bumbling of Benghazi? Both issues are political TNT.

The second concept has been around a long time, and it only gets more delusional as the Obama presidency elapses. David Brooks, the so-called conservative or Republican “leaner” on the PBS NewsHour, responded to the indictment of former House Speaker Dennis Hastert by claiming “President Obama has run an amazingly scandal-free administration, not only he himself, but the people around him. He’s chosen people who have been pretty scandal-free.”

So forget “Fast & Furious” and Solyndra, the IRS targeting conservatives and the VA’s lies and treatment delays. Forget about all the false Obamacare promises, Benghazi, and the Bowe Bergdahl-terrorist swap. Delusional journalists still pretend on national television that Obama & Co. have succeeded in the boast that they’re the most ethical and transparent administration in our history.

Perhaps the most embarrassing scandal avoidance for journalists is avoiding the scandal of the Obama administration’s treatment of reporters – utter contempt, along with more leak investigations than any other in history. For a journalist to call the man “scandal-free” is to surrender his own professional self-respect. But this is nothing new for most journalists. They’ve done it for years.