Republican presidential candidates usually avoid any criticism of Hollywood, ever since Vice President Dan Quayle attacked Murphy Brown in 1992 for choosing to be a single mother on TV. There are two reasons. The first is the “objective” media will hand you your head, as Quayle found out – even if later, many experts said Quayle was right about the harm of encouraging single motherhood.

The second is that while Americans will tell pollsters over and over again they don’t like the ever-declining overall tone of popular culture, it gets more dangerous the more a politician picks on a specific performer. Liberals think it sounds censorious to even speak a discouraging word about awful songs or TV scenes.

Mike Huckabee, the once and future presidential candidate, is finding this out all over again for attacking Beyonce and her gangsta-rap husband Jay-Z in his new book God, Guns, Grits, and Gravy. Beyonce is one of the most popular singers in America, and Huckabee acknowledges that. 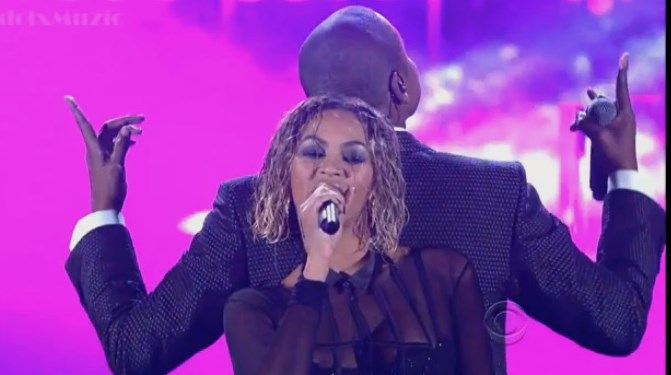 What he condemned first was her sexually provocative dance next to her husband at the 2013 Grammy Awards on CBS. He noted Charlotte Hays summed it up as “I didn’t want to watch Jay-Z and Beyonce’s foreplay.” But he also wrote “Beyonce is incredibly talented – gifted, in fact. She has an exceptional set of pipes and can actually sing. She is a terrific dancer – without the explicit moves best left for the privacy of her bedroom.”

But a new poll taken of potential Iowa caucus-goers by the Des Moines Register and Bloomberg News badly distorts his book. The pollsters asked Republicans and Democrats: “In his recently published book, Mike Huckabee criticized the singer Beyoncé, calling her ‘mental poison.’ Do you think Huckabee is mostly right about Beyonce, or did he go too far?”

That’s a wild distortion. In discussing Beyonce and her husband’s lyrics – that would include such Jay-Z “classics” as “Big Pimpin’”– Huckabee wrote: “With the first Lady so concerned about making sure her daughters’ bellies don’t ingest unhealthy food, how can she let their brains ingest obnoxious and toxic mental poison in the form of song lyrics? If lived out, those lyrics could be far more devastating to someone’s health than a cupcake.”

And here are the opening lyrics of Beyonce’s “Drunk In Love” that she mouthed on CBS while having her legs split as wide open as physically possible: “I've been drinking, I've been drinking / I get filthy when that liquor get into me / I've been thinking, I've been thinking / Why can't I keep my fingers off it, baby?” CBS had to bleep out her lyric “We woke up in the kitchen saying, ‘How the hell did this s--t happen?’"

CBS never apologized for this musical “mental poison,” which is what it was. Huckabee is apologizing now that he complained about it. He was too much of a gentleman to be this specific about the lyrics, and ironically, he’s paying a price for that.

Conservative politicians aren’t really allowed to condemn the crudest excesses of popular culture. The Obamas can be best friends with Jay-Z and Beyonce and never face any scrutiny for their parenting, which is always presumed to be fantastic.

No one is allowed or expected to be a Profile in Courage when it comes to vulgar and violent entertainment coming out of Hollywood. We’re expected to bow before these glamorous celebrities, even when they’re pigs.