The Media Research Center, parent organization of NewsBusters, rented five large billboards in Times Square over the weekend as part of our new“Stop Censoring the News” campaign to educate the public about how certain media outlets apparently are spinning their coverage or simply censoring news critical of the Obama administration to protect and promote a liberal agenda.

The five billboards are clustered together in Times Square and face in different directions, covering 3,800 square feet. Two of the signs read, “It’s Time the Liberal Media Stop Censoring the News!” and two others read, “Start Telling the Truth!” above an image of three monkeys, labeled ABC, CBS, and NBC, who are depicted as the  three mystic apes that see no evil, speak no evil, and hear no evil.

House Dem Calls for 'Analysis of How Christian Militants...Might Bring Down the Country'

At a congressional hearing on Muslim radicalization in U.S. prisons, Rep. Sheila Jackson Lee (D-Texas) said that investigators needed to analyze Christian militants in America because they too might try to “bring down the country.”

Transcript: Al Gore Got ‘D’ in ‘Natural Sciences’ at Harvard

In his commencement speech at Hamilton College on Sunday, former Vice President Al Gore told the graduates that global warming is “the most serious challenge our civilization has ever faced.” But as an undergraduate at Harvard University in the late 1960s, Gore--one of the most prominent spokesmen on climate change today--earned a “D” in Natural Sciences.

By Michael Chapman | February 23, 2008 10:02 PM EST
Grunge and hippie-folk rocker Neil Young, who opposes President Bush's war in Iraq and released an album last year "Living with War" with a song called "Let's Impeach the President," nonetheless came to Bush's defense recently, saying he's a "leader" with perseverance. As Reuters reported (http://news.yahoo.com/s/ap/20080213/ap_en_mu/film_neil_young), in a conversation at the Sundance Film Festival, former band mate David Crosby said there should be a law that persons who can't pronounce the word "nuclear" shouldn't have control over nuclear weapons.

Michael Medved, author, film critic, and talk-radio host, argues in one of his latest columns--"Why TV Addiction Links to Liberalism"--that excessive TV viewing may lead some people to embrace "distinctly liberal attitudes on a range of crucial issues, placing them well to the left" of people with lighter TV viewing habits. Medved bases his views on the new study by the MRC's Culture and Media Institute, entitled The Media Assault on American Values.

"The isolation associated with hours and hours in front of the tube leads to liberal values and viewpoints," says Medved.

Actor Robin Williams riffed on Catholic priests as pedophiles on NBC's June 18 Tonight Show with Jay Leno, proving that anti-Catholic bigotry is alive and well and condoned among Hollywood's elite, and apparently among the liberal media as well. Williams essentially smeared all priests,  ignoring the fact that 81 percent of the victims in the Catholic Church were males abused by priests and that more than 40 percent of these victims were males aged 11 to 14. The majority of the victims, according to the official reports on the cases, involved people who were past puberty, i.e., young teenagers.

The liberal media love to talk about "victims," particularly victims of alleged economic or social oppression, such as illegal immigrants, children without enough Head Start funding, the homeless, the transgendered, detainees at Gitmo, and so on. But when it comes to victims of left-wing ideology--i.e., Communism--the liberal media don't say too much. And this is evident in the minimal (in my view) coverage given to the dedication of the Memorial to the Victims of Communism in Washington, D.C. on June 12, an event where President Bush spoke and where some of the world's leading experts on communism's atrocities--more than 100 million victims--spoke as well.

From yesterday's dedication of the memorial, there has been some print coverage, yet most of the stories have been buried inside the papers. For instance, Los Angeles Times, p. 15; Chicago Tribune, p. 3; Miami Herald, p. 17; and the Washington Post (registration required) placed the story in its Style section but did run a page 1 story in its free "express" newspaper, distributed around D.C. Good for The Post. But, so far, I have not seen any network news coverage and only one mention on MSNBC in a Financial Times article on the MSNBC Web site. You'd think a memorial dedication to the 100 million victims of the greatest evil in modern times would get a little more attention from the dominant liberal media---but perhaps the "victim" Paris Hilton is more important to them.

Former CNN-er Bernie Shaw: CNN Is Aping Fox News and 'I Don't Like That'

Sen. Barack Obama's new Web site geared to his presidential bid, faith.barackobama.com, includes official endorsements from notorious clergymen known for making fantastic, racially inflammatory claims---yet the liberal media aren't saying much about these endorsements or the controversial clergymen who Sen. Obama has officially embraced. It is doubtful the liberal media would be as silent if such people were publicly endorsing a Republican or conservative political candidate.

It never ceases to amaze me to see how ignorant The Washington Post is about Catholic teaching---the latest example being staff writer Peter Slevin's liberally biased slam against Abp. Raymond Burke on p. A2 of the May 29 edition. The ignorance (or anti-Catholicism?) is clear in the very first sentence, which is false, in the first paragraph. "When it comes to expressing his views of church values, Roman Catholic Archbishop Raymond Burke has a habit of making headlines, not always to the satisfaction of his flock," writes Slevin. These are not, of course, "his views." They are the views and stipulations of the Catholic Catechism, the Code of Canon Law, and numerous papal encyclicals that often teach definitively on certain matters. Slevin apparently never cracked the Catechism, and he apparently never Googled it because it is online, as is the Vatican, with all the relevant documents.

Abp. Burke has spoken out against abortion; against politicians who support abortion; against entertainers who support anti-Catholic teachings but also want to perform at Catholic functions; against using embryonic stem cells for research; and so on. And this is what apparently ticks Slevin and his editors off: A Catholic Bishop who actually tells his flock the Truth about Catholic teaching and how Catholics must strive to seek holiness and save their souls. 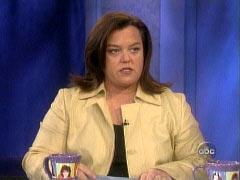 Bill Maher, host of HBO's "Real Time", tore into Jerry Falwell on the May 18 edition of his show, saying, with a photo of Falwell in the background, such things as, “...

By Michael Chapman | April 24, 2007 3:58 PM EDT
The MRC's TimesWatch division has an excellent analysis of the NYT's grossly shoddy and biased coverage of the Duke lacrosse "rape" case. In this latest item, the student newspaper at Duke, The Chronicle, actually went out and interviewed former NYT reporters and critics and asked their opinion about the paper's coverage of the Duke case. The Chronicle -- a student paper! -- did what the so-called professional media should have done long ago.

By Michael Chapman | February 22, 2007 12:00 AM EST
Liberal celebrities can have their say. But it's also fair to remind Americans just what the limousine liberals are saying, and how the likes of ABC and CNN and other media seem to do all they can to accommodate them.

Ralph de Toledano, long-time conservative commentator and author died Saturday, Feb. 3, at the age of 90. See The Washington Times article here. For the young conservatives out there, go get Mr.

Rep. Jack Kingston (R-Ga.) noted the bias of the New York Times on C-SPAN's "Washington Journal." The show's host quoted from a pessemistic NYT story about the military situation in Mosul, Iraq. Kingston, who recently returned from an extensive trip to Mosul and first-hand talks with GI's and officers questioned the story thus: "Now, would that be on the New York Times editorial page or their regular page?" The host said the regular page.

Much of the European media and some of the U.S. press are picking up on a story about nine babies buried in various places around a home in Germany.

By Michael Chapman | July 11, 2005 12:46 PM EDT
The Sunday Style section, July 10, of the Washington Post ran a nearly balanced feature on a former convict in D.C. who is straightening his life out through hard work, self-discipline, and ... Christian faith (including regular church attendance). See story: http://www.washingtonpost.com/wp-dyn/content/article/2005/07/09/AR2005070901447.html