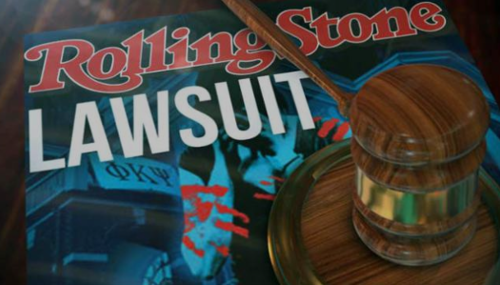 Randy Hall
November 10th, 2015 6:23 PM
Almost a year after Rolling Stone magazine published an article entitled “A Rape on Campus” that claimed several members of a fraternity at the University of Virginia gang raped an anonymous woman, the fallout over the “flawed story that purported to expose a culture of rape” at the school continued on Monday, when the publication was hit by a third lawsuit over the… 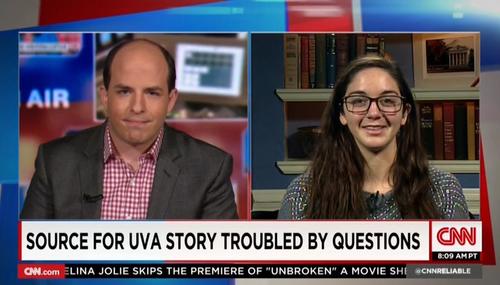 UVA Student on CNN: Rolling Stone Writer Had An 'Agenda'

Matthew Balan
December 15th, 2014 4:54 PM
On CNN's Reliable Sources on Sunday, University of Virginia student Alex Pinkleton revealed how Rolling Stone's Sabrina Rubin Erdely, who wrote the disputed Rolling Stone story on alleged rape at the college, acted more like an "advocate" than a reporter as she interviewed people for the article. Pinkleton, a friend of the woman who made the rape accusation, asserted that Erdely… 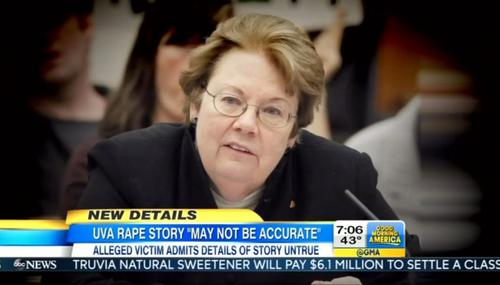 GMA's 'One Big Fear' About UVA: 'Other Victims' Discouraged

Mark Finkelstein
December 6th, 2014 9:32 AM
The University of Virginia rape story may be unraveling, but that's not stopping ABC News, or campus forces with a vested interest in the issue, from forging ahead. On today's Good Morning America, host Dan Harris said that the "one big fear . . . is that this will scare other victims" from coming forward. But just who are the "victims" here:… 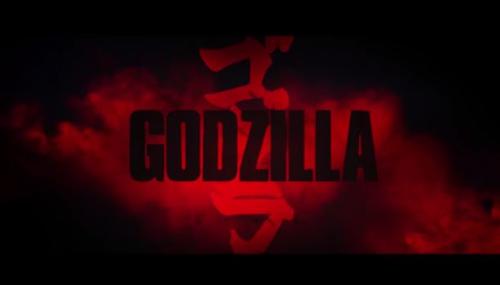 Jackie Seal
May 16th, 2014 12:35 PM
Two years ago, Katie Couric delivered the commencement address at her alma mater, the University of Virginia.  NewsBusters senior editor Rich Noyes noted at the time that Couric used the occasion to complain about her many critics from her five-year stint as the anchor for the CBS Evening News. Last Saturday, Couric gave an encore performance of her airing of grievances at a commencement…