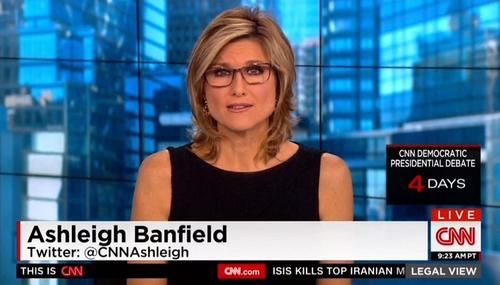 CNN's Banfield: Hillary E-Mail Scandal 'Not Even a Scandal'

Matthew Balan
October 9th, 2015 6:44 PM
On Friday's Legal View, CNN's Ashleigh Banfield did her best to downplay Hillary Clinton's ongoing e-mail scandal. Banfield asked Democratic strategist Robert Zimmerman if Bernie Sanders would bring up the issue at the upcoming Democratic presidential debate. When Zimmerman claimed that "any Democrat who resorts to reciting Republican talking points is going to hurt themselves," the anchor… 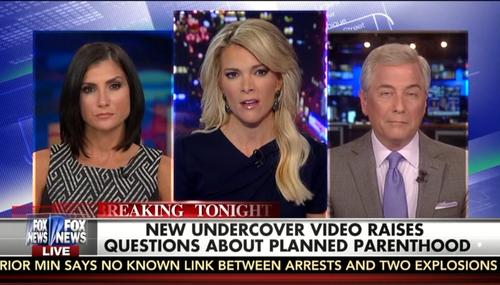 Connor Williams
July 16th, 2015 3:44 PM
Wednesday night on The Kelly File, host Megyn Kelly invited The Blaze’s Dana Loesch and Democratic strategist Robert Zimmerman to the program to comment on a disturbing video showing a Planned Parenthood higher-up appearing to explain how the organization traffics the body parts of unborn children. Liberal talking head Robert Zimmerman claimed there was “fraud behind this video.” He cried: “Let’s… 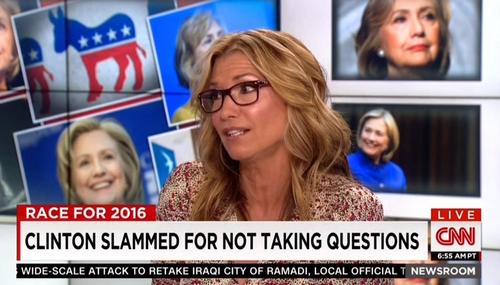 Matthew Balan
May 15th, 2015 3:02 PM
On Friday's CNN Newsroom, liberal anchor Carol Costello actually didn't buy the spin of a Hillary Clinton supporter on her skirting of questions from the press. When Democratic strategist Robert Zimmerman did his best to shield Mrs. Clinton, Costello interjected, "I want our political candidates to take tough questions." She later underlined that "she's not answering questions! About her… 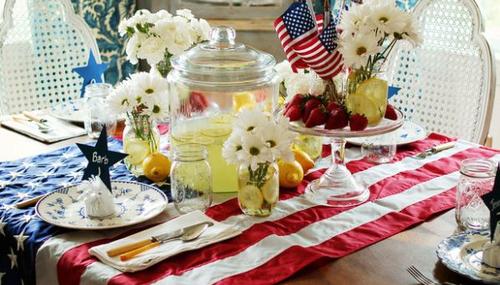 Matt Hadro
June 12th, 2013 12:31 PM
CNN's Piers Morgan will use any and every tragedy to bolster his crusade for gun control in the U.S. On his Tuesday night show he hounded George Zimmerman's brother Robert, Jr. over George carrying a gun the night Trayvon Martin died. Morgan also pushed for an age 25-and-under gun ban. "Obviously, if George had not had a gun on him that night, the distinct likelihood is that Trayvon Martin… 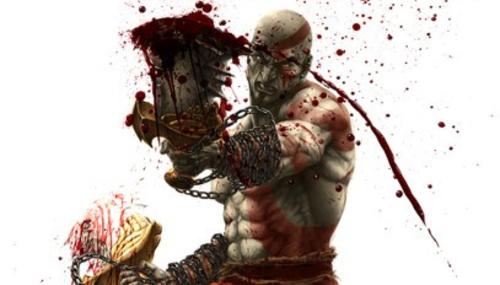 On CNN, Cause of Chicago Violence Is – You Guessed It – The GOP

Mike Bates
February 22nd, 2013 7:12 PM
Chicago hasn’t had a Republican mayor in over 80 years.  Democrats have controlled the Illinois governor’s mansion and both houses of the legislature for more than a decade, with Democrats ruling the Illinois House for 28 of the last 30 years.  No matter, Chicago violence is the fault of Republicans.  We learned that this morning on CNN Newsroom when anchor Carol Costello asked her “Talk Back”… 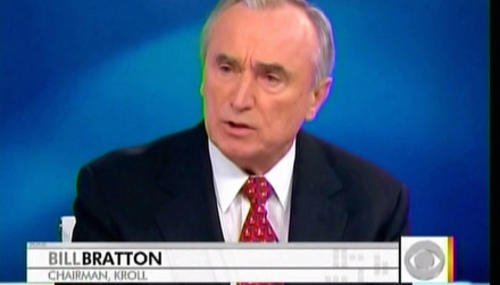 Matthew Balan
December 20th, 2011 3:52 PM
Tuesday's Early Show on CBS brought on PolitiFact's Bill Adair to reveal what he labeled as the "biggest lie of the year" inside politics, which was "the claim by many Democrats that the Republicans voted to end Medicare." But CBS let Democratic operatives spout that falsehood several times without scrutiny earlier in 2011. The network did stand out in bringing on the PolitiFact editor,… 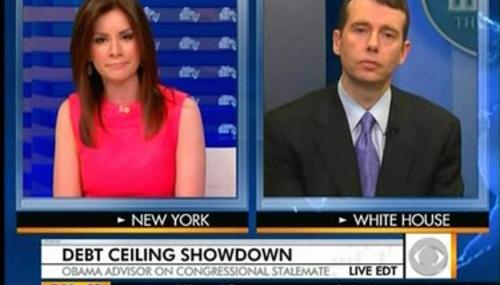 Eric Ames
June 30th, 2011 5:04 PM
CNN's Ali Velshi called out "hold on" five times at a Republican before he repeated liberal talking points on tax policy on Thursday's edition of American Morning. "We don't tax too much. Let's just stop that for a second," Velshi said after cutting off Republican strategist Jim McLaughlin. McLaughlin had  told the American Morning panel. "We spend and we tax too much." [VIDEO BELOW THE FOLD]

Matthew Balan
October 29th, 2010 4:56 PM
Democratic strategist Robert Zimmerman defended View host Joy Behar on Thursday's Anderson Cooper 360: "I'm standing with Joy Behar because she nailed it when she went after Sharron Angle for the xenophobia, for the racist type of campaign she has run, and for, in fact, exploiting prejudice and bigotry" [audio available here]. Zimmerman, a one-time political analyst for CNN and a member…

Jeff Poor
January 15th, 2009 11:27 AM
"CNBC Reports" host Larry Kudlow believes free-market capitalism is the best path to prosperity. Too bad CNN "Lou Dobbs Tonight" host Lou Dobbs doesn't. Dobbs attacked Kudlow during the Jan. 14 broadcast of "Lou Dobbs Tonight" for commenting on a dinner meeting of conservative pundits at the home of Washington Post columnist George Will on Jan. 13. Kudlow was not included in person or by phone…