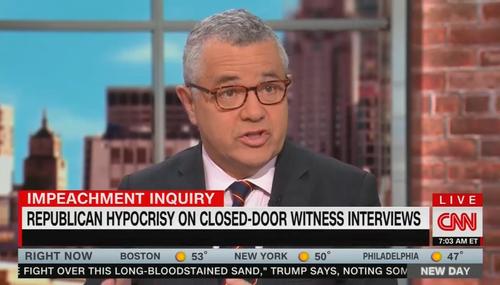 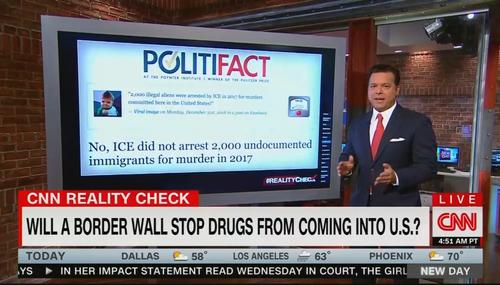 Brad Wilmouth
January 17th, 2019 10:59 PM
On Thursday's New Day show, CNN's John Avlon presented another of his infamous "Reality Check" segments which is more akin to liberal spin than an actual effort to clearly inform viewers about the issues. The CNN analyst argued against a border wall as he cited Politifact to dismiss claims of 2,000 homicides being committed by illegal immigrants in one year being reported by ICE… 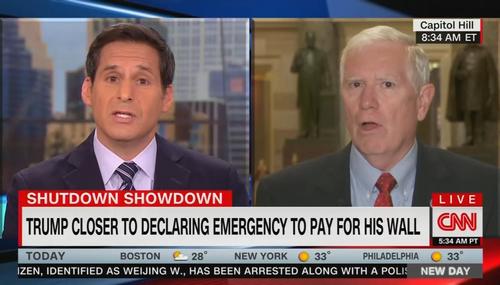 Brad Wilmouth
January 11th, 2019 11:40 AM
On Friday's New Day show on CNN, host John Berman and Alabama Republican Congressman Mo Brooks got into a heated debate over whether President Donald Trump should build a border wall as Brooks called out the liberal news network's "propaganda" in trying to downplay the amount of crime committed by illegal immigrants. 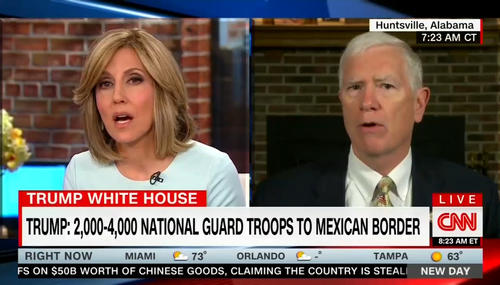 CNN’s Camerota: Why Call Caravan of Illegal Immigrants an ‘Invasion?'

Randy Hall
April 6th, 2018 4:00 PM
CNN's New Day co-host Alisyn Camerota once again revealed her liberal bias regarding illegal immigration on Friday morning, when she asked guest and Republican Congressman Mo Brooks (Ala.) why he used the word “invasion” while discussing the caravan of migrants who headed for the American border earlier this week. Brooks, who discussed the topic from an economic perspective… 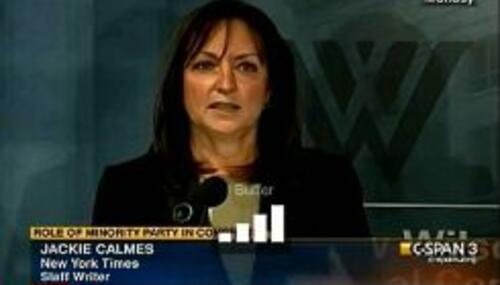 Mark Finkelstein
July 20th, 2011 1:17 PM
Contessa Brewer doesn't have a law degree.  So perhaps the MSNBC host was unaware of the old cross-examination adage: never ask a question to which you don't know the answer. Arguing with Rep. Mo Brooks today over raising the debt ceiling, Brewer attempted to discredit the Tea Party Republican freshman Member of Congress from Alabama by asking "do you have a degree in… 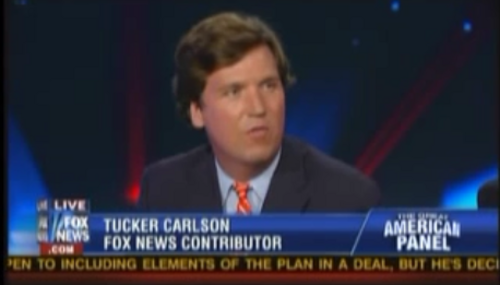 Mark Finkelstein
July 19th, 2011 8:23 PM
If MSNBC's goal is to give air time to the least-attached to reality of the left, then perhaps the network's doing the right thing by reportedly dallying with replacing Cenk Uygur with Al Sharpton. For in the 6 o'clock time slot this evening the Reverend Al actually asserted that Barack Obama sounds more like Ronald Reagan than Tea Party freshmen members of Congress.  I kid…