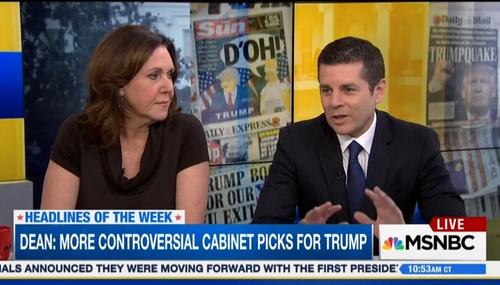 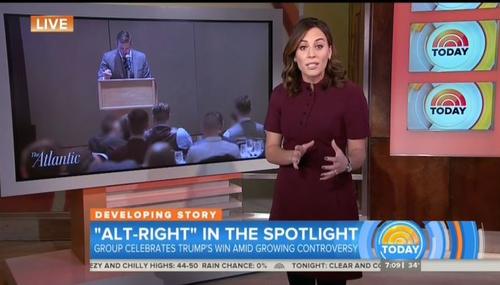 Curtis Houck
November 22nd, 2016 12:09 PM
The media have been promoting neo-Nazis and white nationalists in hopes to (admirably) discredit them and falsely insinuate that they were far-right conservatives who propelled Donald Trump to the White House. This trend manifested itself with five minutes and 17 seconds Tuesday morning on CBS and NBC that attempted to label the neo-Nazi conference as one featuring “conservative extremist[s… 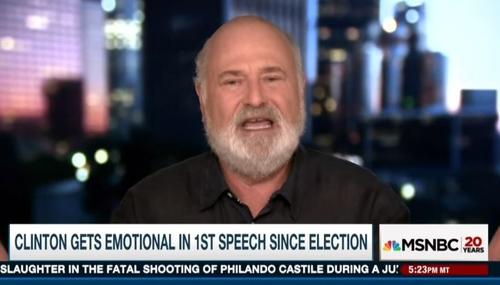 Reiner: Trump Is ‘Jewish Police at the Warsaw Ghetto’ on Anti-Semitism

Curtis Houck
November 17th, 2016 9:14 PM
Ultra-liberal Hollywood actor, director, and writer Rob Reiner was at it again on MSNBC’s Hardball Thursday night blasting President-elect Donald Trump as anti-Semitic and when challenged by host Chris Matthews, he went further into the gutter by comparing Trump to “the Jewish police at the Warsaw Ghetto” that said “okay, you know, march through Germany” to the Nazis… 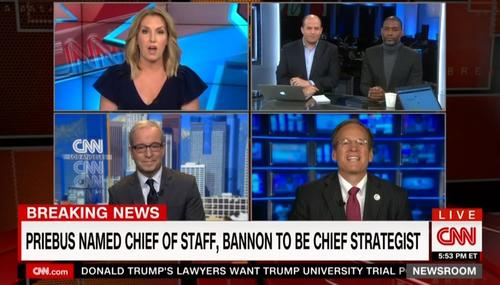 Brad Wilmouth
November 15th, 2016 9:30 AM
As a panel on Sunday's CNN Newsroom with Poppy Harlow discussed the announcement that Donald Trump campaign chief Steve Bannon would be appointed as a high-ranking strategist in the White House, conservative CNN political commentator and former GOP Congressman Jack Kingston was outnumbered by liberals four to one as the group repeatedly pushed charges of "racism" against Bannon.… 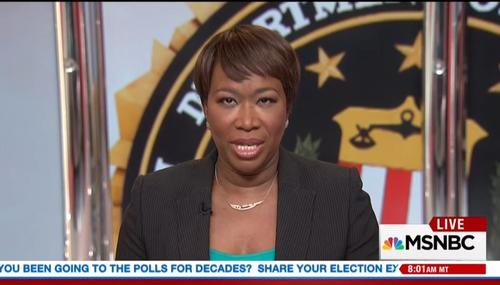 Brad Wilmouth
November 11th, 2016 3:07 PM
Liberal MSNBC host Joy Reid has been in meltdown mode since the news of Donald Trump's victory over Hillary Clinton, as evidenced by some of her over the top tweets from the past couple of days as she has tried to link Trump and even his supporters to neo-Nazis and the Ku Klux Klan. On Thursday, reacting to news that the Trump campaign's Steve Bannon would work in the White House, Reid… 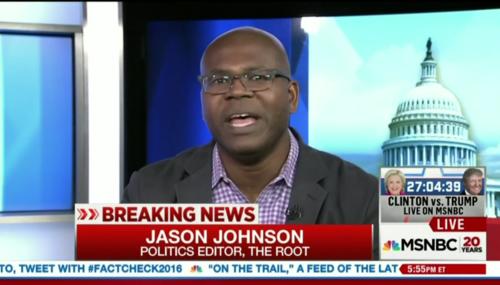 MSNBC Guest: Trump Made 'Explicit Overtures' to the KKK

Brad Wilmouth
October 8th, 2016 11:34 PM
Appearing as a guest on MSNBC Live Saturday afternoon to discuss the aftermath of the release of a recording of GOP presidential candidate Donald Trump making lewd comments about women from 2005, Jason Johnson of The Root made his latest over the top claim that Trump has a history of making "explicit overtures" to the Ku Klux Klan, going on to claim that such actions by Trump accounted… 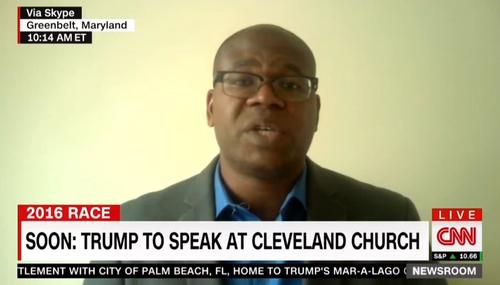 CNN Guest Suggests Trump 'Associates Himself with' the KKK

Brad Wilmouth
September 21st, 2016 9:34 PM
Appearing as a panel member on Wednesday's CNN Newsroom with Carol Costello, TheRoot.com political editor and Morgan State University professor Jason Johnson -- a recurring guest on CNN -- suggested that GOP presidential candidate Donald Trump "continually associates himself with terrorist organizations like the Klan" as he responded to Trump's appearance at a black church in… 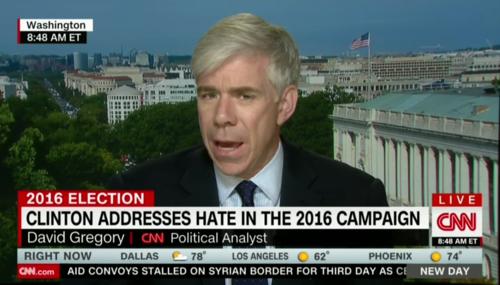 Gregory: Clinton 'Deplorables' Slam of Trump Voters May Be 'Accurate'

Brad Wilmouth
September 15th, 2016 9:30 PM
Appearing as a guest on Thursday's New Day, CNN political analyst and former NBC Meet the Press host David Gregory became the latest liberal journalist to suggest that Hillary Clinton was factually "accurate" when she derided many voters who support Donald Trump as "deplorables." Gregory called her comments "inartful," but then declared she "may have… 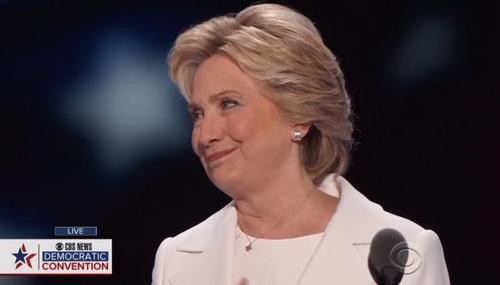 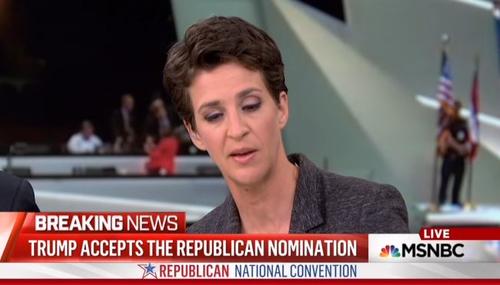 Maddow: Trump’s Speech Could Be ‘Gateway Drug’ for KKK into GOP

Curtis Houck
July 22nd, 2016 2:03 AM
After her MSNBC colleagues determined that Donald Trump’s convention speech Thursday night was a message derived from talk radio to “white America” that he would “protect” them, convention co-host Rachel Maddow stated just after the midnight Eastern mark that Trump serves as “a gateway drug” to transforming the GOP into one featuring people like David… 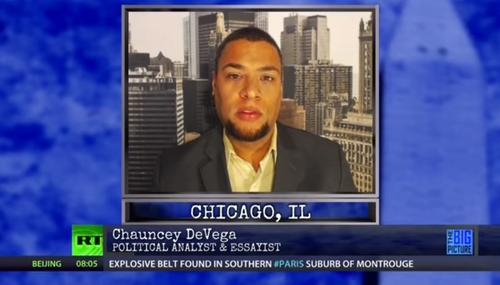 Tom Johnson
June 6th, 2016 9:35 PM
The right’s widely varied response to Donald Trump’s presidential bid may be the political story of the year so far, but many liberals have ignored it in favor of arguing that Trump’s worldview is a pure product of conservatism. For example, in a Sunday article, Chauncey DeVega claimed that Trump is “the logical result of at least five decades of Republican political… 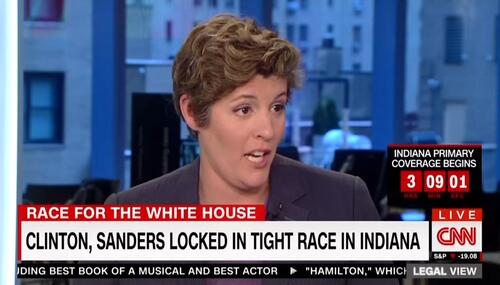 Brad Wilmouth
May 3rd, 2016 8:03 PM
Appearing as a guest on Tuesday's Legal View with Ashleigh Banfield, far-left CNN political commentator Sally Kohn oddly brought up the Indiana Ku Klux Klan from the 1920s as evidence of the state being "socially conservative" and "racially divisive," and therefore a place where GOP presidential candidate Donald Trump is likely to win by a landslide. Her analysis was so… 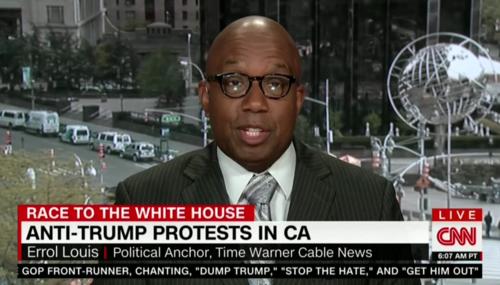 Brad Wilmouth
May 1st, 2016 10:09 PM
Appearing as a guest on Saturday's Smerconish show, CNN political commentator Errol Louis -- political anchor for Time Warner Cable News -- began the segment by blaming Donald Trump for violence by left-wing protesters near his appearances, and concluded the segment with an admittedly "snarky" comment as he sarcastically praised Trump because "he hasn't been endorsed by any… 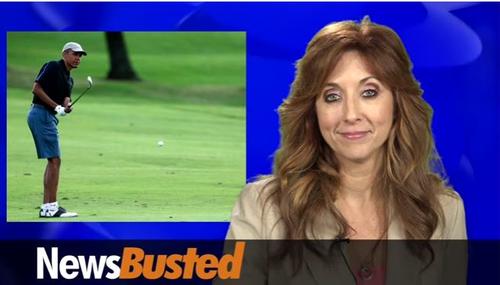 NewsBusted: This Wasn’t the Golf Summit the President Was Here for!

NB Staff
April 27th, 2016 9:15 PM
“President Obama went to Saudi Arabia for the Persian Gulf Summit. Aides say he was disappointed because when he agreed to participate, he thought it was the Persian Golf Summit.” - NewsBusted’s Jody Miller