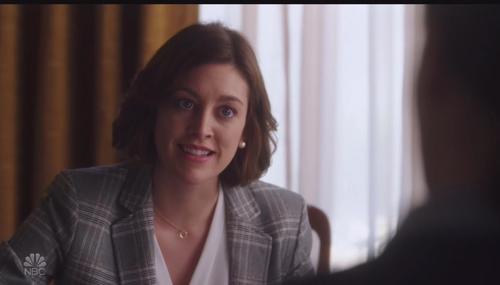 Culture
Julia A. Seymour
September 24th, 2019 12:20 AM
The Memphis-based and blues-infused new legal drama Bluff City Law has a high-minded premise: that attorneys like Elijah and Sydney Strait are fighting to “change the world” by going after evil corporations willing to “ruin your life” to protect their profits.

Brent Baker
September 15th, 2010 7:21 PM
NBC tonight (10 PM EDT/PDT, 9 PM CDT) debuts a new drama, Outlaw, centered on a conservative Supreme Court justice who, as a gambler and a philander, is a hypocrite played by Jimmy Smits. Realizing his political misdirection, he resigns from the court so he can become a crusading lawyer for liberal causes. But the program is so awful, even MSM TV critics are ridiculing it. (Joe Scarborough has at…