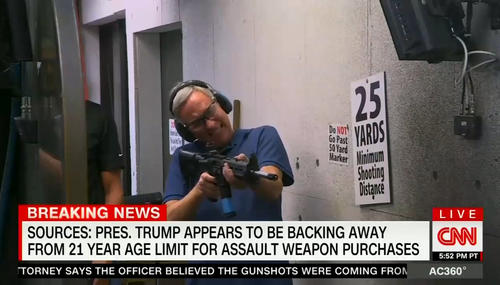 Randy Hall
February 28th, 2018 6:00 PM
With all the tumult over gun control after the shooting on Wednesday, February 14 -- at Marjory Stoneman Douglas High School in Parkland, Florida, that killed 14 people -- it comes as no surprise that the Cable News Network would try to promote the liberal view that guns are always deadly and often fatal. 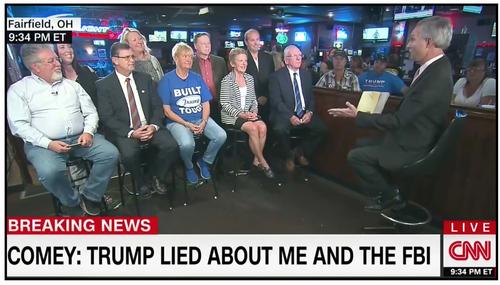 Tom Blumer
June 12th, 2017 4:40 PM
Washington Post media columnist Margaret Sullivan was almost beside herself with glee Saturday afternoon. Sullivan apparently believes that because a bunch of establishment press outlets which have relentlessly attacked President Donald Trump for nearly two years predictably called him a liar in the wake of James Comey's testimony meant that he had "another terrible, horrible, no good,… 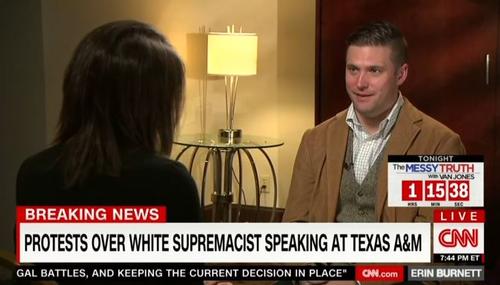 Curtis Houck
December 6th, 2016 10:19 PM
In this week’s edition of the liberal media normalizing the abhorrent “alt-right” and neo-Nazi movement led by Richard Spencer, CNN dedicated 36 minutes and 46 seconds over the course of 24 hours on Monday and Tuesday to previewing a Spencer speech at Texas A&M University despite correctly emphasizing he has a “hate-filled mission.” 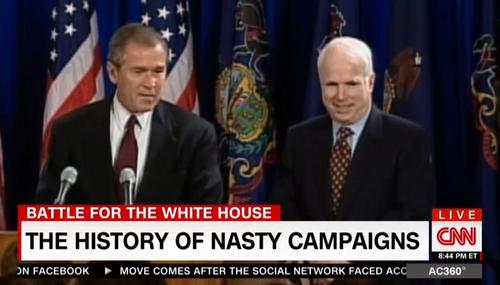 Brad Wilmouth
August 27th, 2016 7:37 PM
In a pre-recorded report shown on Friday's Anderson Cooper 360 on CNN, correspondent Gary Tuchman recalled examples of "dirty campaigning" in presidential elections going back 200 years, but, when he got to more recent elections, he focused on negative campaigning from the Republican side -- citing Richard Nixon, George H.W. Bush, George W. Bush and Donald Trump -- while ignoring… 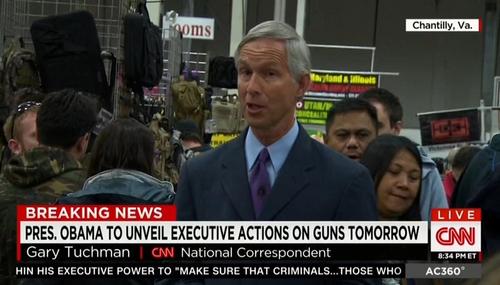 Matthew Balan
January 5th, 2016 1:09 PM
On Monday's Anderson Cooper 360, CNN's Gary Tuchman zeroed in on how a "deep distrust and suspicion of the motivations of the federal government" was "extremely prevalent" at the quarterly Nation's Gun Show in northern Virginia. Tuchman hounded the president of the company which runs the event over her view that "the end game with a lot of Democrats is to… 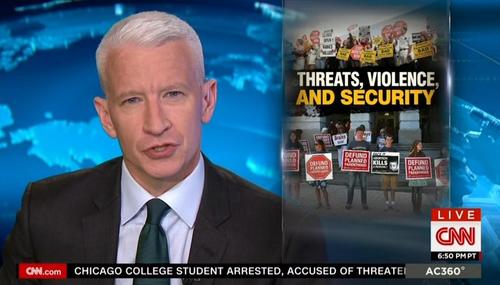 Matthew Balan
December 1st, 2015 4:23 PM
CNN's Gary Tuchman, on Monday's Anderson Cooper 360,  played up that to "the perpetual sadness of the employees" of a New Jersey abortion facility, "their building is a target." He also let the center's executive director and communications director smear all pro-lifers as potential terrorists. Cooper set the tone of the report with a graphic that ran during… 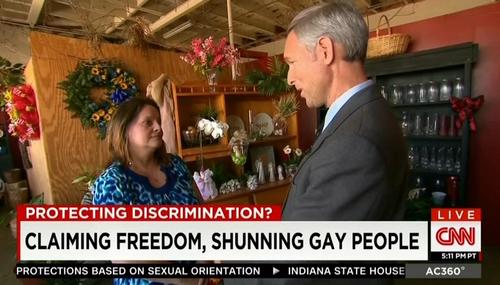 CNN Lectures Christian Florists in Georgia About 'Love' in the Bible

Matthew Balan
April 2nd, 2015 6:08 PM
CNN's Gary Tuchman condescended towards Christian florists in rural Georgia on Wednesday's Anderson Cooper 360 over their religious-based stance against participating in homosexual "commitment ceremonies," as the state hasn't legalized same-sex "marriage" yet. Tuchman used the Bible as a club against two female employees: "The Bible talks an awful lot about… 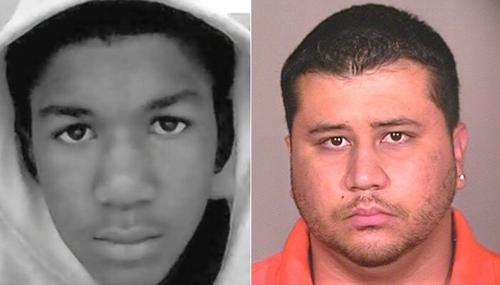 Matt Hadro
April 13th, 2012 6:40 PM
Last week, CNN had to walk back its assumption that George Zimmerman uttered a racial slur in his 9-1-1 call, and now an affidavit from the prosecution in the case says no racist words were voiced. CNN first suggested on March 21, according to its "sophisticated" audio editing, that Robert Zimmerman said "f***ing coons" on his 9-1-1 call. But the network had to throw… 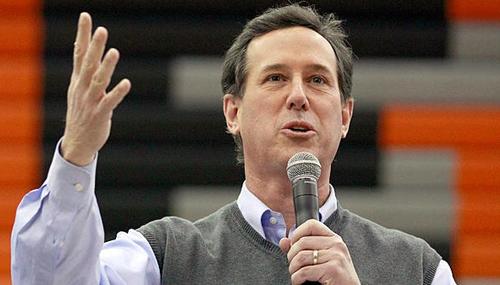 Matthew Balan
September 23rd, 2010 10:01 PM
CNN played an excerpt of its upcoming documentary "What the Pope Knew" on Thursday's Newsroom (see CNN's commercial promoting the documentary at right), and if this preview and its past coverage of the Church abuse scandal is any indication, the documentary left out key information in order to paint Benedict XVI in the worst possible light. Correspondent Gary Tuchman failed to explain…

Matthew Balan
September 22nd, 2010 5:23 PM
CNN's Gary Tuchman blasted Delaware Senate candidate Christine O'Donnell on Tuesday's AC360, suggesting that the Republican was like the leader of a totalitarian regime, after she dared to say that the media should be left out of certain campaign events: "I think, for most Americans, that gives you a little chill. When we go to places like Cuba and Iran and North Korea and China, we're often…

Matthew Balan
March 12th, 2010 2:51 PM
CNN went into full tilt in promoting its upcoming pro-gender "reassignment" documentary "Her Name Was Steven" with Anderson Cooper's interview of Chastity "Chaz" Bono, the daughter of Sonny Bono and Cher, on his AC360 program on Thursday. Cooper very sympathetically interviewed Bono, and threw softball questions, even going so far as to ask, "How do you like…

Matthew Balan
September 11th, 2008 3:01 PM
CNN correspondent Gary Tuchman’s report detailing the abortion stances of the four major presidential and vice-presidential candidates on Wednesday’s Anderson Cooper 360 program gave a fairly neutral portrayal of how "Biden and Obama both favor abortion rights" and how "Palin and McCain are both anti-abortion," despite Tuchman describing how Palin is "considered fervently…