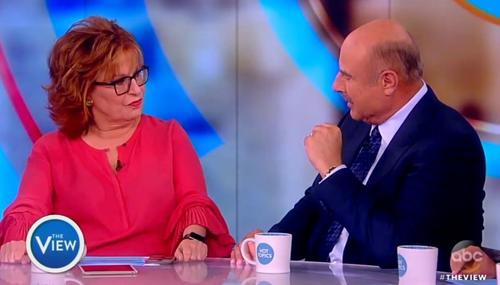 Tim Graham
April 26th, 2018 3:50 PM
Psychologist and talk-show host Dr. Phil McGraw was the big guest on The View on Thursday, and they began by suggesting it's unfair to try and diagnose Kanye West with mental illness based on his new pro-Trump tweets. But then, that "comedian" Joy Behar asked Dr. Phil if Trump's "bromance" with French prime minister Emmanuel Macron resembled the behavior of an… 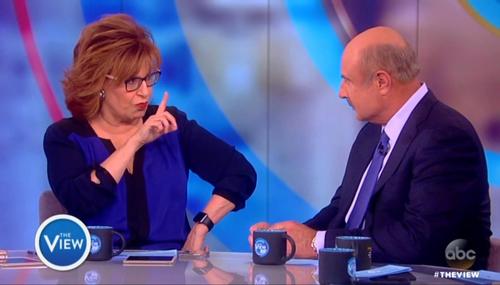 Kristine Marsh
February 2nd, 2017 4:34 PM
On Thursday’s The View, host Joy Behar begged guest Dr. Phil to diagnose President Donald Trump with a mental disorder. As soon as he appeared at the table, Behar’s first question was if Trump had narcissism and if that made him “fit" to be President.

Erin R. Brown
March 24th, 2009 11:27 AM
In an emotional six page narrative, Oprah’s magazine “comes out” in favor of lesbianism.Barack Obama. Eckhart Tolle. Dr. Phil. With the Midas touch, Oprah Winfrey turned these men to gold. Her recommendations have rocketed a variety of books – from centuries-old literary classics to New Age drivel – onto the bestseller lists. Now, in the latest issue of “O” magazine, she’s trying her hand at…

Noel Sheppard
January 23rd, 2009 9:51 AM
Conservative author Ann Coulter and Sean Hannity's former liberal co-host Alan Colmes were Dr. Phil's guests Thursday, and an astounding thing happened: the crowd seemed to like Coulter more than Colmes.I kid you not.The topics up for discussion were Barack Obama, the presidential campaign, and the media, and whenever Coulter said anything, the crowd applauded loudly.Maybe even more delicious…