Joy Behar Begs Dr. Phil to Diagnose Trump as a Narcissist Unfit to Be President 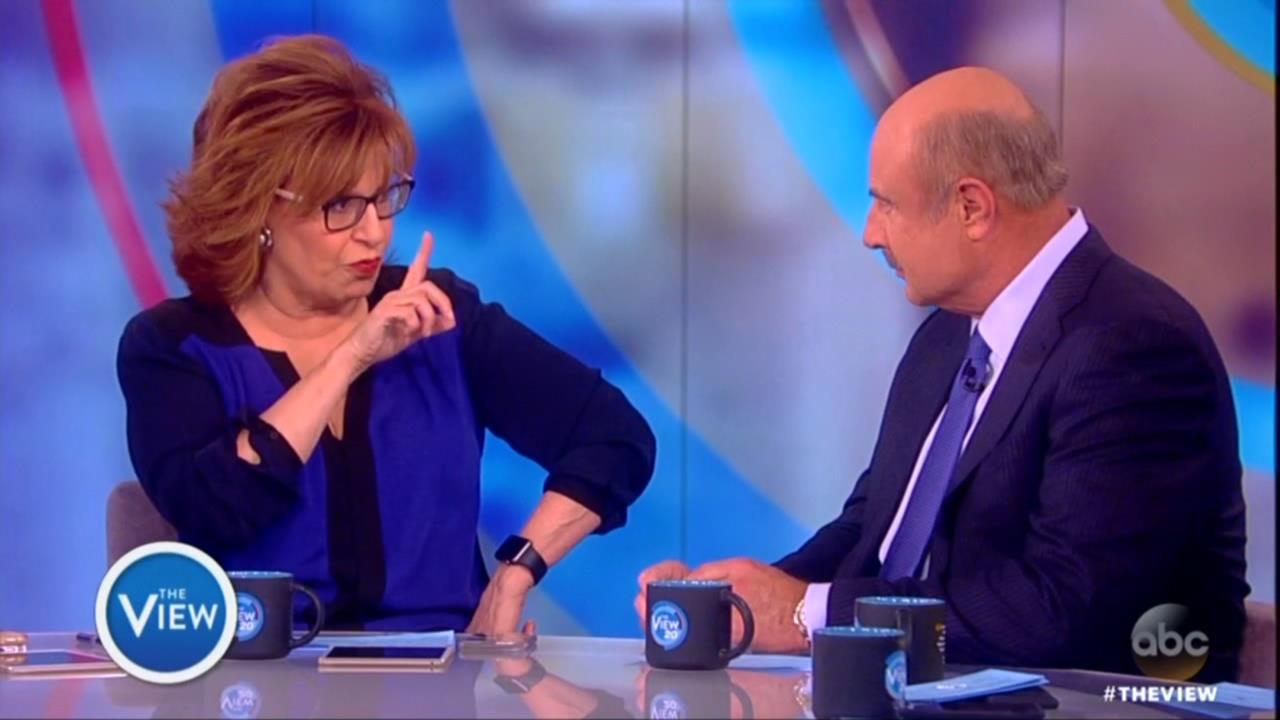 On Thursday’s The View, host Joy Behar begged guest Dr. Phil to diagnose President Donald Trump with a mental disorder. As soon as he appeared at the table, Behar’s first question was if Trump had narcissism and if that made him “fit” to be President.

BEHAR: Therapists, a lot of respected psychologists out there, really big time really big names, are saying that Donald Trump is showing signs of narcissism. Which by the way, one of the symptoms is preoccupied with the fantasies of unlimited power, success and brilliance and they're questioning that he has narcissistic disorder. Number one, do you think that's a mental illness, narcissism, and if so is he fit to be president? [ Applause ]

Dr. Phil didn’t take the bait in labeling Trump as a narcissist, but went through a list of common character traits of narcissists instead. Behar then gleefully “checked” off each one as reminiscent of Trump’s personality.

After that, Dr. Phil explained that many people shared these traits, even some seated “at this table.

DR. PHIL: Well -- well, counselor that's a compound question and I object. [panel laughs] But, you know, people talk about narcissism, they don't really know what it means. So, I brought a list from the DSM5 about what narcissism really is. If I ask people to stand up and define it they wouldn't know. Let's just take a vote. One, has a grandiose sense of self-importance.

DR. PHIL: Two, is preoccupied with fantasies of success power or brilliance. Which she said.[

DR.PHIL: Okay. Three, believes that he or she is special or unique. [laughs]

DR. PHIL: Can only be understood by special people.

DR. PHIL: Has a sense of entitlement, which means is very thin skinned.

DR. PHIL: Lacks empathy, has the inability to stand in other people's shoes.

BEHAR: You know like when he makes fun of people that are handicapped--

DR. PHIL: I'm just reading it. You interpret it however you want. Is often envious of others or believes that others are envious of him or her. Shows arrogant and haughty behavior.

After Whoopi noted that list sounded like “a lot” of different people, Dr. Phil acknowledge that many people shared those traits, even “some at this table.”

DR. PHIL: Well, if you -- that's a lot of people. And if you take out everybody that has any of those characteristics then you're going to take out a lot of people including some at this table.

He then explained that he most of our presidents probably had some kind of mental or emotional “imbalance” at some point because of the stress of the job. To which Behar quipped, “Well, Nixon did!”

DR. PHIL: I doubt that there’s ever been anyone that has sat in the chair of the presidency that didn't have some type of imbalance mentally or emotionally at some point in their life--

DR. PHIL: We all have our hearts broken, we all have things that we go through.

Behar then pushed back, arguing that President Obama was free from any kind of mental imbalance:

BEHAR: Well you can’t just look at President Obama and say he has narcissistic disorder. You can't just say they all have it.

DR. PHIL: I didn’t say they all have it.

BEHAR: Some people have all the things you said. You just checked every one of them.