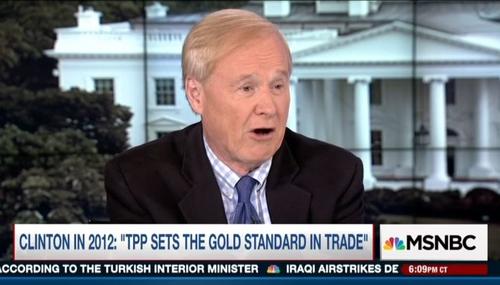 Matthews: ‘Chilling How Good’ Biden Has Been, Touts Love for Trumka

Curtis Houck
June 30th, 2016 9:16 PM
In Thursday’s installment of head-scratching lines uttered by MSNBC’s Chris Matthews, the Hardball host proclaimed that it’s “[c]hilling how good” Joe Biden has been as Vice President and informed guest and AFL-CIO President Richard Trumka that his very appearances on television causes him to be “in a good mood when you come on this show.” 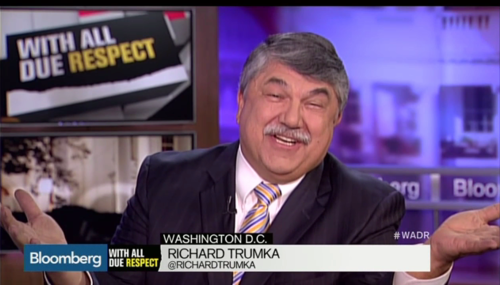 Union Boss Trumka Says He's Not a Capitalist, Either

Mark Finkelstein
October 13th, 2015 6:16 PM
First Sanders, now Trumka—are there any capitalists left on the left? On the most recent Meet the Press, Bernie Sanders made news when Chuck Todd asked him if he was a capitalist.  "No," shot back Sanders, "I'm a democratic socialist." Mark Halperin was obviously taken enough by the question as to pose it on today's With All Due Respect to… Tom Blumer
January 23rd, 2015 4:46 PM
Someone looking at the annual "Union Members" report released this morning by the Department of Labor's Bureau of Labor Statistics would logically conclude that 2014 was a year organized labor would rather forget. While average nonagricultural wage and salary employment increased by over 2.32 million from 2013 to 2014, union membership only went up by 48,000, or about 2 percent of… 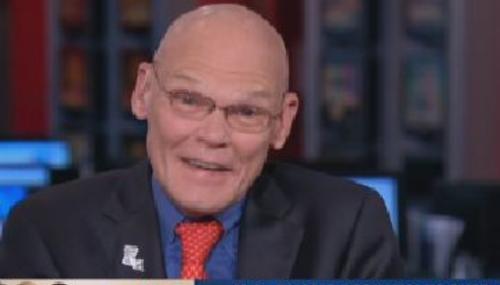 Tom Blumer
September 11th, 2013 10:11 PM
A brief report from the AFL-CIO convention today by Sam Hananel at the Associated Press tells us two things about how the group headed by Richard Trumka plans to expand its membership rolls. The first is that the group wants to add "non-union groups." The second is they wish to enroll "workers who aren't covered by a collective bargaining agreement." Hananel never… 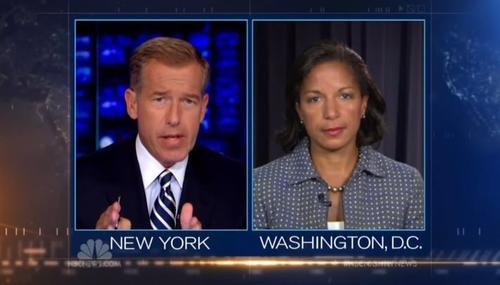 Noel Sheppard
September 4th, 2013 2:07 PM
In the past several months, the left and their media minions have pushed back against claims businesses are trimming worker hours to avoid ObamaCare. During a recent interview, AFL-CIO President Richard Trumka said employers are "restructuring their workforce to give workers 29 and a half hours so they don't have to provide them healthcare." 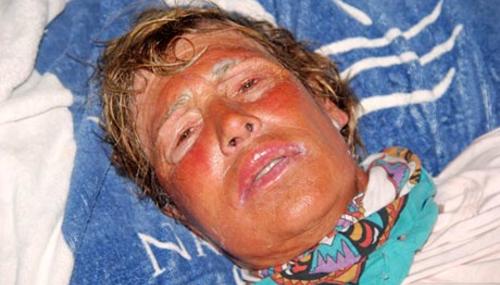 Tom Blumer
September 4th, 2013 12:50 AM
The AFL-CIO has just lost 40,000 of its most militant members, and it's not news at the Associated Press's national site (there is a regional AP story at the Seattle Times) or at the New York Times. It is getting virtually no other establishment press coverage (results at the link are primarily center-right blogs and similar outlets). The departing members are those in the… 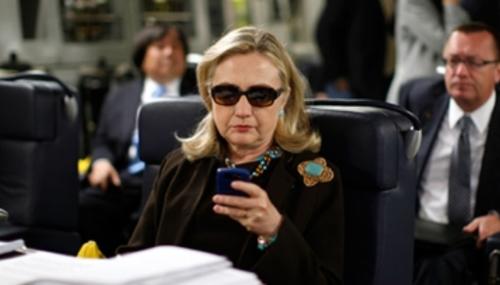 Tom Blumer
September 3rd, 2013 9:34 AM
In a Thursday morning speech, AFL-CIO head Richard Trumka told of how surprised how he was, in the words of Time's Alex Rogers at it Swampland blog, "that employers have reduced workers’ hours below 30-a-week to avoid an employer penalty scheduled to go into effect in 2015." Here's another "surprise" from Rogers' report, at least for those who think that… 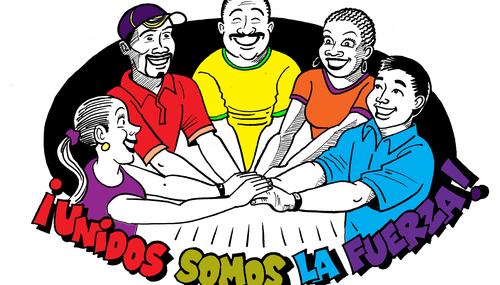 Tom Blumer
April 7th, 2013 12:56 PM
I guess Byron Tau thought he had to make it look like Big Labor is really, really mad at President Barack Obama and the White House so he could make Obama look like he's a moderate on economic and fiscal issues. Thus his Sunday morning post's headline: "Labor targets Obama over proposed benefit cuts." Of course, they aren't "cuts" at all, though they are being… 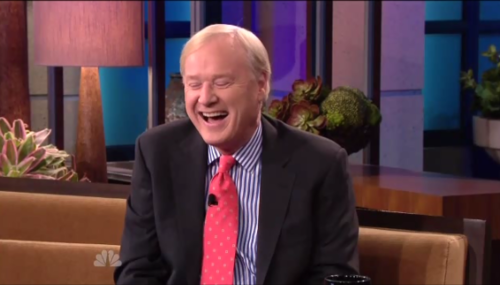 Tom Blumer
November 17th, 2012 8:13 AM
Yesterday, AFL-CIO head Richard Trumka may have broken a modern record for chutzpah exhibited by a labor leader Friday in criticizing management's decision at bankrupt snack maker Hostess Brands to liquidate in the wake of irreconcilable issues with its unions. In a Friday afternoon report at Politico, Kevin Cirilli not only let Trumka get away with it; he also lent the labor leader's… 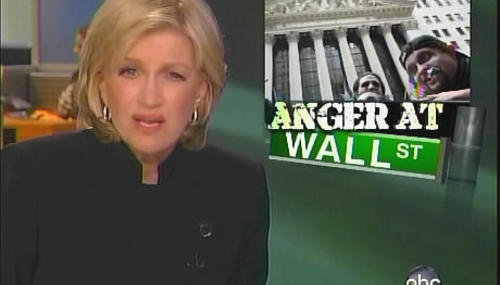 Brad Wilmouth
October 4th, 2011 8:39 AM
The ABC and NBC morning and evening newscasts on Sunday gave attention to President Obama's attack on the Republican presidential candidates for not scolding a couple of audience members who booed a gay solder asking a question at a recent debate. Monday's "Special Report with Bret Baier" on FNC noted that Obama has his own history of standing by without condemning… 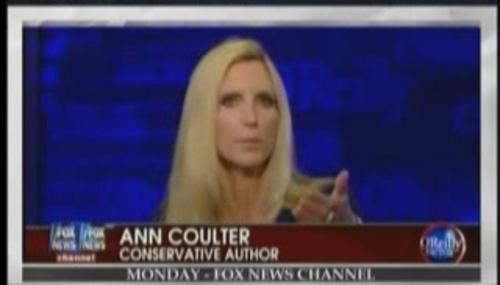 Was Ed Schultz Slamming 'No Labels' Group - or Joe Scarborough

Jack Coleman
December 21st, 2010 9:39 PM
Sounded to me like Scarborough was the actual target. Perhaps you'll agree. Here's the easily angered Ed Schultz on his radio show yesterday, lashing out at the so-called "No Labels" organization whose most prominent members include fellow MSNBC pundit and former Republican congressman Joe Scarborough (audio here) -- 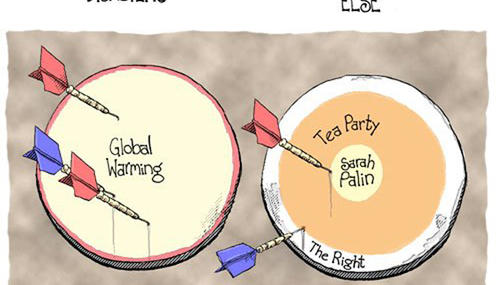 Matthews: Chilean Miners Would Be Dead if They Followed Tea Party's 'E

Geoffrey Dickens
October 13th, 2010 6:40 PM
Leave it to Chris Matthews to shoe-horn in a crass political point against the Tea Party, even in the midst of a heartwarming story like the rescue of the Chilean miners. On Wednesday's Hardball, the MSNBC host, along with his guest Richard Trumka, president of the AFL/CIO, claimed those miners would never have survived if they had followed the "every man for himself"…

Mark Finkelstein
September 9th, 2010 9:35 AM
Perhaps it was just a publicity stunt for his impending MSNBC show, but Lawrence O'Donnell went Crazy Larry on Morning Joe today. The lefty host of The Last Word unleashed on an unlikely target: AFL-CIO head Richard Trumka.  What ignited Larry's tirade was Trumka's professed concern for the contract-negotiations plight of professional football players. O'Donnell was outraged that the union…

Geoffrey Dickens
July 1st, 2010 5:58 PM
Chris Matthews, on Thursday's Hardball, invited on AFL-CIO President Richard Trumka to comment on Barack Obama's immigration policy speech, but the segment ended in typical fashion as the two blamed the Republicans for thwarting true reforms with Matthews accusing them of playing the race card as he boiled down their efforts as merely "pandering to angry white people." Matthews also…