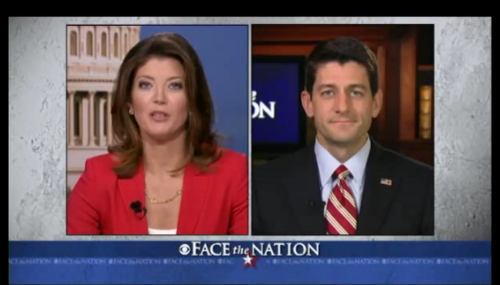 Noel Sheppard
September 9th, 2012 1:23 PM
The media are gushing and fawning over new poll numbers showing Barack Obama getting a bounce from the just ended Democratic National Convention putting him four points ahead of Republican presidential nominee Mitt Romney. Before they get too cocky, they might want to recall that after his convention ended in 1988, Democratic presidential nominee Michael Dukakis led George H.W. Bush by…

Mark Finkelstein
January 27th, 2010 8:31 PM
Call it the unkindest Dukakis of all . . .In the pre-SOTU kibitzing, Game Change co-author Mark Halperin, having read released excerpts of the speech, says it reminds him of the man in the tank, Michael Dukakis.Halperin, who prefaced his punch by professing his respect for PBO et. al, was reacting to Andrea Mitchell, who claimed to hear echoes, of all people, of Ronald Reagan in PBO's remarks.

Mark Finkelstein
August 20th, 2008 11:04 PM
H/t FReeper hotshu.Billed as a roundtable, it played more like a group therapy session for distraught Dems on the verge.  Obama's polls dropping. An inchoate sense this might all be slipping away.  Chris Matthews and his guests for the show-ending "Politics Fix" on this evening's Hardball were united in bemoaning Barack's plight. The host himself was the ultimate downer, analogizing…

Boston Globe Imagines 'What If?' Dukakis Won 20 Years Ago

Brent Baker
August 9th, 2008 6:58 PM
Over a drawing of Michael Dukakis waving in front of Air Force One, the cover story for last Sunday's Boston Globe Magazine posed the question very few have ever wanted answered, but if such people exist they most likely live within the Globe's home delivery area: “What If? Twenty years later, imagining there was a President Dukakis.” While certainly hagiographic, staff magazine writer Charles P…

Tom Blumer
July 9th, 2008 12:26 AM
Although the term isn't used, it's clear that the Obama campaign sees itself and their candidate as victims of a vast conspiracy of right-wingers. Going all the way back to the 1988 presidential election, Obama's "Fight the Smears" chart (featuring the campaign's new sort-of "presidential seal," replacing the one that was "dropped," at the top left) purports to tell…

Mark Finkelstein
May 29th, 2008 11:25 PM
Of all the people to call for a "truce" on excessive partisanship . . . Interviewing Scott McClellan tonight, Keith Olbermann sanctimoniously suggested that a "truce" on rough political tactics "would be nice." But speaking with John Dean just minutes later, the Countdown host—he who has repeatedly called President Bush a liar and a fascist—reverted to form and…