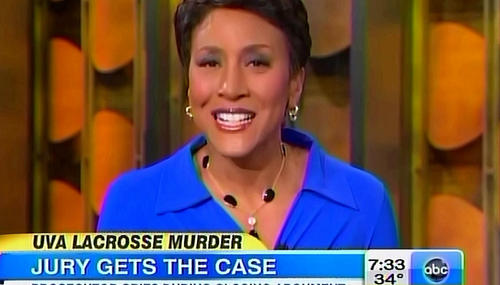 CNN's Don Lemon: 'Why Are There So Many More Examples of Gay Conservat

Noel Sheppard
February 19th, 2012 11:59 PM
CNN's Don Lemon on Sunday asked viewers, "Why are there so many more examples of gay conservative closet cases?" In a segment about homosexual scandals in the Republican Party, Lemon answered his own question saying, "Perhaps the GOP’s own repressive platform is the very thing that forces gay members to live a lie" (video follows with transcribed highlights and commentary): 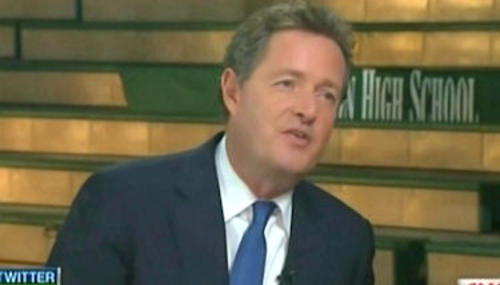 Jack Coleman
June 15th, 2011 3:59 PM
This from a man who describes himself as "an honest broker" -- something those who actually are aren't inclined to do. During an argument with a caller to his radio show Monday about Schultz demanding that erstwhile inveterate Twitter pic taker Anthony Weiner resign from Congress, Schultz made a claim that sounded more than a little dubious (audio here) --

Behar Guest Robert Klein: No Liberals on FNC Since Alan Colmes Was

Brad Wilmouth
June 8th, 2010 8:50 AM
On Monday’s Joy Behar Show, after a segment on long-time journalist Helen Thomas’s recent outburst that Israeli Jews should "get the hell out of Palestine" and "go home" to Germany and Poland, host Behar held over guest and comedian Robert Klein to talk about his comedy show, titled Robert Klein: Unfair and Unbalanced. After Behar asked if the title was meant to be a jab at Fox News, Klein…

Brad Wilmouth
December 3rd, 2009 6:33 PM
On the Thursday, December 3, The View, on ABC, co-host Joy Behar found Tiger Woods worthy of being partially defended over his adultery saga – according to her, at least he’s not a "hypocrite" like "these pro-marriage, right-wing, kind of guys who is anti-gay," like former Republican Senator Larry Craig. As the group discussed the latest news of women who have alleged having affairs with the golf…

Kyle Drennen
March 12th, 2009 4:09 PM
In what was an otherwise critical story about President Obama signing an earmark-laden spending bill despite promising an end to such pork barrel projects, on Wednesday’s CBS Evening News correspondent Chip Reid decided to mention a modest earmark by former Idaho Senator Larry Craig: "And it's not just Democrats, about 40% of the earmarks were inserted by Republicans. Even retired lawmakers.…

Tom Blumer
February 20th, 2009 3:09 PM
Well, isn't THIS interesting. In a December post (at NewsBusters; at BizzyBlog), I reviewed ABC's online "The Faces of Political Scandal" slideshow, which featured mini-profiles of 14 politicians in recent years who have been tainted by scandal and/or crime. At the time, I noted that: Of the 14 politicians identified, seven are Democrats and seven are Republicans. Five of the seven GOP members…

Tom Blumer
December 11th, 2008 9:04 AM
A collection of "The Faces of Political Scandal," assembled by ABC News yesterday (HT to an e-mailer), once again demonstrates the media's relative reluctance to identify the membership of Democrats involved in scandal.Of the 14 politicians identified, seven are Democrats and seven are Republicans. Five of the seven GOP members are identified as such, while only two of the seven Democrats were…

Scott Whitlock
March 24th, 2008 12:35 PM
"Good Morning America" co-host Chris Cuomo somehow managed to make it through an entire segment on Kwame Kilpatrick, the scandal-ridden Democratic mayor of Detroit, without mentioning his political affiliation (other than a brief, non-verbal video graphic). Cuomo described Kilpatrick as the "beleaguered mayor," a "prominent politician," and, simply, "the mayor." In contrast, while GMA's report on…

Rich Noyes
March 13th, 2008 4:42 PM
My colleague Brent Baker has painstakingly documented how the big three broadcast networks have gone out of their way to avoid labeling scandal-scarred New York Governor Eliot Spitzer as a “Democrat.” An examination of the fifteen ABC, CBS and NBC morning and evening news shows through Wednesday night finds Spitzer was called a Democrat just 20% of the time — twice on CBS, once on ABC, and never…

NB Staff
March 12th, 2008 10:44 AM
MRC President and NewsBusters Publisher Brent Bozell appeared on today's "Fox & Friends" to discuss findings by MRC analysts that Gov. Eliot Spitzer's (D-NY) party affiliation (and Hillary Clinton superdelegate status) has been persistently overlooked in broadcast and print media outlets.:BOZELL: ABC and then NBC "Nightly News" two days ago, not once mentioned that he was a Democrat. "Good…

Matthew Balan
March 11th, 2008 11:07 AM
CNN correspondent Carol Costello, in a report on Monday’s "The Situation Room," tried to put the Eliot Spitzer scandal into a better light by focusing entirely on past Republican scandals, and only mentioned two examples of Democrats caught in scandal -- Bill Clinton and Massachusetts Congressman Barney Frank -- in passing.Other than Idaho Senator Larry Craig, Costello brought up Republicans who…

From ABC: A Comprehensive History Lesson in 'Name That Party

Tom Blumer
March 11th, 2008 10:00 AM
NewsBusters posters have already given Old Media deserved grief about its reluctance to pin the Democratic Party label on Eliot Spitzer, who, as of this moment, is still governor of New York (Brent Baker on evening news show coverage; Ken Shepherd on the BBC; Shepherd on the AP). But, as blogger Ace noted last night (warning: some profanity at Ace's link), ABC has outdone the other outlets one…

Ken Shepherd
March 10th, 2008 5:02 PM
Update (18:18 EDT): BBC has updated their article to note the Democratic party affiliation in the 3rd graf (link). Our tipster DB informs us that the BBC's North America editor Justin Webb replied to his e-mail with a promise to "try to get it changed." The BBC initially noted Gov. Eliot Spitzer is a Democrat, in an early draft of an online news article. The mention was in the 6th paragraph. But…