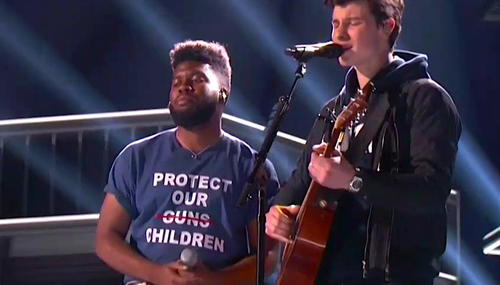 Culture
Alexa Moutevelis
May 21st, 2018 4:25 AM
In the wake of the horrific shooting at Santa Fe High School in Texas, celebrities seized the opportunity to do the same old song and dance on gun control at the 2018 Billboard Music Awards on Sunday night, including one performer who prominently sported an anti-gun shirt on stage.

Some in Media Say ‘No’ to Promoting Hook Ups

Colleen Raezler
April 21st, 2010 11:50 AM
For years, pop culture hyped "hooking up" as fun, easy and largely without consequences. Teens and young adults bought into the hype, much to the chagrin of educators and parents, but some young women who experienced the consequences of these casual sexual encounters are now rejecting the "hook up" culture.  CNN took notice of the changing behavior among college women - and some pop stars…