Gruber a 'Household Name' in LAT Editorial, Despite No News Stories

Tom Blumer
December 11th, 2014 11:20 PM
Tuesday afternoon, Kyle Drennen at NewsBusters observed that the Big Three networks "Appear Finished With Gruber Coverage," and that their Tuesday morning shows had no coverage of the de facto Obamacare architect and his congressional appearance. One factor likely influencing the nets' posture is how original news sources like the Associated Press and the nation's largest… Tom Johnson
December 10th, 2014 6:03 PM
The Talking Points Memo editor and publisher contends that no matter what right-wingers say, Obamacare is “almost certainly the most deeply scrutinized, discussed and argued over piece of legislation of the entire 20th century and early 21st century.” Kyle Drennen
December 10th, 2014 4:18 PM
Despite ObamaCare architect Jonathan Gruber being grilled by both Republicans and Democrats in a Tuesday congressional hearing over his infamous remarks that the health care law was passed due to "the stupidity of the American voter," none of the Big Three network morning shows on Wednesday made any mention of the latest development in the controversy. 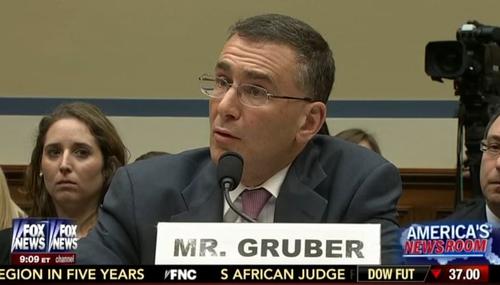 Scott Whitlock
December 10th, 2014 3:14 PM
Three of the nation's major newspapers downgraded ObamaCare architect Jonathan Gruber's testimony to the U.S. Senate, keeping it off the front page. The New York Times on Wednesday demoted the story to page A-20. 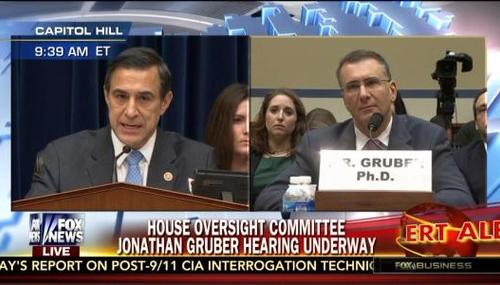 Geoffrey Dickens
December 9th, 2014 4:49 PM
Tuesday’s congressional hearing that featured Jonathan Gruber being grilled about his controversial ObamaCare remarks was carried live by Fox News for 54 minutes, and 53 seconds. CNN and MSNBC didn’t bother to air any of the hearing live. Tom Johnson
December 9th, 2014 10:38 AM
Dylan Scott writes that “Gruber-mania has gripped the conservative mediasphere in a way that few stories have, becoming another brand-name controversy like Benghazi and the IRS,” and that “the larger meaning was baked into Gruber-gate -- there is a hashtag and Gruber can now be used as a verb -- almost immediately.” 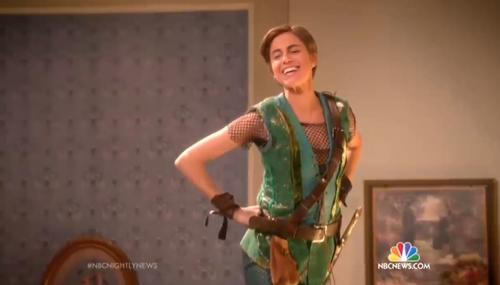 Rich Noyes
December 9th, 2014 8:55 AM
It’s been a month since video surfaced of ObamaCare architect Jonathan Gruber mocking the “stupidity” of voters and boasting about the duplicitous ways liberals pushed through the far-reaching health care law in 2010, and NBC Nightly News remains the only network evening news broadcast to have completely ignored the story. Here are ten stories — some goofy, some self-… 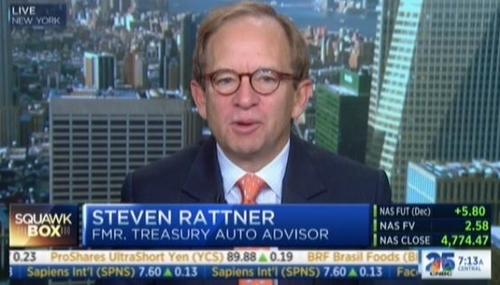 Scott Whitlock
December 4th, 2014 5:31 PM
A former top aide to Barack Obama appeared on CNBC, Thursday, and demolished the narrative, promoted by the administration and some in the media, that Jonathan Gruber is minor figure. Ex-presidential adviser Steven Rattner previously exposed the ObamaCare architect, who lashed out at "stupid" Americans," as an "important" individual. Bozell Slams Networks for Covering Lauten Twice as Much as Gruber Kyle Drennen
December 2nd, 2014 2:33 PM
On Sunday and Monday, the broadcast networks seized on the personal Facebook comments of mid-level congressional staffer Elizabeth Lauten criticizing the Obama daughters – devoting over 14 minutes of national news air time to the controversy in the period of two days. However, it took those same networks several days to even notice the video comments of ObamaCare architect Jonathan Gruber… 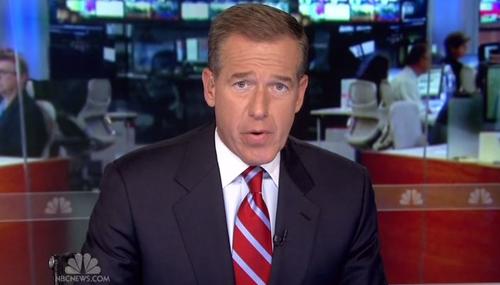 Rich Noyes
December 1st, 2014 8:44 AM
After the grand jury in Ferguson, Missouri, chooses not to indict police officer Darren Wilson, NBC's Brian Williams dubs them "a failure," while as rioters burn buildings in Ferguson, Time magazine posts an essay: "In Defense of Rioting." Newt Gingrich Blasts Obama's Speech: 'This Was a Gruber Speech'

Curtis Houck
November 21st, 2014 12:52 AM
Following President Barack Obama’s speech announcing his executive order on illegal immigration, CNN political commentator and former Speaker of the House Newt Gingrich unloaded on the President, likening his speech to statements made by ObamaCare architect Jonathan Gruber and that those in the “elite” class “really underestimate” the disdain…