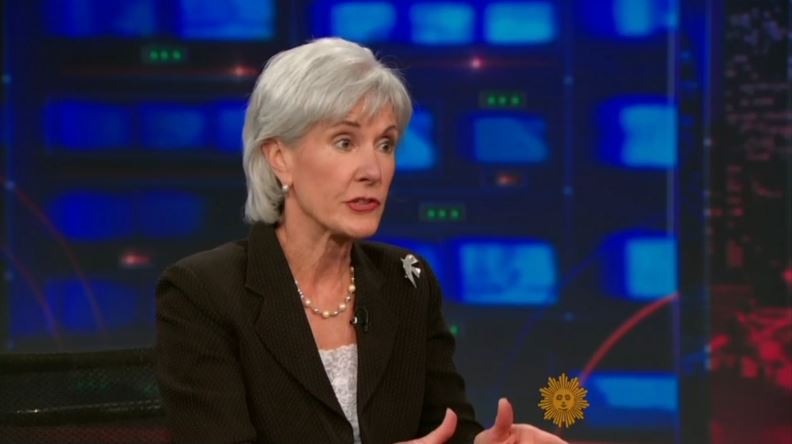 In an interview with USA Today published on its website Tuesday, former Obama administration Health and Human Services (HHS) Secretary Kathleen Sebelius tried to distance herself from the numerous comments by ObamaCare architect Jonathan Gruber, but still found a way to sound like Gruber when explaining why Americans oppose the health care law.

Speaking with USA Today’s Susan Page, Sebelius remarked that “[a] lot of Americans have no idea what insurance is about” and “the financial literacy of a lot of people” can be characterized as “very low.”

Since Sebelius made these remarks, none of the major broadcast networks have covered these disparaging comments on their respective morning or evening newscasts.

On the subject of Gruber, Sebelius said that she has “no idea what Dr. Gruber” is going to say when he testifies before the House Oversight and Government Reform Committee next week “but frankly I don’t think it’s relevant in terms of his personal opinions of what happened.”

She then downplayed Gruber and his role in ObamaCare:

He was not author of the bill itself. He didn't influence the members of Congress who actually wrote the legislation. He is making some headlines, which is unfortunate because I think he's harming the very product that he helped to push forward.

Continuing on that note, she suggested that perhaps “[m]aybe he was in a large room; he could have been on a phone call. But in terms of small meetings, discussing policy, that never happened.”

The former Obama official lamented how “every sentence, every syllable, every misstep” by Gruber has given those against ObamaCare “every opportunity to....say, ‘See, we told you.’” Additonally, she complained that “[w]hat I find very frustrating is there has never been a time when those same individuals actually acknowledge the successes.”

It was at that point in the article that Sebelius began sounding awfully like Gruber:

Still, Sebelius didn't dispute the point that many Americans don't fully understand how health insurance and the Affordable Care Act work, including the trade-offs involved in expanding coverage.

“A lot of Americans have no idea what insurance is about,” she said. “I think the financial literacy of a lot of people, particularly people who did not have insurance coverage or whose employers chose their coverage and kind of present it to them, is very low — and that has been a sort of stunning revelation. It's not because people hid it from folks. It's because this is a complicated product.”

The pattern of not covering remarks going after the intelligence of Americans is far from being a new phenomenon. Following the uncovering of the first Gruber video on November 7, it was not until November 13 when CBS acknowledged Gruber’s remarks on CBS This Morning did the network blackout end.

After that, it was not until November 17 that NBC mentioned Gruber on Today and November 18 when ABC covered him on World News Tonight with David Muir. In a similar fashion, it took some time before any of the major print outlets covered the Gruber controversy.