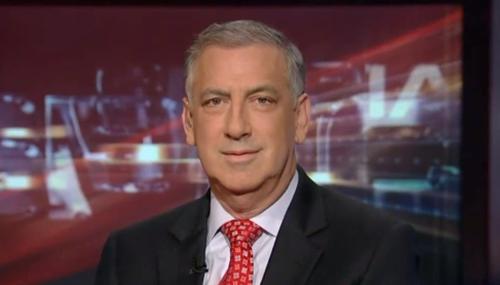 Trippin' With Trippi: All Is Really Well With Hillary's Campaign

Tom Blumer
September 29th, 2015 12:00 AM
In an example of Animal House brought to life, Joe Trippi, Howard Dean's former 2004 campaign manager who during the past few years (until now) seemed reasonably sane, went to the op-ed section of the Los Angeles Times to declare in essence that "All is well" with Hillary Clinton's march to the Democratic Party's coronation — er, nomination. In Trippi's… 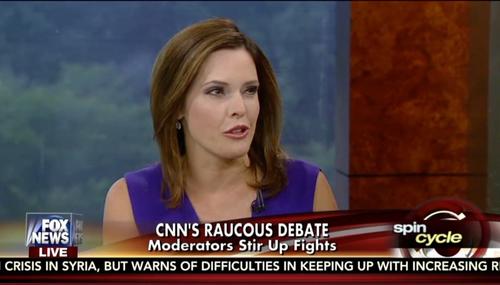 Jeffrey Meyer
September 21st, 2015 12:34 PM
During an appearance on Fox News’ MediaBuzz on Sunday, Republican commentator Mercedes Schlapp compared the recent GOP presidential debate on CNN with that on Fox as being like a “Montessori school” that was “unstructured.” 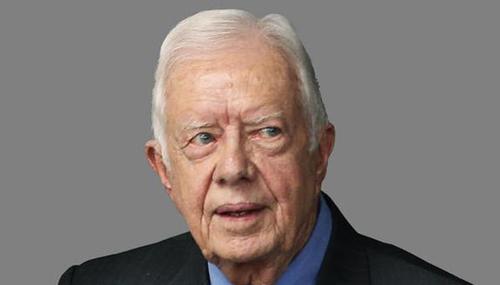 Noel Sheppard
October 16th, 2012 11:20 PM
Conceivably the biggest moment in Tuesday's presidential debate was when moderator Candy Crowley injected herself into the discussion siding with Barack Obama on remarks he claimed he made in the Rose Garden following the attack on our consulate in Benghazi, Libya. Long-time Democrat campaign strategist Joe Trippi said on Fox News shortly after the debate's conclusion that this looked…

Noel Sheppard
November 8th, 2009 9:50 AM
"Saturday Night Live" in its recent installment took shots at the Fox News Channel for what it saw as an amazingly one-sided, anti-Obama take on Tuesday's election results.The skit began with an off-screen announcer declaring, "You're watching Fox News, continuous coverage of the 2009 election -- end of an era."On screen at that moment was a picture of President Obama above a…

Jack Coleman
October 10th, 2009 10:48 PM
Every now and then, though not often, MSNBC has its moments. Like when one of its left-wing pundits has something good to say about Fox News. Yes, that Fox News. On her cable show Thursday night, Maddow and Democratic strategist Joe Trippi were discussing a poll conducted by Opinion Dynamics and reported by Fox.

Tom Blumer
September 14th, 2008 10:48 AM
It has already been established (at NewsBusters; at BizzyBlog) that the Obama campaign's ad ridiculing John McCain's computer skills, including the claim that McCain "can't e-mail," has several reality-based problems: McCain has been an e-mail devotee since 2000, if not earlier, receiving help from a loving spouse to respond to messages, and was described by Forbes Magazine that year as…

Kyle Drennen
April 29th, 2008 4:29 PM
In a particularly dire analysis on Tuesday’s CBS "Early Show," co- host Harry Smith reacted to the recent media tour of Barack Obama’s former pastor, Jeremiah Wright, and declared: "He's being called the 'Pastor of Disaster' for the effect he's having on Barack Obama's campaign. Why is Reverend Jeremiah Wright taking his case to the public now?"Smith began the segment on…

CBS’s Mitchell: How Does Obama ‘Not Denounce Jeremiah Wright

Harry Smith: Hillary Will Boink Bill With Her 'Frying Pan

Mark Finkelstein
March 3rd, 2008 9:04 AM
Here at NB, we're not normally in the business of feeling sorry for MSMers like Harry Smith. But I can't help but express some sympathy for the Early Show anchor at the prospect of the feminist, Clintonite wrath that is likely to descend on his head after a comment he made this morningAmong the metaphors most likely to drive feminists up the wall is that of the angry woman yielding that symbol…

Mark Finkelstein
December 14th, 2007 9:01 AM
Is the MSM deciding that Hillary is irreparably-damaged goods and that it's time to move on to a Dem with a better shot at winning the White House? You might think so after the Today show's dismemberment of the Clinton campaign this morning.Andrea Mitchell kicked things off with sharp stiletto heel.View video here.

Mark Finkelstein
December 13th, 2007 8:36 PM
This is getting wild . ..The Iowa caucuses might be a few weeks off, but MSNBC pundits have already cast a resounding "no" vote in a referendum on Hillary's credibility. A bi-partisan consensus of blatherers today rejected the Clinton campaign's denial of involvement in NH co-chair Bill Shaheen's raising of Barack Obama's past involvement with drugs.Meanwhile, things are getting…

Chris Matthews Agrees 'With the Sentiment' of Left-Wing Protestor

Justin McCarthy
October 31st, 2007 10:59 AM
It is no secret that Chris Matthews is a shill for the Democrats and adamantly opposed to the Iraq War. The former Democratic staffer, who the previous night wrote a speech for Obama attacking Hillary Clinton from the left, endorsed "the sentiment" of a disruptive protestor. After the October 30 Democratic debate, upon interviewing John Edwards campaign strategist Joe Trippi, a lone…