VIDEO Video: Chris Matthews's Night of a Thousand Gaffes; OK, It Was Only Three or Four, But Still Funny

Live television, particularly news broadcasting, is bound to have the occasion slip-up or gaffe here and there. Some nights are much better than others and some much worse. Tonight, MSNBC Hardball host Chris Matthews had four such slips of the tongue, including confusing an NBC reporter's name with that of a movie star.

Halle Berry on Being Related to Sarah Palin: 'Isn’t That the Worst Thing You Can Imagine?'

Appearing on NBC's Tonight Show Monday, Berry said, "Isn’t that the worst thing you can imagine?” (video follows with transcribed highlights and commentary): 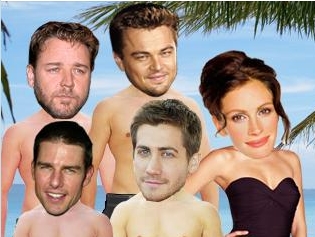 As media members continue to accuse the Tea Party of being racist due to the supposed lack of minority members, there is a conspicuous absence of diversity in blockbuster movies coming out of Hollywood this summer.

"With the notable exception of 'Karate Kid,' headlined by Jaden Smith and Jackie Chan, most of the big-budget films hitting over the next few months star Caucasian actors," wrote Brent Lang of TheWrap Wednesday.