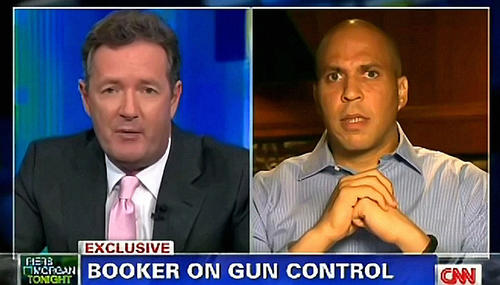 Noel Sheppard
August 16th, 2012 10:30 AM
It seems that even the CBS Late Show audience has a limit to how much Mitt Romney bashing it will take. On Wednesday night, David Letterman was booed for depicting the presumptive Republican presidential nominee as a male model on The Price Is Right (video follows with transcribed highlights and commentary):

Drew Carey Says Libertarians Can ‘Get Away’ in Hollywood, but Cons

Anthony Kang
March 20th, 2010 10:52 PM
According to actor and comedian Drew Carey, Hollywood is not the intolerant blackballing liberal utopia many deem it to be. In fact, Hollywood is very accepting of the right-wing crowd - except for that fringe, radical segment known as conservatives. "In Hollywood, you can pretty much get away with being a libertarian," Carey told John Stossel on the Fox Business Network. "But if…

Is ABC Committing Sexual Discrimination With All Female ‘View