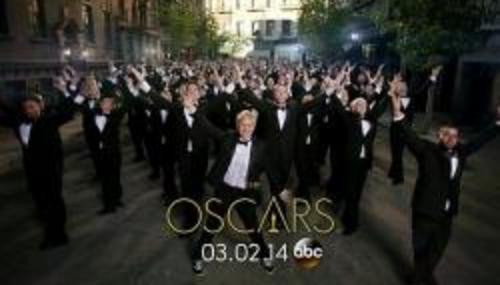 Julia A. Seymour
February 27th, 2014 11:53 AM
The Tea Party is now five years old. On Tax Day 2009, one CNN correspondent went off on Tea Party protesters. Here is the blog I posted on Newsbusters that day: April 15, 2009, about CNN's report from Chicago. CNN is finally covering the tea parties - by attacking the participants. After anchor Anderson Cooper made an obscene sexual joke about attendees, CNN correspondent Susan Roesgen rudely… 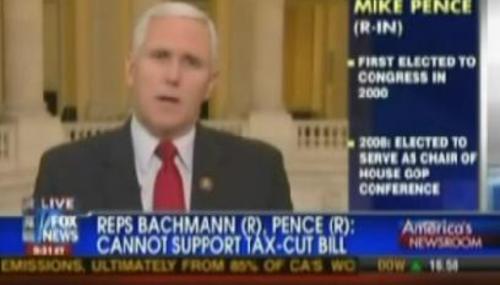 After Two Years of Disrespect, CNN Now Teams Up with Tea Party for GOP

Rich Noyes
December 21st, 2010 10:46 AM
Late last week, CNN announced its plan to team up with the Tea Party Express to co-sponsor a Republican presidential debate in September. While this creates the possibility that Republican candidates will actually face questions of interest to Republican primary voters (as opposed to the typical liberal media agenda), it’s also probably the first time a media organization will partner with a…

Essay: The Age of Entitlement and Our Just Desserts

Matt Philbin
April 16th, 2010 3:24 PM
There is a scene in Hamlet when the prince tells Polonius (the Joe Biden of medieval Denmark) to look after the newly arrived theater troop, making sure they are "well used." Polonius sniffs, "My lord, I will use them according to their desert." "God's bodykins, man," snaps Hamlet, "much better: use every man after his desert, and who should 'scape whipping?" Obviously, Polonius and…

Is CNN Reaching Out to Conservatives for Publicity

Rusty Weiss
April 8th, 2010 1:23 AM
In what is generally being interpreted by most as a surprise move, CNN has recently decided to cover the Tea Party movement from an angle foreign to most in the main stream media - combating stereotypes that are heavily promoted by liberals.  There is no doubt that the piece by Shannon Travis, Reporter's notebook: What really happens at Tea Party rallies, deserves credit for being one of the…

Matthew Balan
April 7th, 2010 3:38 PM
CNN political producer Shannon Travis surprisingly acknowledged that the mainstream media has stereotyped the Tea Party movement in a Wednesday article on CNN.com: "When it comes to the Tea Party movement, the stereotypes don't tell the whole story." Travis continued by emphasizing positive aspects of the nascent grassroots movement and noting the presence of minorities.The producer's article,…

CNN's Lavandera Zeroes in on Tea Party's 'Lack of Diversity

Matthew Balan
March 31st, 2010 6:48 PM
On Wednesday's American Morning, CNN's Ed Lavandera focused on the "overwhelmingly white" turnout at the rallies sponsored by the Tea Party Express organization and played up the criticisms that there is an "anti-minority undertone" at the demonstrations.Lavandera, who is covering the Tea Party Express' cross-country tour, highlighted the race issue from the beginning of his report, which first…

Matthew Balan
February 3rd, 2010 3:54 PM
[Update, 5:24 pm Eastern: Audio and video clips from Acosta’s report added.]CNN’s Jim Acosta continued his network’s bias against tea party protesters on Wednesday’s American Morning by depicting them as “recession raging,” and questioned one participant over her depiction of President Obama as the personification of death: “Do you think having the President dressed up as the Grim Reaper is a…

Matthew Balan
October 29th, 2009 12:38 PM
CNN’s Campbell Brown was quick to point out the apparent biases of competitors MSNBC and Fox News during her program on Wednesday, but ignored that of her own network as she tried to portray it as unbiased: “Some of us, like my colleagues here at CNN, are still trying to do journalism....I’m not critical of what my friends at Fox News and MSNBC do, but it is apples and oranges when compared to…

Noel Sheppard
July 17th, 2009 10:52 AM
The last time we saw CNN correspondent Susan Roesgen, she was arguing with folks at the April 15 Tea Party in Chicago claiming the event was "anti-government, anti-CNN [and] highly promoted by the right-wing conservative network Fox."Although CNN officials won't blame the decision specifically on this event, the network has decided not to renew her contract.All together now: Aaaaaawwww.As…

Seton Motley
April 22nd, 2009 4:20 PM
Ladies and Gentlemen, The Lamestream Media The media coverage of the more than 800 Taxed Enough Already (TEA) Party protests that took place in all fifty states on April 15 ranged from disdainful dismissal of their nature, significance and import, to outright hostility towards the events and individual participants, to sexual innuendo-based full-on ridicule…

Stephen Gutowski
April 20th, 2009 9:42 PM
Susan Roesgen, the hack who harassed tea party goers, was a driving force behind the flawed Jena 6 narrative that circulated the MSM cesspool back in 2007. The level of professionalism which made her famous on tax day has clearly been par for course in Roesgen's career. Patterico has uncovered the extent of her involvement pushing the absurd and reprehensible racially charged narrative:

Noel Sheppard
April 19th, 2009 5:23 PM
In today's You've Got To Be Kidding Me moment, former CNN personality Frank Sesno scolded Fox News for its coverage of last week's Tea Parties while defending the disgraceful behavior of Keith Olbermann and Susan Roesgen.This from a man who is now a professor of media and public affairs at George Washington University.Appearing on CNN's "Reliable Sources," this was Sesno's opinion of the Tea…

Noel Sheppard
April 19th, 2009 1:11 PM
After Susan Roesgen unprofessionally attacked attendees of Wednesday's Chicago Tea Party, she and the network she represents were summarily booed and chided by those in the crowd.This eventually resulted in Party goers chanting "Liberal Bias," "CNN Sucks," and "CNN Go Home!"This new revelation appeared in a video posted at YouTube. Let's see how long it lasts (video embedded below the fold,…