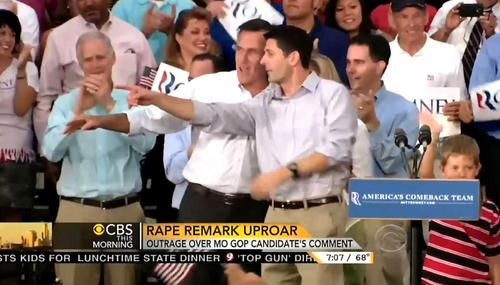 Matt Hadro
August 20th, 2012 11:32 AM
CNN already understands why the Family Research Council (FRC) was labeled a "hate group" by the liberal Southern Poverty Law Center (SPLC). On Saturday, CNN gave more credibility to the SPLC as anchor Randi Kaye cited the group as a credible source on "hate groups" in the U.S. right after quoting their explanation for the FRC's "hate group" label. "Statistics show hate groups are on the rise… 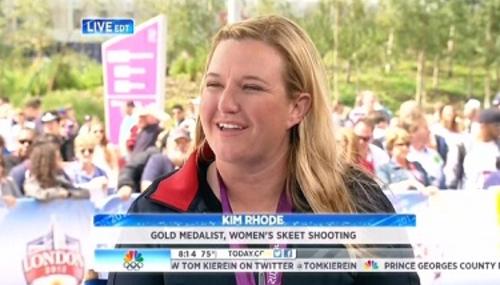 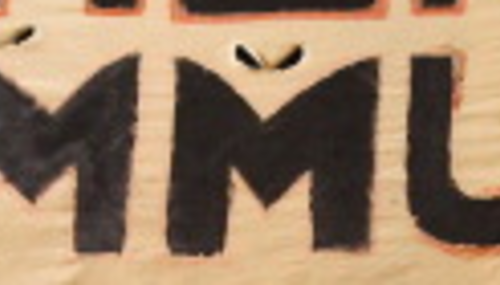 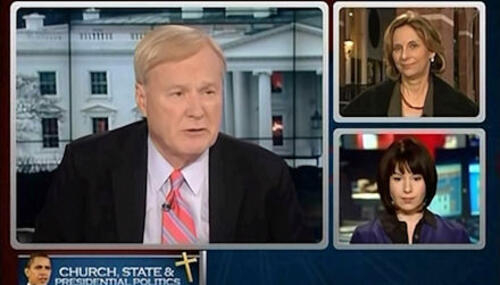 Matt Hadro
February 8th, 2012 5:20 PM
CNN host Randi Kaye was eager to provide same-sex marriage supporters with a stately platform on Wednesday afternoon. In her interview of the plaintiffs in the case to overturn California's ban on same-sex marriage (Proposition 8), she gleefully asked them about their wedding plans. Then Kaye teed them up again with this softball question: "Are you considered heroes by those who support same-… 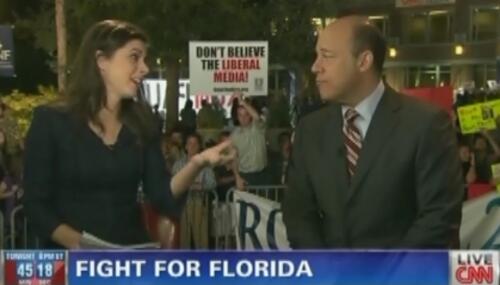 Matt Hadro
January 26th, 2012 5:08 PM
Once again, CNN aired a coming-out story that could have doubled as a promotional piece for the GLBT community. Anchor Randi Kaye interviewed the openly-gay grandson of televangelist Oral Roberts on Thursday afternoon and she let him explain how he wanted to change conservatives' minds by giving them a "new visual" of gay couples. Of course, one can wonder if CNN would have interviewed… 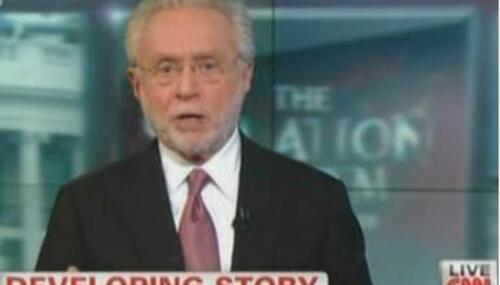 Matt Hadro
December 20th, 2011 5:30 PM
When asked how both parties would handle an ultimate failure to extend the payroll tax cut, CNN’s Wolf Blitzer immediately painted the scenario as a big advantage for the Democrats. “Well it’ll be great ammunition for the Democrats, because they’ll obviously blame the Republicans, especially House Republicans,” Blizter asserted during the 2 p.m. hour of Newsroom. Blitzer didn’t say how… 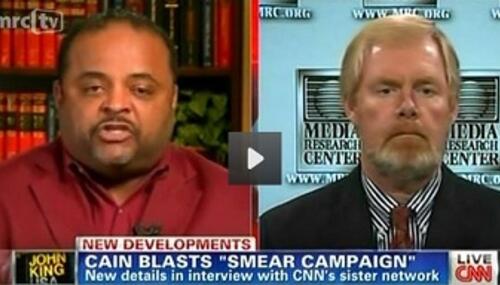 Matt Hadro
November 1st, 2011 4:16 PM
CNN used an "In Depth" segment on Tuesday to emphasize the diversity among protesters at Occupy Seattle, featuring a rapper, a group of "Raging Grannies," drummers and more. The report during the 12 p.m. hour was one of multiple segments that ran on Tuesday afternoon giving viewers a close-up look at the Wall Street protests. The sympathetic look at the protesters can be contrasted with CNN'… 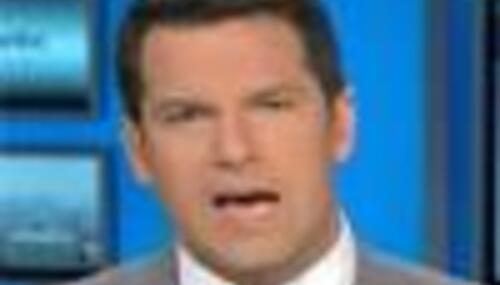 Matt Hadro
October 5th, 2011 6:34 PM
During the 1 p.m. hour of Tuesday's Newsroom, CNN's Randi Kaye touted the potential for the "Occupy Wall Street" protests around the country to morph into a "left wing Tea Party." Kaye reported that the group is "gaining momentum" and hosted one of the protestors for a soft interview. "The scene from Wall Street as the numbers multiply and the message gets louder, it seems the 'Occupy Wall… 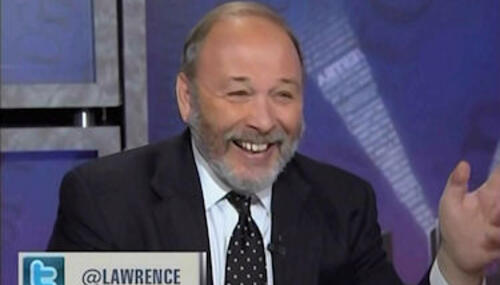 Matt Hadro
May 26th, 2011 5:03 PM
Attempting to offer a defense of Ed Schultz, CNN's Randi Kaye told guest Howard Kurtz Thursday that "there are mixed interpretations" of the term "slut," which Schultz called conservative talk show host Laura Ingraham Thursday. Kaye also referred to Laura Ingraham's response to Schultz as "biting," proving that she possibly was harder on Ingraham than on tyrant Sadaam Hussein back in 2006. "… 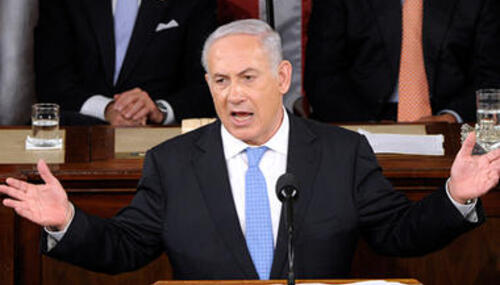 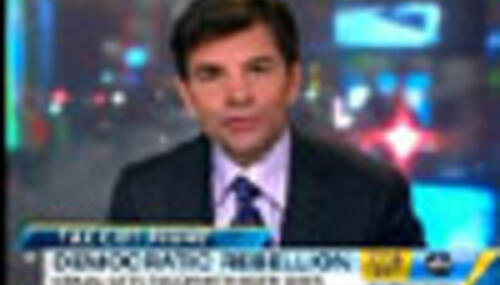 Matt Hadro
April 7th, 2011 4:40 PM
Along with other institutions and people who will be impacted by a government shutdown, CNN spotlighted, throughout the day Thursday, the "grave" plight of museums and parks that may be forced to a "screeching halt" in the "height of tourism season." CNN devoted its entire 2 p.m. EDT news hour to the possible government shutdown and what its consequences would be. Anchor Randi Kaye began… 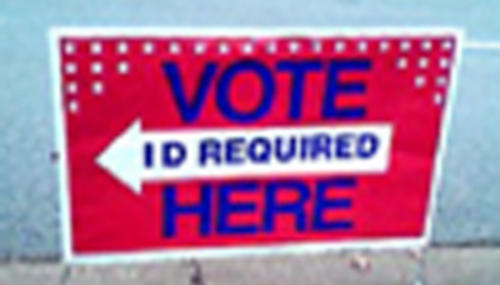 Scott Whitlock
March 7th, 2011 4:27 PM
According to CNN, a relatively minor misstatement by John McCain was worth replaying four times in the span of an hour. Newsroom host Randi Kaye repeatedly focused on a comment by the senator that the iPad and iPhone are "built" in America. (In fact, they are designed in California, but assembled in China.) A CNN graphic trumpeted, "McCain's Made-in-America-Flub." Kaye breathlessly related…

CNN’s Randi Kaye on the 'Obama-Clinton Power Duo:' 'Today Was a Good

Matthew Balan
March 12th, 2009 4:55 PM
CNN correspondent Randi Kaye gushed over the “dynamic duo” of Michelle Obama and Hillary Clinton, whom she heralded as “a powerful duo -- a duo women want on their side.” The two first ladies had made a joint appearance at President Obama’s announcement of the new White House Council for Women and Girls, and Kaye’s report, which aired on Wednesday’s Anderson Cooper 360, made it seem like it was…