Isn't it just a laugh riot! We keep asking the White House for information about the Air Force One flyover incident by Lower Manhattan and they keep responding with evasions.

Isn't this just too funny!

That pretty much sums up the attitude of Time Magazine towards the Air Force One flyover affair as you can see in this  article by Mark Thompson and Michael Scherer:

Brian Alexander, an MSNBC.com contributor with his Sexploration column, has apparently delved into the world of political commentary with this new piece which ties conservatives to viral racism in the media.

The title itself is a little misleading:

Take a look at some of the views coming from Antonia Zerbisias, columnist for the Toronto Star's Living section. Zerbisias, posted on her Twitter site she wished renown conservative Michelle Malkin were shot.

"Forget the Marxists. I wish the marksmen would take @MichelleMalkin. I'm thinking Dick Cheney. He's such a great shot," Zerbisias wrote on the social-networking site Twitter.

Zerbisias has trumpeted her left-wing stance on women's issues over the past year, taking hard line positions on abortion.

See below fold for image

By Matt Philbin | April 20, 2009 2:47 PM EDT
When American citizens assert conservative principles, as they did last week with the tea party protests, it has a strange effect on liberals. They get angry. Some get in touch with their inner Beavis and Butthead, giggling endlessly over lame sexual innuendo. Some, like Rolling Stone political reporter Matt Taibbi, just get downright misogynistic.

UPDATE AT END OF POST: DHS cited Pittsburgh cop killings as a "recent example of the potential violence associated with a rise in rightwing extremism."

Days after liberal media representatives blamed conservative talkers for cop killings in Pittsburgh, Pennsylvania, and a week before Tea Party protests will sweep the nation, the Department of Homeland Security issued a report warning that the recession as well as the current political environment could lead to acts of violence from "domestic rightwing terrorists."

Its contents read like the paranoid accusations of liberal bloggers and leftwing shills on MSNBC and elsewhere:

Los Angeles's NBC television affiliate must not have gotten the memo telling them that they should not utter the name of ACORN (Association of Community Organizations for Reform Now), lest anyone reach the "wrong" conclusions.

NBC Los Angeles is the only media outlet I have found thus far to identify ACORN's presence in a story about a "disruptive display of disobedience" by members the United Teachers Los Angeles (UTLA) at a school board meeting Tuesday (the story credit is to "Associated Press/NBC Los Angeles," but as you will see later, I found no AP story containing an ACORN reference).

Here is the story headline that the Google News crawler apparently originally found:

Look at how it changed.

There's nothing in Santos's story Wednesday about the fact that the leader of this alleged "grass-roots effort," ACORN, receives funding from the federal government through various federal programs and third-party groups, or that it registered thousands and thousands of ineligible voters during the last presidential campaign. Instead, readers were treated to 1,260 words of "power to the people" sloganeering straight from ACORN without a single dissenting voice.

As resistance to foreclosure evictions grows among homeowners, community leaders and some law enforcement officials, a broad civil disobedience campaign is starting in New York and other cities to support families who refuse orders to vacate their homes.

The Obama economic adviser who doesn't want infrastructure "stimulus" spending to only benefit "white male construction workers" is angry at Rush Limbaugh, Sean Hannity, and Michelle Malkin for having the nerve to report his racist remarks the mainstream media compliantly boycotted for several weeks.

In an open letter posted at his blog Saturday, former Clinton Labor Secretary Robert Reich accused the trio of "manifestly distorting [his] words and pulling them out of context."

Ironically, Reich used as his character reference the George Soros-funded Clinton front-group Media Matters for America which on a daily basis manifestly distorts people's words and pulls them out of context (h/t Michelle Malkin):

Yesterday, details discovered about Treasury Secretary nominee Timothy Geithner's tax situation moved it to well past the level of an "honest mistake."

You wouldn't know it from the Associated Press's Julie Hirschfeld Davis, who, as I noted yesterday (at NewsBusters; at BizzyBlog), continues to run interference for him. A story from Thursday afternoon that has since been dynamically updated had a final paragraph alluding to the fact that Geithner had signed annual statements acknowleding his obligation to pay his own payroll taxes (Update: That Thursday afternoon story is still at Breitbart). That paragraph is not present in the story as updated at 3:13 a.m. this morning (saved here for future reference). Even that paragraph, when it was present, didn't note that Geithner had applied for and received reimbursement for payroll taxes he didn't pay.

First, here are key paragraphs from Davis's cheerleading roundup, including disconcerting statements of support for Geithner from many who should know better:

2009: The Year of the Newspaper Bailout?

Michelle Malkin called it, as did several NewsBusters commenters. Their prediction was that newspapers on the brink would be asking for government bailouts.

It came to pass in late November that seven Connecticut legislators asked the state's Department of Economic and Community Development for help in keeping the New Britain Herald and the Bristol Press afloat. A JPEG of the full letter with three of the seven signatures is here. Alleged GOP Governor Jodi Rell is apparently sympathetic.

A Wednesday "analysis" piece by Robert MacMillan of Reuters reports that the state agency is indeed "offering tax breaks, training funds, financing opportunities and other incentives for publishers, but not cash."

Here are other key paragraphs from MacMillan: 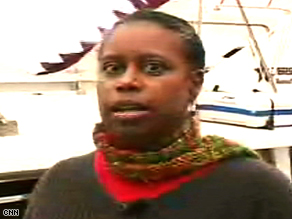 Urgent:  Update Below the Fold!

CNN, as is their typical style, has ignored facts and reality when reporting an incident involving an encounter with a Gaza relief boat, and an Israeli patrol boat.

Karl Penhaul, a CNN correspondent aboard the pleasure yacht known as Dignity, and frequently on the wrong side of an issue, was pretty much allowed carte blanche in recalling the incident -- an incident which was as much publicity stunt for the so-called Free Gaza Group and former Congressnut Cynthia McKinney, as it was peacekeeping mission -- while the report simultaneously shrugged off the Israeli point of view.

The presentation clearly wants you to believe that the Israeli boat was hostile and went well out of their way to attack the ‘peaceful' minded vessel.  In reality though, it was nothing more than a typical group of protestors who use the word ‘peaceful' as a security blanket in their malicious efforts to defy authority, whether it be the authority of the United States government, or in this case, the Israeli navy.

A report via the Atlanta Journal Constitution (H/T Michelle Malkin) indicates the pre-determined goal of the mission (emphasis mine throughout):

Former Georgia congresswoman Cynthia McKinney is a high-profile member of a boatload of activists that set sail Monday from Cyprus to deliver medicine to war-torn Gaza... To quote tennis player John McEnroe, "You cannot be serious!"

Newsweek is exploring the possibility of a baby boom being sparked by the "euphoria of Obama fans."

Jessica Bennett of Newsweek comes firing out of the gates with the somewhat disturbing headline, "Change You Can Conceive In."  She quickly follows that up in the sub-headline, posing this question:  Could euphoric Obama fans be sparking a baby boom?

Creepiness factor aside, does this really constitute serious journalism?

The opening for some reason feels it important enough to find out if Barack Obama himself, was conceived on the day that John F. Kennedy was elected.

It continues after the break: