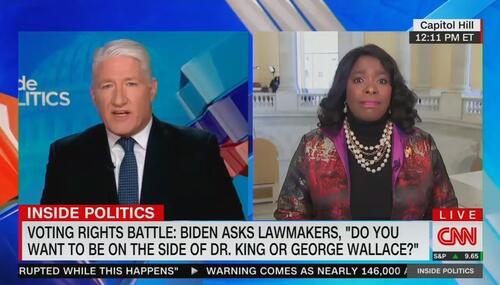 On Wednesday's Inside Politics, CNN host John King pushed the angle that President Joe Biden has not done enough to push a far-left agenda on voting laws as he confronted his Democratic guest, Alabama Congresswoman Terri Sewell, from the left on the issue. 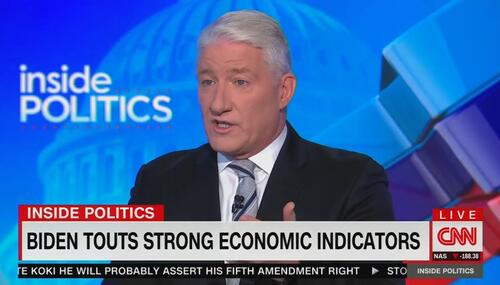 CNN Panel Blames Everyone But Biden For Poor Polling

Joe Biden is the president of the United States, but CNN seems to think that it’s “not quite fair” to hold him accountable for the economic failures of his administration. Two-thirds of Americans disapprove of Biden’s handling of inflation, and on Tuesday’s Inside Politics, host John King and a panel discussed other people and organizations that they could blame for these abysmal numbers.… 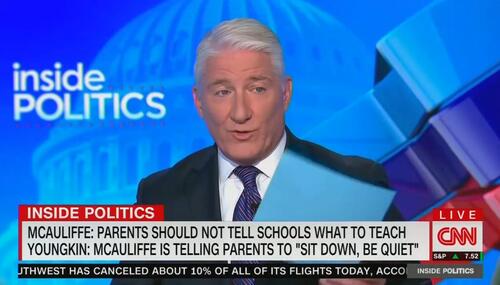 CNN’s so desperate to defend Democrats they will even claim a cringeworthy statement made by a Dem during a debate must’ve been “edited” or taken “out of context!” On Inside Politics this afternoon, host King and CNN analyst Margaret Talev of Axios talked about the Virginia governor’s race coming up this November between Democrat Terry McAuliffe and Republican candidate Glenn Youngkin…

On Friday, several journalists across multiple media outlets emotionally remembered where they were on 9/11, connections they had to the victims, and how they managed to cover the horrific attack on America 20 years ago.

Inside Politics host John King and CNN chief political correspondent Dana Bash reacted to President Biden's new vaccine mandate on Friday by praising him for going after Republican governors who allegedly are anti-science. 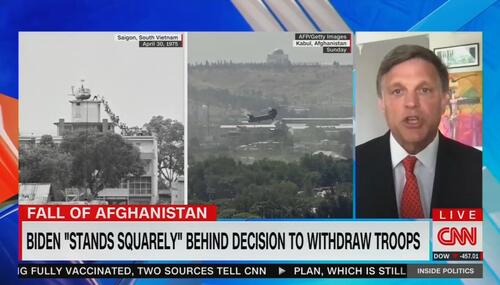 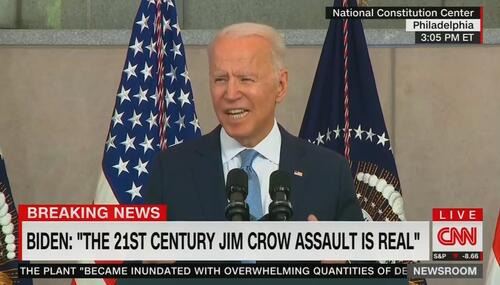 Following President Biden’s speech on voting that was full of incendiary rhetoric, CNN decided Biden hadn’t gone far enough on Tuesday, accusing him of having brought “a butter knife to a fight against a nuclear bomb” even though he offered “a remarkably important message” that equated his adversaries to worse than Confederates where, if you support voter security measures, you endorse “the… 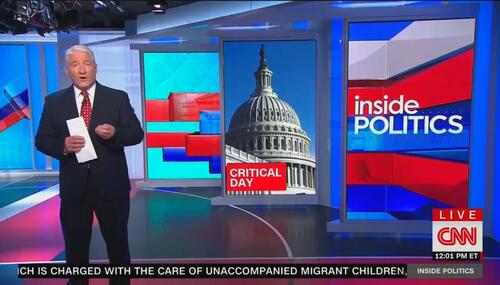 CNN's Inside Politics host John King appeared to realize on Tuesday that the Democrats' "voting rights" bill was doomed, and he channeled despondent Democrats like Sen. Jeff Merkley calling the impending defeat "policy and political Armageddon." 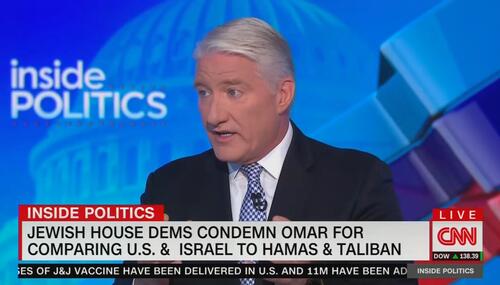 CNN Wonders How Dems Will 'Settle Their Differences' With The Squad

The Inside Politics panel discussion led by host John King on Thursday about Minnesota Rep. Ilhan Omar comparing the U.S. and Israel to Hamas and the Taliban was less interested in Omar's actual comments, than how the "Democratic family" will learn how to live with its differing opinions. 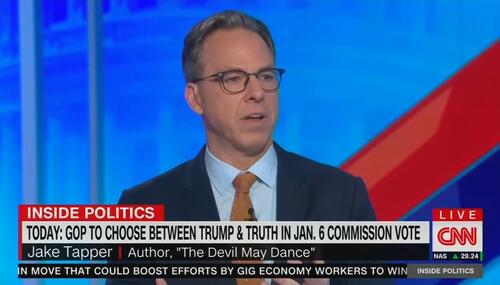 CNN's Jake Tapper is a company man, and the company is now returning the loyalty by helping him plug his new novel repeatedly on CNN. And if this can match with their 24/7 loathing of Donald Trump, that's even better. Tapper joined Inside Politics host John King on Thursday to promote his new novel The Devil May Dance and it quickly turned into how today, Donald Trump is...…