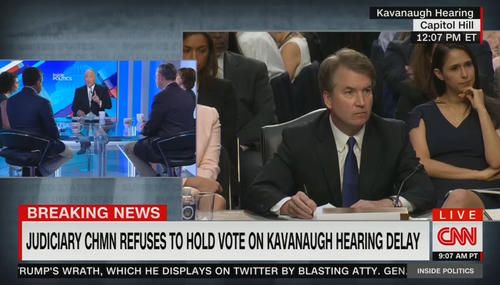 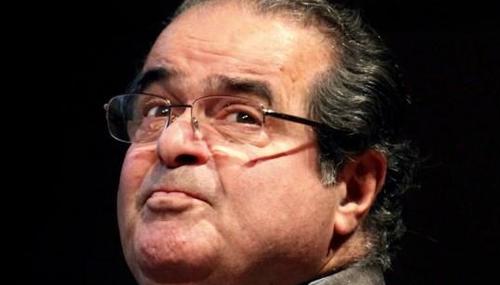 AP, The Hill Ignore How Supreme Court Disruptor Was Inspired By Occupy

Matthew Balan
February 28th, 2014 4:17 PM
The Associated Press and The Hill both reported on Noah Kai Newkirk shouting down the Supreme Court justices in their chamber, but ignored his far-left political affiliation.  On Thursday, the wire service merely identified Newkirk's organization as "protest group 99Rise." Mario Trujilo of The Hill gave some a bit more information on Friday, but failed to disclose that 99Rise…

Brent Baker
June 17th, 2010 1:32 PM
The “deeply polarized confirmation process in the Senate” has “undercut Obama's effort to significantly infuse the federal courts with more women and minorities,” USA Today's Joan Biskupic fretted in a Wednesday front page article in which she refused to identify Obama's nominees as liberals as she attached the positive “diversity” patina to Obama's agenda without any regard for the irony such “…

Geoffrey Dickens
July 13th, 2009 5:32 PM
Over the weekend, on his syndicated "The Chris Matthews Show," Chris Matthews asked his media panel if Barack Obama was governing as "more clearly a radical like FDR was, or more like a true conservative?" The latter part of the question -- the rather absurd proposition of Obama being a conservative -- actually drew a couple of affirmatives from the panel. The USA Today's Joan…