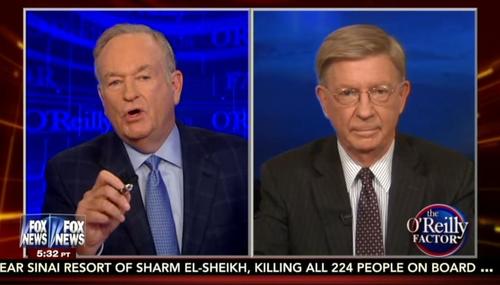 Tom Johnson
November 14th, 2015 12:31 AM
The war of words between Bill O’Reilly and George Will over the long-term effects on Ronald Reagan of the 1981 assassination attempt amounts to a loose thread that could eventually cause the unraveling of conservatism, argued Sean Illing in a Friday article. Illing opined that “conservatism, as a governing philosophy, continues to resonate because of Reagan’s perceived success” -- “perceived”… 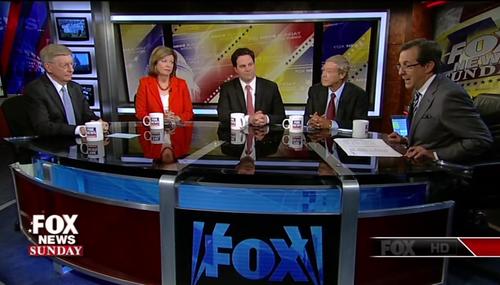 Jeffrey Meyer
September 6th, 2015 10:08 AM
After Hillary Clinton gave a rare interview with MSNBC’s Andrea Mitchell about her ongoing e-mail issues, the political panel on Fox News Sunday took the former Secretary of State to task for her refusal to fully take responsibility for her use of a private e-mail server. Conservative columnist George Will dismissed Clinton’s claim that she “absentmindedly set up an alternative e-mail system” as… 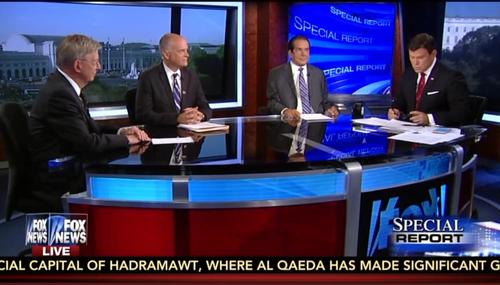 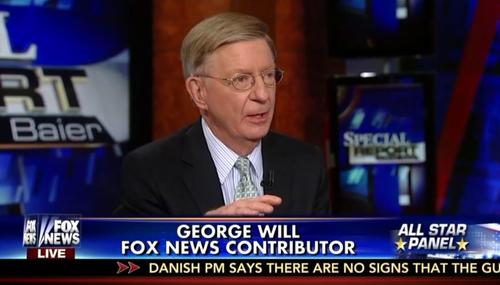 Curtis Houck
February 17th, 2015 12:46 AM
On Monday night, the panelists on the Fox News Channel (FNC) show Special Report excoriated the Obama administration for saying in a statement that the Coptic Christian men from Egyptian beheaded by ISIS in a video along the Libyan coast were “Egyptian citizens” and labeling Islamic State fights as merely “ISIL-affiliated terrorists” instead of further identifying them as Muslims or Islamic… 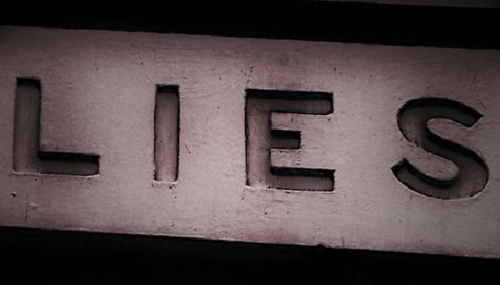 Tom Blumer
January 13th, 2015 3:17 PM
The feminist-leftist fever swamp is apparently thrilled to have learned of a North Dakota University "study" purporting to show that almost one in 3 college men would commit rape "if nobody would ever know and there wouldn’t be any consequences." I'll get to the study's specifics shortly, but first want to note that the work, published in December, automatically discredited itself in its body's… 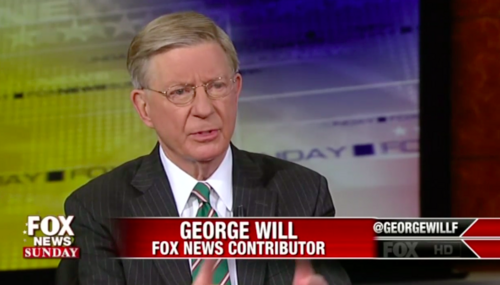 Jeffrey Meyer
December 21st, 2014 2:27 PM
Conservative columnist George Will appeared on Fox News Sunday to discuss the Sony hacking scandal and the fate of liberalism in America. Speaking during a panel discussion, Will argued that Sony’s decision to pull the Interview was “self-censorship” and “there are two great citadels of American liberalism unchallenged in America, Hollywood and college campuses.” 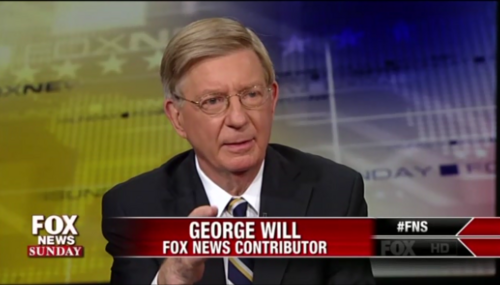 Tim Graham
December 11th, 2014 6:30 PM
USA Today’s website is carrying a report that “controversial” and “conservative” columnist George Will is drawing protests after being selected as a commencement speaker at Michigan State University. But the protesters aren’t leftists, they’re “advocates for sexual assault survivors.” They aren’t protesting another speaker, unlabeled “filmmaker Michael Moore.” 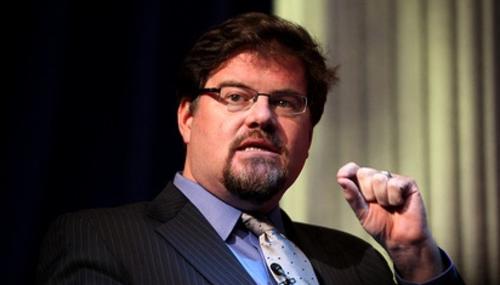 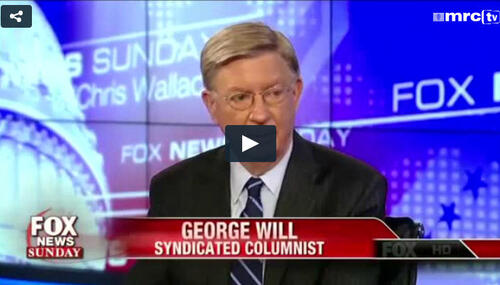 Will: ‘Seinfeld Election’ an Effort to ‘Preemptively Deny’ GOP Mandate

Brent Baker
November 2nd, 2014 11:03 AM
Responding on Fox News Sunday to a question from a Facebook user about the lack of a Republican agenda in this election, George Will zinged the media’s effort to undermine the expected GOP victories: “I think what Tim is echoing is the belief that this is a Seinfeld election, an election about nothing, which is what the media says every time there’s a danger that the Republicans are going to get… 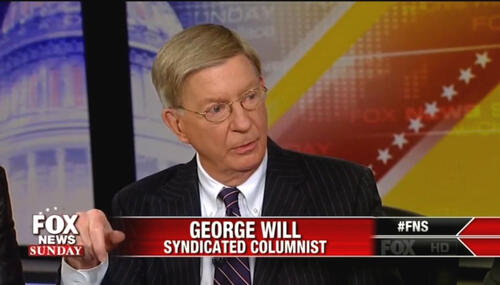 Verboten: George Will Disinvited From Speaking at California College

Tim Graham
October 7th, 2014 7:17 AM
The liberal media are quite apathetic toward the lack of diversity – when it comes to conservatism, or say, critics of Islam. Twitchy reported on Monday that columnist George Will was disinvited from a speech – not a commencement address – for a column leftists truly hated about the new bureaucratic machinery created to fight sexual assault allegations on campus. (After a "Fire George Will"… 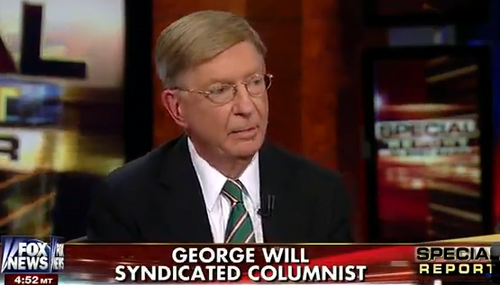 Will Weighs in on How Poorly Obamanomics Has Worked in Illinois

Tom Blumer
October 5th, 2014 2:09 PM
On Thursday, President Barack Obama did something Republicans have inexplicably been reluctant to do. He nationalized the impending midterm elections by telling a friendly audience at Northwestern University that "I am not on the ballot this fall ... But make no mistake: These policies (of my administration) are on the ballot -- every single one of them." That evening on Fox News's Special… 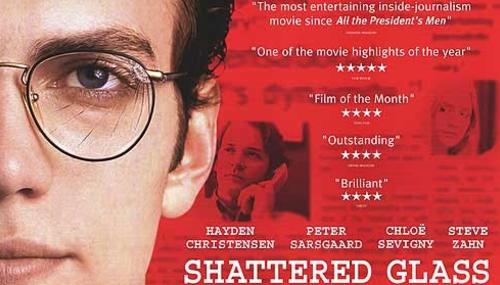 Tim Graham
September 19th, 2014 2:42 PM
On Tuesday night’s All Things Considered, NPR anchor Robert Siegel awarded a seven-and-a-half minute interview to The New Republic and its editor, Franklin Foer. The magazine is celebrating its 100th anniversary with a new book called “Insurrections of the Mind.” Siegel found time to ask about a Hendrik Hertzberg book review trashing Ronald Reagan as a “child monarch,” which he described as a “… 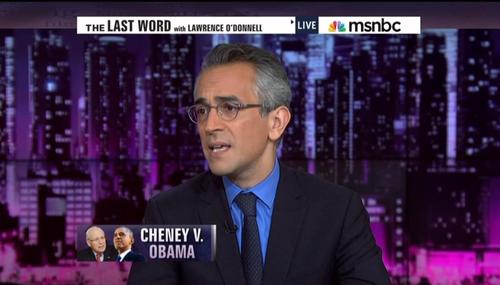 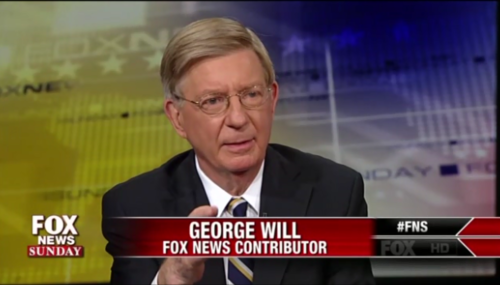 Politico: George Will Is An Old White Guy, So He Never Should Have Wri

Tim Graham
June 11th, 2014 1:30 PM
Feminists are demanding Washington Post columnist George Will be fired for a Sunday column on campus sexual assaults. Politico media reporter Hadas Gold wrote “the reception from progressives went about as well as expected when an older, white, male conservative columnist writes about college sexual assaults.” So an old white guy can’t write about the excesses of liberalism? Free speech for…