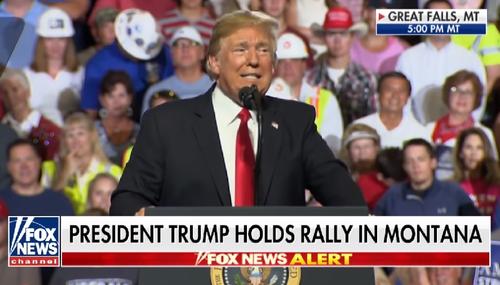 P.J. Gladnick
July 7th, 2018 9:06 AM
David A. Graham of Atlantic magazine, using the July 5 Trump rally in Montana as a basis for his evidence, is claiming that such rallies have become stale. Actually they have become stale but only if you believe Graham's very selectively edited version of that rally. Of course between his fantasy and the highly entertaining reality there is a yuuuge gap.