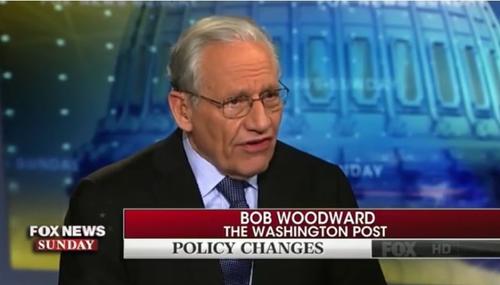 Tim Graham
April 18th, 2017 6:33 AM
One of the hotter articles on the Washington Post website on Sunday raised serious questions about a Post legend: Bob Woodward. A new book from journalist Barbara Feinman Todd chronicles her career in aiding three Post "icons" as well as Hillary Rodham Clinton. She says Woodward ruined her book deal with Hillary by breaking a promise to her.

Clay Waters
June 16th, 2010 3:16 PM
Clark Hoyt filed his last column as the New York Times's Public Editor: "A Final  Report From Internal Affairs," praising the cooperation of Times reporters and editors during his term and fending off accusations that the paper is a "liberal rag." Hoyt admitted the editorial page and columnists are liberal and that the paper "shares the prevailing sensibilities of the…

Anthony Kang
March 24th, 2010 4:01 PM
And you thought a couple of plucky young conservative activists with a camera brought down ACORN. Nope. It's the arch-conservative New York Times that did in the noble community organizing group, or so says The Huffington Post in "Why ACORN Fell: The Times, Lies, and Videotape." "Because of its pivotal role in bringing down ACORN," Peter Drier and John Atlas wrote in their…

Clay Waters
September 28th, 2009 11:08 AM
New York Times Public Editor Clark Hoyt's latest column tackles the ACORN scandal -- or as Times readers know it: "What ACORN scandal?" In "Tuning In Too Late," Hoyt criticized the Times for its lack of coverage of the juicy ACORN imbroglio, an omission that has prodded the paper into creating a new semi-position. It's assigned an editor to monitor opinion media and catch…

Lachlan Markay
September 27th, 2009 3:08 PM
The New York Times announced today that it would appoint an editor to monitor 'opinion media'. In an attempt to respond to criticism that it has been too slow to pick up on stories first reported by conservative blogs and talk show hosts, the Times acknowledged poor coverage, but denied a political agenda.The self-proclaimed 'paper of record' was extremely slow in picking up on two recent stories…

Clark Hoyt Credits His Own Paper

David Gerstman
January 12th, 2009 5:39 AM
Yesterday, the Public Editor of the New York Times, Clark Hoyt defended his coverage of Israel's war against Hamas. Unsurprisingly, he took the "since both sides criticize us we must be correct" approach. Surprisingly, his attempt, "Standing between Enemies," was marred by a particularly stupid mistake.In order to show that the Times shows diligence in ferreting out fake news…

Clay Waters
October 7th, 2008 8:45 PM
In his weekly column, New York Times Public Editor Clark Hoyt ludicrously argued that Barack Obama has gotten tougher coverage since January 2007 (when Obama entered the race) than John McCain:By my count, The Times has published more tough articles on Obama, 20, than on McCain, 13, since the beginning of last year.The Times has never filed any story targeting Obama that remotely approaches the…

Clay Waters
September 22nd, 2008 9:16 PM
New York Times Public Editor Clark Hoyt evaluated two tough political stories in the Sunday Week in Review, one anti-McCain, the other anti-Palin. While he found the McCain piece fair, he faulted the anti-Palin piece. In both cases, Times reporters and editors rallied to the defense of the pieces, finding McCain guilty of "demonstrable falsehoods" and Palin of "sometimes petty,…

NYT: Edwards Scandal Not Our Style, Unproven McCain Affair Is

Noel Sheppard
August 10th, 2008 11:35 AM
Astounding hypocrisy alert!Although the New York Times published a lengthy front page hit piece in February alleging without any proof that John McCain had an affair with a lobbyist eight years ago, it is now claiming that it chose not to report on the John Edwards love child scandal because it's “classically not a Times-like story.” I guess sex scandals are only "Times-like" when they'…

Brent Baker
May 5th, 2008 7:54 PM
“Mainstream media coverage of the Reverend Jeremiah Wright has drawn a round of barking from some of their own in-house watchdogs,” FNC's Brit Hume noted in his Monday night “Grapevine” segment. Hume started by highlighting how PBS ombudsman Michael Getler criticized the soft approach of Bill Moyers in his interview with Wright: “Inflammatory, and inaccurate, statements that Moyers himself laid…

Clay Waters
February 25th, 2008 2:17 PM
You know the Times had a bad week when even Clark Hoyt, the paper's public editor (and often toothless internal watchdog) thinks its big McCain blockbuster reeked:Bill Keller, the executive editor of The Times, said the article about John McCain that appeared in Thursday's paper was about a man nearly felled by scandal who rebuilt himself as a fighter against corruption but is still "…