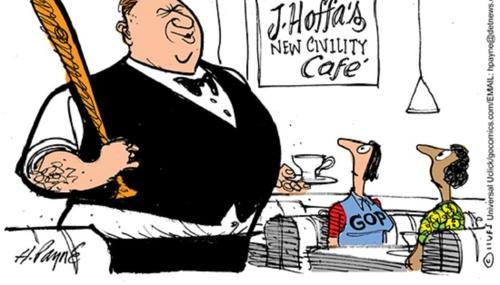 Noel Sheppard
August 18th, 2010 11:06 AM
Mark August 18, 2010, on your calendar as the day New York Times columnist Maureen Dowd published a piece bashing Barack Obama and praising George W. Bush.This comes less than 24 hours after CNN.com did exactly the same thing over the same issue.Needless to say, Dowd's position in her column entitled "Our Mosque Madness" went completely contrary to public opinion regarding the building…

Noel Sheppard
July 21st, 2010 10:38 AM
Conservative talk radio host Rush Limbaugh has responded to reports that an NPR producer wrote gleefully about his death in an e-mail message to the now infamous JournoList.As NewsBusters reported Wednesday, the Daily Caller's Jonathan Strong published some more of the liberal group's e-mail messages which included Sarah Spitz claiming that she would "Laugh loudly like a maniac and watch his…

Tim Graham
July 21st, 2010 8:28 AM
Jonathan Strong of the Daily Caller has more shocking e-mails from liberal journalists today. He starts with an NPR producer who admits flaming hatred for Rush Limbaugh: If you were in the presence of a man having a heart attack, how would you respond? As he clutched his chest in desperation and pain, would you call 911? Would you try to save him from dying? Of course you would.But if that man…

York: Obama Can Treat Media with Contempt Since He Knows They’ll Alw

Brent Baker
May 26th, 2010 1:04 AM
The Washington press corps “have only themselves to blame” for President Obama refusing to answer their questions at White House events, exemplified by how he hasn’t held a press conference in ten months, Washington Examiner chief political correspondent Byron York contended in his Tuesday column, “Fawning press now gets cold shoulder from Obama.” After all, “Obama treats them with contempt…

Tom Blumer
April 29th, 2010 2:38 PM
An unbylined Associated Press item carried at NPR quotes President Obama as follows about Arizona's recently enacted immigration law-enforcement measure: The president is repeating a blatant falsehood about the Arizona law that has gained instant currency in the establishment press and leftist circles. It has no basis in fact, or in the legislation Grand Canyon State Governor Jan Brewer…

Noel Sheppard
November 11th, 2009 1:59 PM
A rather stunning Gallup poll was released Wednesday showing Republicans moving ahead of Democrats in which Party registered voters support in next year's Congressional elections.As Gallup reported in its summary, this is a rare occurrence in the almost sixty years since the polling organization has been tracking generic voter preferences for the House of Representatives.Given media's downplaying…

Noel Sheppard
October 24th, 2009 2:27 PM
Do you think National Pubic Radio political editor Ken Rudin took some heat for comparing President Obama to Richard Nixon Wednesday?Such seems to be the case given his somewhat groveling apology posted at his blog Thursday.Before we get there, here's what Rudin said about the White House's current feud with Fox News on Wednesday's "Talk of the Nation" (h/t Byron York):

With Obama as President, Media Not Interested in Casket Coverage

Brent Baker
September 16th, 2009 3:31 PM
NewsBusters under-covers media bias in the Butte, Montana media market, so when Best of the Web's James Taranto caught some in the Montana Standard, I decided to jump on it. On Tuesday, the newspaper, part of the Lee chain, announced it would carry Byron York's column each Tuesday and introduced York by explaining how he isn't the typical conservative ogre: York, a staunch conservative, presents…

Brent Baker
September 9th, 2009 9:33 AM
In his column in Tuesday's Washington Examiner, Byron York, who in a Friday blog post recounted “The Van Jones (non) feeding frenzy,” asked: “Why did the press ignore the Van Jones scandal?” The chief political correspondent for the paper answered: “The question may not be so much who they are, as who they hate, or at least who they intensely dislike.” York pointed out: The first words of the […

With Obama In Office Kossacks Not So Worried About War

Noel Sheppard
August 18th, 2009 10:13 AM
When George W. Bush was in the White House, one of the leading anti-war voices in the nation was the ultra-liberal website Daily Kos.Now that Barack Obama is President, the wars in Afghanistan and Iraq are mysteriously no longer of such great concern to the Netroots.I guess the anti-war movement was much more about getting Bush out of office than getting our troops out of harm's way. Such was…

Noel Sheppard
June 22nd, 2009 9:54 AM
For the second time in less than 48 hours, NPR's Juan Williams accused the press of not doing their job in properly reporting the deeds and doings of America's new President Barack Obama.Having accused the news media of "kowtowing to the Obama administration" during Friday's "Special Report" on FNC, Williams went even further on Sunday's "Fox News Sunday" (h/t…