Dan Gainor appeared on Fox News's "Fox and Friends" to talk about the latest issue of Time magazine, which had a Photoshopped cover of World War II Marines raising a tree instead of the American flag at Iwo Jima.

Gainor told viewers of the Saturday morning broadcast April 19, "Time magazine basically tried to co-op an icon of American heroism to push their global warming agenda. They're trying to claim that their war against global warming is similar to what our veterans endured during WWII."

For years, NewsBusters has made the case that foreign press outlets do a far better job of covering both sides of the manmade global warming debate than American media.

As you watch the video embedded to the right, notice the respect and courtesy Carter is given by host Allan Lee as he calmly and methodically explained the position of climate realists without being insulted or referred to as a "denier."

Compare that to the disgraceful job ABC's Dan Harris did last month when he interviewed Dr. S. Fred Singer on "World News" in a segment entitled "Welcome to 'The Denial Machine'" that actually began:

They had to really be looking for this, but ABC's April 17 "World News with Charles Gibson" has found something else for parents to be concerned about.

This time it is artificial turf on sports fields.

"It's become part of the American landscape - synthetic turf, durable and soft," ABC correspondent Sharyn Alfonsi said. "It's everywhere, from stadiums to neighborhood soccer fields. But now, questions over whether those fields are safe. Health officials in New Jersey randomly tested synthetic turf fields across the state. Two of the fields had lead levels so high they closed them."

Do we all get free wooden shoes? Barack Obama didn't say. But he does have an Impossible Dream to cut poverty that would make Don Quixote proud. Put people to work . . . building windmills. His idea came in response to a question at last night's Compassion Forum on CNN from Jim Wallis, a leading member of the religious left whose focus is "social justice." Wallis wanted Obama to commit to a new War on Poverty.

JIM WALLIS: As you reminded us a week or two ago, when Dr. Martin Luther King, Jr. was killed 40 years ago, he wasn't just speaking about civil rights. He was fighting for economic justice. Was about to launch a poor people's campaign. Yet, four decades after the anniversary of his death, the poverty rate in America is virtually unchanged and 1 in 6 of our children are poor in the richest nation in the world. So in the faith community, we are wanting a new commitment around a measurable goal, something like cutting poverty in half in ten years. Would you commit -- would you at this historic compassion forum, commit to such a goal tonight and if elected, tell us how you would mobilize the nation, mobilize us to achieve that goal?

ABC Slams Americans as 'Most Wasteful People on the Planet'

According to ABC reporter Elizabeth Vargas, "Americans are the most wasteful people on the planet. We use more than any other people on the planet." The network correspondent's America bashing came as she appeared on Friday's "Good Morning America" to promote a new "20/20" special on how United States citizens haphazardly abuse such amenities as showers and diapers. [Audio available here]

While appearing in front of hundreds of prop-diapers, Vargas lectured, "Well, if everybody lived like [the United States], we would need four, at least four, planet Earths to meet our resource demand and our dumping ground demand." Now, while Vargas did claim that the diapers she used would be given to a hospital, throughout the segment many more diapers, bottles and cut-down trees appeared as props. The question needs to be asked, did "20/20" and the National Geographic network, who co-produced a companion program, waste products, while at the same time haranguing the United States for doing the same thing? 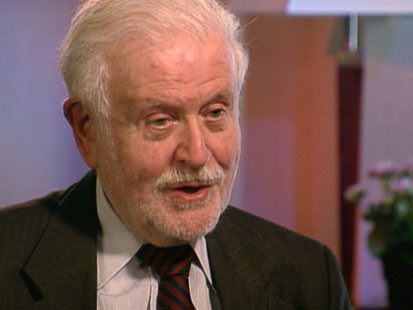 In a segment disgracefully entitled "Welcome to 'The Denial Machine,'" anchor Dan Harris disparaged Singer at every turn.

With a picture of Singer behind his right shoulder, under which was displayed the words "THE SKEPTIC," Harris began (video available here): This certainly hasn't been the winter climate alarmists wanted to prove that global warming is destined to destroy the planet if we don't immediately cease and desist emitting that awful carbon dioxide into the air.

After all, not only has the cooling trend continued, but despite warnings that America was going to have so little snow that ski resorts across the fruited plain would all go bankrupt, the winter of 2008 produced record amounts of the white stuff in many parts of the country.

As reported by MLive.com, you can count Ann Arbor, Michigan, amongst the heavily snowed upon (emphasis added):

Hollywood is about to release a remake of the science fiction classic "The Day the Earth Stood Still."

This time, rather than coming to earth to warn us about our dangerous foray into the nuclear age, Klaatu and Gort have returned to caution us about -- wait for it -- global warming!

Honestly, you can't possibly make this stuff up!

As marvelously reported Friday by Vic Holtreman of Screen Rant (his delicious picture to the right, emphasis added):

[Update, 5:39 pm Eastern: The Acton Institute's office in Rome has provided an English translation of Bishop Girotti's interview. In it, the bishop has his own criticism for the media. "[I]t is necessary also to denounce the emphasis given to the media that on a daily basis casts discredit on the Church.]

A supposed list of "new sins" from the Vatican, such as pollution and genetic manipulation, made headlines across the world on Monday. The list actually didn’t come from any official Catholic Church document, but from an interview of a bishop that was published in L'Osservatore Romano, the "semi-official" newspaper in Vatican City, and it exposed the mainstream media’s fundamental misunderstanding of Christianity in general, and the Catholic Church specifically.

L'Osservatore Romano printed the interview of Gianfranco Girotti, a bishop who is a member of the Vatican’s Supreme Tribunal of the Apostolic Penitentiary, in its March 9 edition. In it, Girotti discussed "new forms of social sin," and gave examples such genetic manipulation and drug trafficking. Girotti, who is the number-two official at the Tribunal, is in the mid-level of the Vatican’s bureaucracy, and wouldn’t make any official decisions on behalf of the Catholic Church.

Despite Girotti’s lack of real authority, the mainstream media hyped up the interview as being authoritative. The Daily Telegraph’s website claimed that Girotti’s list of "new forms of social sin" "replaces the list originally drawn up by Pope Gregory the Great in the 6th Century, which included envy, gluttony, greed, lust, wrath and pride." Reuters’ article reported that "the Vatican has told the faithful that they should be aware of "new" sins such as causing environmental blight." CNN’s Wolf Blitzer, on Monday’s "The Situation Room," even went so far to say that "some Christian teachings say love thy neighbor and don't lie, cheat, or steal? But might would one more virtue be added -- go green? Find out why the pope says polluting the planet is a sin." And Pope Benedict XVI wasn’t even the one who was interviewed by L'Osservatore Romano!

By Noel Sheppard | March 4, 2008 10:22 AM EST
By now most people are aware that the founder of The Weather Channel, John Coleman, said global warming is "the greatest scam in history" last November.

On Monday, while speaking at the 2008 International Conference on Climate Change being held in New York City, Coleman took his criticisms further by advocating that all those involved in the sale and marketing of carbon credits, including Al Gore, should be sued "to finally put some light on the fraud of global warming.”

As reported over at the Business & Media Institute by my colleague Jeff Poor (emphasis added throughout, h/t to many):

Global warming alarmist Anne Thompson has shown a propensity for having little regard for economic reality.

Thompson offered viewers on the February 21 broadcast of the "NBC Nightly News" a variety of reasons why building a badly-needed coal-fired power plant in an isolated part of Nevada is a bad idea.

"Critics say emissions are exactly the issue, because coal-fired power is the nation's biggest producer of CO2 emissions," Thompson said in a February 21 report from Ely, Nev. "That's why Nevada is in the center of this fight. The Ely energy center, which would sit in this valley, along with the other two proposed coal-fired plants, could more than double those greenhouse gas emissions, sending another 31 million tons into the sky."

Yesterday my colleague Noel Sheppard noted that some Anglican bishops are urging their flocks to go "carbon" free during Lent. Along the same eco-insanity line, Chicago Tribune's religion blogger Manya Brachear submitted a post on Tuesday wondering if there's a "moral obligation" that Catholic priests have to urge their parishioners to go "fishless" or vegetarian on Fridays given concerns about mercury contamination:

Roman Catholic bishops once urged parishioners to observe meatless Fridays as a year-round act of penance. Since Vatican II, bishops have upheld meatless Fridays only during Lent, the 40 days leading up to Easter. The only exception is fish, prompting an annual run on seafood markets and a slew of fish fries in place of church potlucks.

But the dangers of eating tuna and swordfish, which scientists say is loaded with mercury, might be more flagellation than bishops had in mind. With Lent beginning Wednesday, should clergy encourage their flock to give up certain kinds of fish or go vegetarian?