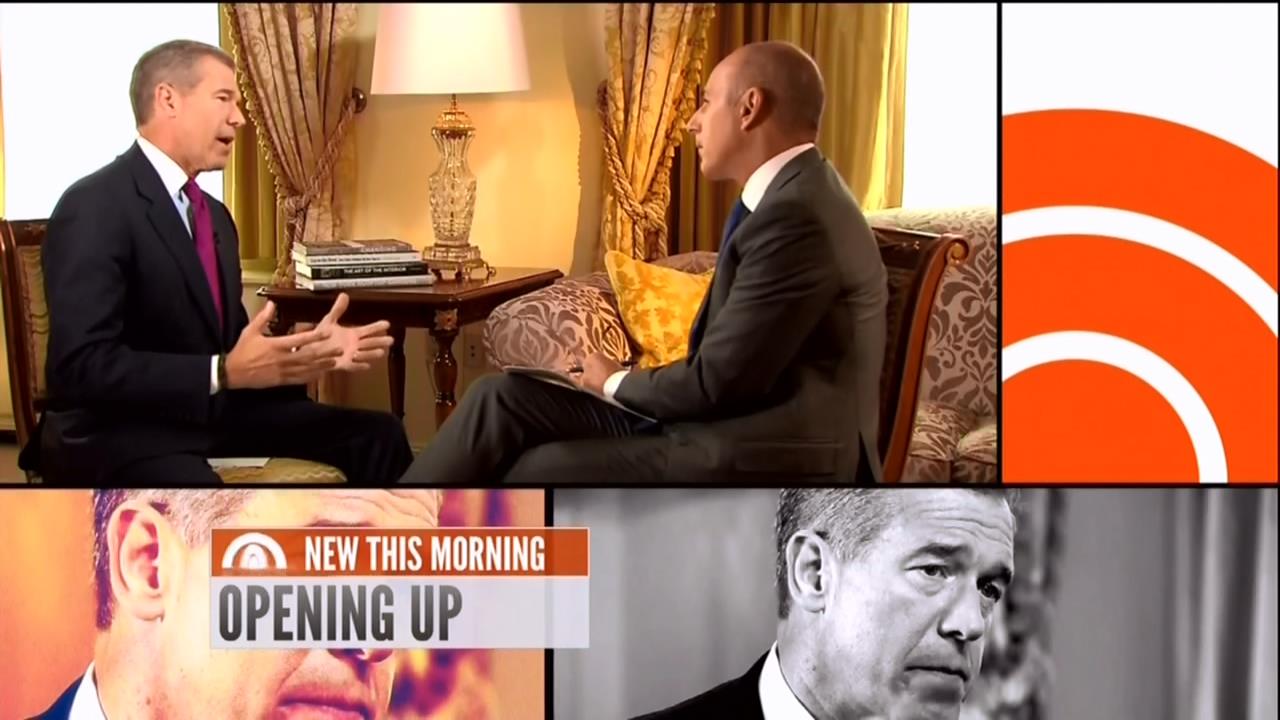 Baltimore Sun media critic David Zurawik was one of the strongest critics of the lies of Brian Williams back when he was exposed in February. "That's why the public hates us, because we won't call each other out," he said on CNN. This is a terrible thing that Williams did. I don't know why he did it....I just know we should have a higher standard for the people who lead news divisions."

So it’s only natural to turn back to Zurawik for one of the strongest tongue-lashings of NBC’s decision to re-purpose the serial exaggerator at MSNBC. The truth lost, big time:

Were there any losers in the big announcement from NBC News today? Yes, serious journalists – especially those working in TV news – lost big time.  And so did the truth.

Just as ABC News did recently with George Stephanopoulos, NBC News in a much bigger way told its audience truth doesn’t matter nearly as much as being inside the tent of elites does.

”NBC's decision sends a cynical message to aspiring television reporters: that credibility matters less than a journalist's personal ‘brand,’ that truth is less important than fame, slickness and being a corporate team player,” says Mark Feldstein, a former ABC and CNN investigative reporter.

Zurawik was especially sickened by the military exaggerations:

Williams tried to steal honor from those who have been injured and/or killed earning the gratitude and respect of fellow citizens for their bravery, and somehow that doesn’t seem to matter to the people running NBC. I'll bet it does, though, in communities where the V.F.W. hall is still one of the more important buildings on Main Street.

Why in the world would anyone turn to Brian Williams for factual, trustworthy information, especially on major breaking-news stories? What's the logic of bringing him back in that capacity?

The Sun critic mocked the idea of beginning the image-rehab attempt on Today:

NBC is now launching a rehabilitation tour for Williams that starts Friday morning on “Today” with him being interviewed by Matt Lauer.

How perfect is that? The hotdog who stabbed Anne Curry in the back interviewing the self-absorbed suit who lied about what he did in Iraq and Egypt and New Orleans and who knows where else.