Networks Skip Report That Their Own CEOs Are the Most 'Overpaid'

But let’s turn it around and look at it from the Left for a minute and explore the angle of media hypocrisy. Did anyone at the networks pick up the story if liberals felt CEO pay was excessive, the media itself was Exhibit A? Nope, not at ABC, CBS, NBC, or CNN.

AP's Steve Rothwell and Ryan Nakashima began their May 26 story:

Six of the 10 highest-paid CEOs last year worked in the media industry, according to a study carried out by executive compensation data firm Equilar and The Associated Press.

The best-paid chief executive of a large American company was David Zaslav, head of Discovery Communications, the pay-TV channel operator that is home to "Shark Week." His total compensation more than quadrupled to $156.1 million in 2014 after he extended his contract. 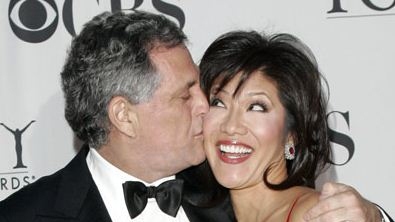 Les Moonves of CBS held on to second place in the rankings, despite a drop in pay from a year earlier. His pay package totaled $54.4 million.

The remaining four CEOs, from entertainment giants Viacom, Walt Disney, Comcast and Time Warner, have ranked among the nation's highest-paid executives for at least four years, according to the Equilar/AP pay study.

The media magnate Sumner Redstone controls almost 80 percent of the voting stock at CBS and Viacom. Because of his large holdings, Redstone can easily override the concerns of other investors about the level of CEO pay. Discovery's voting stock is heavily influenced by the brothers Si and Donald Newhouse and John Malone, another influential investor in the media industry.

At Comcast, which owns NBC and Universal Studios, CEO and Chairman Brian Roberts controls a third of his company's voting stock. That means he has substantial influence on the pay he is awarded. Comcast had no comment when contacted for this story.

All the media executives have tried, with varying degrees of success, to maximize the value of their company's entertainment brands online and on mobile devices.

For example, Moonves at CBS launched the series Under the Dome -- based on the Stephen King novel -- on the network and the Amazon Prime streaming service. Besides reaching online customers, the move helped offset production costs. The company, whose shows also include NCIS and The Good Wife, has attracted 100,000 customers to CBS All Access, an online subscription platform that costs $6 a month. Time Warner, under CEO Jeffrey Bewkes, launched HBO Now, which streams shows to computers, tablets and smartphones for $15 a month.

The purchase of Marvel in 2009 is reaping dividends with blockbuster superhero movies. Avengers: Age of Ultron pulled in almost $190 million in its opening weekend, making it the second-biggest U.S. movie opening. Disney's purchase of LucasFilms in 2012 means it owns the lucrative Star Wars franchise, with the next installment scheduled for release in December.

But nobody at the networks is getting out their calculators and figuring out how much more an executive like Iger makes compared to the entry-level Disney amusement-park employee. And no one expects the show Undercover Boss to feature Les Moonves rubbing elbows in disguise with the low-level CBS rank and file.