Washington Post political correspondent Chris Cillizza spent way too much time claiming the personal political views of David Letterman were some kind of mystery. The headline was "Is David Letterman liberal? It's surprisingly hard to say." No. It's not. 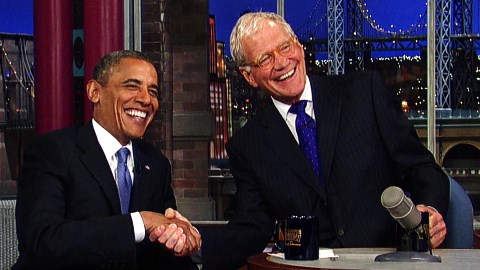 What has barely been touched amid all of these words is Letterman's politics.  He commanded a huge audience for much of his 33 years in late night and virtually every politician who ever considered running for or served in national office sat on his couch.  And yet, despite that perch, people are generally hard pressed to give any sort of assessment of Letterman's personal politics.

"He was pretty tough on [Hillary Rodham Clinton] in 1999/2000 until she appeared on the show," recalled Howard Wolfson, who was a longtime Clinton confidant. "I always found him very substantive in his political interviews. I didn't really detect an ideology."

Chris Matthews, host of MSNBC's Hardball drew the same conclusion on Tuesday. "It reminds me of Johnny Carson, who I watched, another guy for 30 years, and Carson never talked politics," Matthews said. "Nobody could read his politics like we can't read Letterman's, I don't know what Letterman's politics are."

All that proves is that liberal-media denial is contagious. Cillizza just wants to toy around with it, and drag out that hoary old "bias is in the eye of the beholder" claptrap:

The simple fact is that there are very few, well, facts that suggest that Letterman is an out and out Democrat and/or pushing a hidden liberal agenda. (Letterman did tell Howard Stern earlier this year that he had never voted for a Republican.) Is Letterman more tilted toward the Democratic worldview than the Republican one? Probably, although the degree of that tilt largely lies in the eye of the beholder.

Somehow, to Cillizza and his fellow liberals, mocking Republican politicians as mouth-breathing morons or felonious tax cheats isn't a "fact" that proves Letterman was liberal. In 2012, he noted, Letterman briefly addressed the issue in a CNN interview with Regis Philbin, suggesting Mitt Romney and George W. Bush just earned their ridicule:

"It may appear to people that we have a slant one way or the other," Letterman acknowledges in the interview although he still uses the term "we" rather than "me." (Presumably the "we" he is talking about is the show.) "But if a guy straps his dog to the roof of his car or the guy gets a shoe thrown at him this is where the material is going to be."

In our book Collusion, we reported Letterman had a serious problem with Romney (not included in the NB Top Ten) and he brought on New York Times columnist Gail Collins, who had mentioned Romney putting his dog Seamus in a cartop carrier in 58 columns:

CBS and David Letterman liked this story, too, so Collins appeared with late night’s most devoted Obama fan on March 20. Letterman told Collins he loved her obsession: “I so loved the fact that this happened to this guy, and I loved the fact that you more than any single journalist that I know, has promoted it. Tell us how you know about it.” When she described it, Letterman added, “I mean, as silly as this all might be, I’m told that later upon arriving in Toronto, the dog left, hitchhiked back, he had somebody, took him over the border, and they never saw him again.” Collins added to the joke: “He asked for amnesty.” 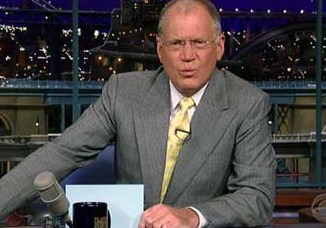 Then Letterman grew angry and said People for the Ethical Treatment of Animals wanted to shut down his “Stupid Pet Tricks” segments. “Now why have haven’t they been up Mitt’s nose about the dog episode?”

Letterman admitted that he certainly can’t say he hasn’t shown poor judgment in his personal life – having extramarital affairs with the staff like he’s Bill Clinton – but insisted this was different because  he wasn’t  running for president. As for Romney, “This is a guy in the Oval Office, the most powerful position in the world, he’s a guy we want crystal-clear judgment, maybe shaded a little bit one way or the other, but by God we don’t want a guy deciding ‘Let's put the dog on the roof and drive to Canada.’ I mean, I’m right about something there." Collins added “There was a survey done this week in which I think most Americans said they would rather not have a dog on the roof under any circumstances."

Letterman asked the Seamus-obsessive journalist if this was important: “But am I on to something here about this suggests a greater wrinkle of the fabric than just something stupid he did on vacation?” Of course, she replied: “I think pet transport is not a major issue probably in the campaign. But there is something about it, it’s sort of like Imelda Marcos and the 2,700 shoes, it just kind of tweaks some feeling people have about Mitt Romney right now, that does make them kind of, you know, ‘What was he thinking?’”

Letterman shot back: “Well, yeah, tweaked, but I'd like to see the guy arrested.”

But we can't tell if he's tilting the field for Obama....? It's "surprisingly hard to say"? Baloney.