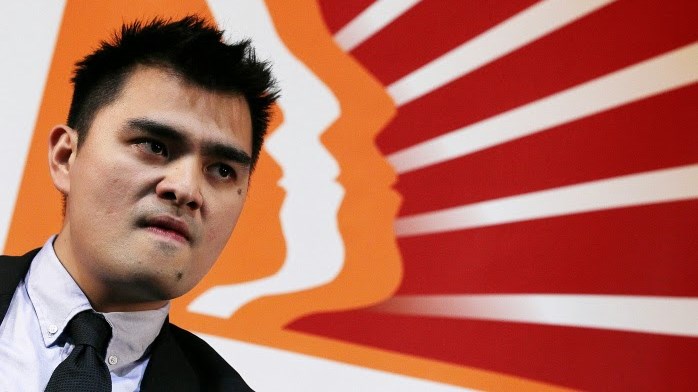 CNN’s Brian Stelter reports “Jose Antonio Vargas, a journalist and undocumented immigrant, is joining forces with the Los Angeles Times to create a new section of the Times web site devoted to race, immigration and multiculturalism.”

The Times will call this site “#EmergingUS” and Times publisher and CEO Austin Beutner compares it to sites like “DealBook” on The New York Times, a section that focuses on mergers and other business deals.

The better comparison might be "Code Switch" on NPR's site, dedicated to racial/cultural matters from the perspective of the aggrieved minorities.

Vargas announced it will be "a multimedia platform that, through articles, original videos, shareable data and graphics, will focus on the intersection of race, immigration and identity and the complexities of multiculturalism."

The section will exist primarily online, but “some of the work will eventually appear in the newspaper as well. The venture will produce videos and hold events.” Will it be hard to imagine those will be videos and events larded with advocacy?

Beutner offered a lame "it won't be advocacy, but it will change minds" sentence, the usual liberal-media soft shoe:

"The point of view" of the venture, he said, "is that this is an important topic to be talked about. It's not meant to be advocacy, and it won't be advocacy. But the mere fact that we're telling more stories will change, we think, the way people view the topic."

Stelter tried to emphasize “Journalist is a key word,” with Vargas the journalist and his Pulitzer Prize with The  Washington Post in 2008. But Vargas has been an amnesty activist for years now:

After he revealed his undocumented status in a 2011 essay for The New York Times Magazine, he created a nonprofit group called Define American aimed at "elevating the conversation" about immigration.

The group sought to share stories from contributors who are undocumented, thereby attaching sympathetic faces to the fractious immigration debate.

Did Stelter dwell on whether the Times is going to help Vargas bring buckets of sympathy to the “undocumented” in the immigration debate? There are no critics or skeptical questions in this article.

Vargas can't technically be "hired" by the Times, so it all sounds sketchy:

The Los Angeles Times can't hire Vargas directly, "but we can become a business partner with him," Beutner said. "So that's what we've chosen to do."

#EmergingUS will include other staff members, some of whom may work directly for Vargas's production company.

Vargas declined to comment on the ownership structure of the venture, but said "if #EmergingUS does well, then I do well."