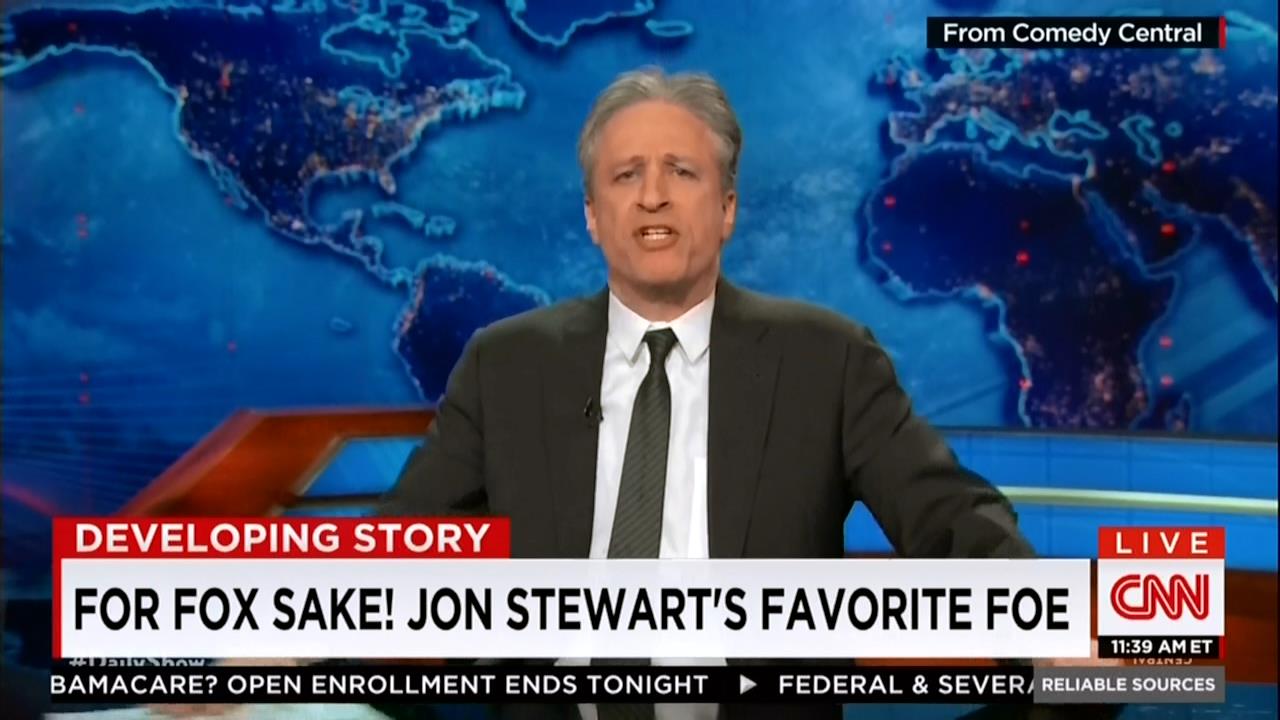 Stelter began the segment by noting “The comedian's loyal followers were positively heartbroken, they really were, about his upcoming departure. But probably nobody was happier than those his favorite targets, cable news networks, like here at CNN, but especially Fox News.” CNN ran a set of clips underlining how Stewart routinely whacked Fox News, complete with profanities.

BRIAN STELTER: Do you think I'm on to something here, that we needed The Daily Show to hold Fox News accountable?

JOHN FUGELSANG: Absolutely. We need the regular media to hold Fox News accountable, in my opinion. I don't know why CNN doesn't go after them more.

Fugelsang also suggested that America is dominated by liberals, but some don’t want to admit it. For evidence, he claimed a 2012 Gallup poll on abortion made his case for him that 77 percent of Americans are pro-choice:

STELTER: I thought there were times where he [Stewart] took cheap shots at CNN. But there were a lot of times where I found myself agreeing with him, and I think some of the bosses here did, too. That was the genius of Jon Stewart. He was a media critic.

FUGELSANG: Yes. And it's not that there's a liberal counterweight to Fox. Jon didn't go for liberals on the show. Liberals already get their news from a variety of sources. He went for the millions of Americans who identify with liberal positions, but choose to not identify themselves as liberal. 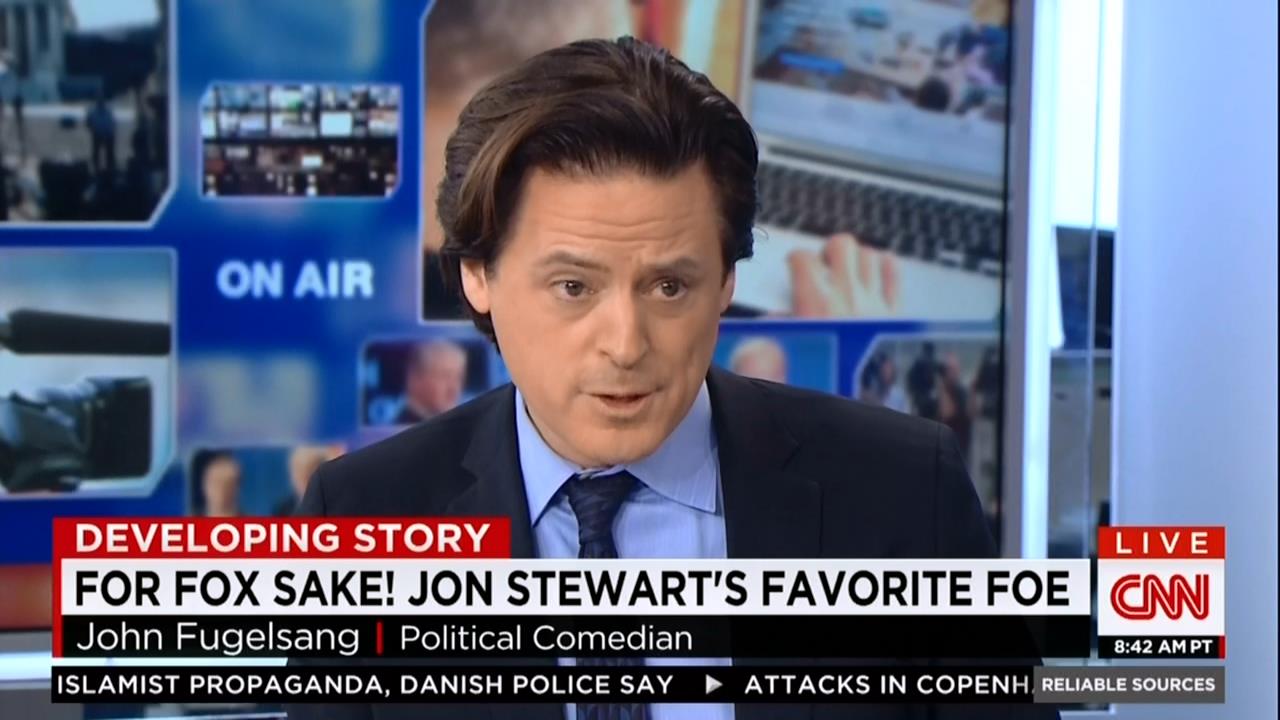 A 2012 Gallup poll showed that 77 percent of Americans support abortion rights in all or some cases, but only 43 percent want to call themselves pro-choice. And it's much the same with liberals in our society. The Fox News definition of the word has overtaken the dictionary definition of the word.

So, what Jon Stewart and The Daily Show did, along with Colbert, along with Maher, along with Wilmore, was reach out to those people who aren't necessarily news junkies, but who do agree with progressive taxation, with marriage equality, with not locking people up for smoking marijuana, and use entertainment first, preachiness last to make it a fun show. And that's the way you beat Fox News.

It doesn't matter to Fugelsang that you could take the same 2012 Gallup poll and say 72 percent support a ban on some or all abortions. The Gallup breakdown was 27 percent favored abortion being legal in all circumstances, while 22 percent opposed all abortions, and 50 percent came down in the middle.

With this, Fugelsang boasts of America's liberal, "pro-choice" majority!