At The Daily Beast, GQ correspondent (and former Rachel Maddow Show guest host) Ana Marie Cox reported about her participation in a Minnesota panel organized by Bill Maher to discuss the “worst Congressman in America,” conservative congressman Jon Kline. Maher is trying to get Kline defeated in his "Flip a District" contest. 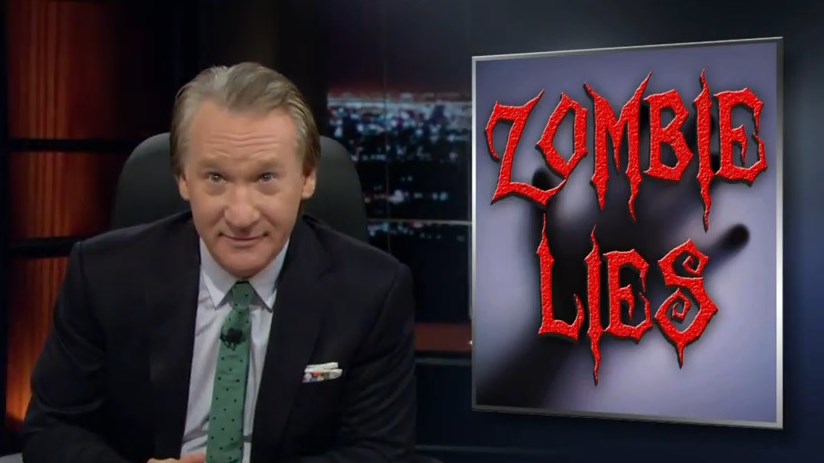 Cox claimed the event exposed “The no-contest divorce between Republican talking points and reality.” In addition to the usual liberal list of “antis” applied to conservatives, they’re now anti-breather?

I was a guest on the six-person panel (three team blue, three team red) there to take account of Kline and his fit for the district. I can attest to a couple of jaw-dropping whoppers told in defense of his record, which is, to paraphrase Maher, anti-worker, anti-women, anti-student and, when it comes to the environment, anti-"breather."

Cox believably announced she knew nothing about Jon Kline: “prior to being invited to be on the panel, I didn't really know who Kline was, either. I did a little research and now, I mean, yikes, he's the guy that's okay with letting schools forcibly pin down autistic kids. That's in addition to all the other, more familiarly terrible things that some Republican congressmen are in favor of. That such awfulness was just right there, waiting underneath the Google to be found speaks to the brilliant capriciousness of Maher's pet project: You may think the Congressmen most worth getting rid of are your Louie Gohmerts, your Steves Stockman and King—but more dangerous to democracy than those Fox News superstars are guys such as Kline, who toil in the vineyards of horribleness, and do so mostly under the radar of even their constituents.” (Italics in the original, bold text is mine.)

The Rochester (Minn.) Post-Bulletin in Kline’s district reported “After it was announced that Kline was picked for Flip a District, [Democrat Mike] Obermueller's campaign saw a 700 percent increase in campaign donations the following weekend, said campaign spokesman Kevin George.” They added:

This may not be the last time Maher visits Minnesota. He said he hopes to return before the election to help out with the ground campaign against Kline. He also remains unfazed by the tough odds. He noted Kline won the election two years ago by 29,000 votes.

"Twenty-nine thousand is not a huge number — it's half of a Bon Jovi concert for crying out loud," he said. "Maybe we'll come up short and maybe we'll surprise some people."