Facebook has been the public image of social media with 2.5 billion users. Now Facebook CEO Mark Zuckerberg says he wants the company to focus on making things private.

While tech commentators have debated his motivations, Zuckerberg vowed a new commitment to private information in a March 6 memo. He proclaimed, “People expect their private communications to be secure and to only be seen by the people they've sent them to -- not hackers, criminals, over-reaching governments, or even the people operating the services they're using.”

He spoke to the fears of many of his users in this digital age where anything one types can come back to destroy careers. “[Users] should not have to worry about what they share coming back to hurt them later. So we won't keep messages or stories around for longer than necessary to deliver the service or longer than people want them,” he added.

Zuckerberg gave a nuanced take on how managing privacy is an ongoing ethical and legal battle.

He specifically addressed the “growing awareness that the more entities that have access to your data, the more vulnerabilities there are for someone to misuse it or for a cyber attack to expose it.” But he also noted the general concerns over the scope and power of big tech in modern life.

“There is also a growing concern among some that technology may be centralizing power in the hands of governments and companies like ours. And some people worry that our services could access their messages and use them for advertising or in other ways they don't expect, he added.” 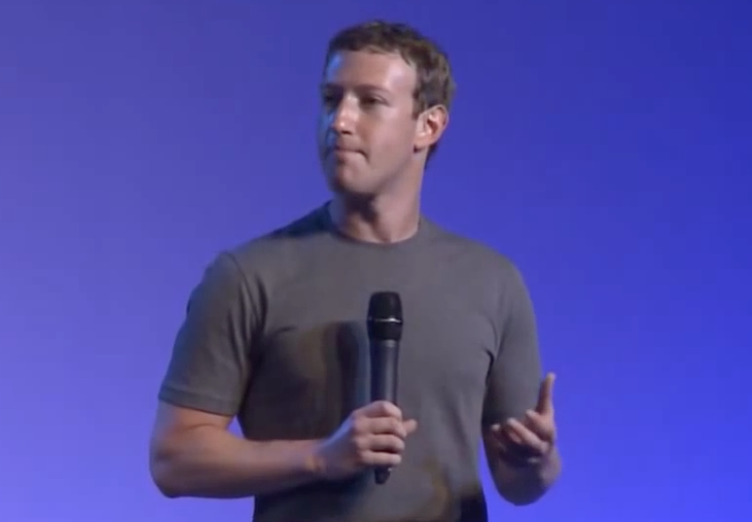 However, he also mentioned how Facebook has fought in the past to keep tyrannical foreign governments from accessing private data. He recounted how “In the last year, I've spoken with dissidents who've told me encryption is the reason they are free, or even alive.”

He elaborated on this story:

“Governments often make unlawful demands for data, and while we push back and fight these requests in court, there's always a risk we'll lose a case -- and if the information isn't encrypted we'd either have to turn over the data or risk our employees being arrested if we failed to comply. This may seem extreme, but we've had a case where one of our employees was actually jailed for not providing access to someone's private information even though we couldn't access it since it was encrypted.”

Zuckerberg also has a history of cooperating with foreign governments in the western world to crack down on “hate speech.” “Hate speech” is all too often a coded phrase many conservatives know to mean “politically incorrect” facts and opinions. NewsBusters covered the scandal when Facebook allowed French regulators to observe content censorship and help push for hate speech regulation.

But the battle is not only the privacy over users versus governments, but also over how privacy and freedom inevitably allow some criminal activity to slip through the cracks. Zuckerberg soberly commented on how, “When billions of people use a service to connect, some of them are going to misuse it for truly terrible things like child exploitation, terrorism, and extortion. We have a responsibility to work with law enforcement and to help prevent these wherever we can.”

Reducing Permanence: A Clean Slate to Protect Your Future?

Zuckerberg spoke to a modern fear of many in the digital age when he mentioned how users fear old posts and messages they wrote online may come back to ruin their careers and reputations. He pushed the increasingly popular concept of expiring messages.

He said that Facebook understands this fear. “We increasingly believe it's important to keep information around for shorter periods of time. People want to know that what they share won't come back to hurt them later, and reducing the length of time their information is stored and accessible will help,” Zuckerberg explained.

The way he suggested this would work was phrased in hypotheticals, “For example, messages could be deleted after a month or a year by default. This would reduce the risk of your messages resurfacing and embarrassing you later.”

He also proposed that users would have direct control over this process: “Of course you'd have the ability to change the timeframe or turn off auto-deletion for your threads if you wanted. And we could also provide an option for you to set individual messages to expire after a few seconds or minutes if you wanted.”