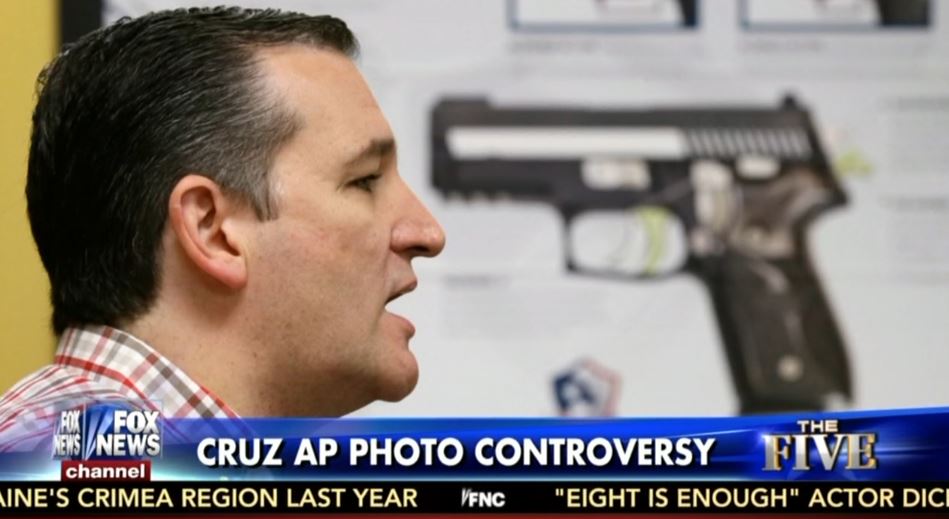 After an uproar, the Associated Press backed down and removed a photo of a gun pointed at the head of Senator Ted Cruz. In a statement to Breitbart, AP Vice President and Director of Media Relations Paul Colford conceded, "Five of the photos show Mr. Cruz with images of a pistol pointing at his head and upon consideration we have decided to remove those photos from further licensing through AP Images, our commercial photo syndication business."

The AP official argued, "The images were not intended to cast the senator in a bad light and they remain available for use by those who received them on Saturday through our photo service." Yet, this is the same Colford who defended censoring cartoons of Muhammad in the wake of the Carlie Hebdo slaying.

In that case, he declared, "None of the images distributed by AP showed cartoons of the Prophet Muhammad. It’s been our policy for years that we refrain from moving deliberately provocative images.”

Deliberately provocative images like a gun pointed at a presidential candidate?

After the release of the photos, Media Research Center President Brent Bozell slammed:

This is disgusting. Just days after a horrific shooting that took nine lives, the AP has the gall to unapologetically display a gun aimed at the head of a presidential candidate. They would never do this to Hillary Clinton or Barack Obama. Nor should they.

The AP is lying. This was not an accident. They made a deliberate decision to publish the photo. The AP owes Senator Cruz, his wife Heidi, and his children an immediate and unqualified apology. Furthermore, I am calling on the AP to conduct a complete investigation of everyone involved in the publishing of the photo and to fire those who ultimately made the decision to publish the photo.

Yet Colford insisted that this decision was "entirely an in-house decision" and not because of conservative pressure.