CBS Puffs the Joys of Pot: 'Weed Pimps' and Marijuana on the Radio

CBS This Morning on Thursday returned to a favorite topic of the network's journalists: Legalized pot. This time, reporter Barry Petersen hyped an all marijuana radio station. With no hint at any downside, co-host Norah O'Donnell introduced, "A Colorado radio station is fine-tuning its format to reach a higher audience in the land of legalized marijuana."

Reporter Barry Petersen enthused, "With revenue and audience numbers climbing to the sky, at K-HIGH, it's good to be high." Explaining the station's lineup of hosts, he promoted, "And in the afternoon, there are the Weed Pimps." 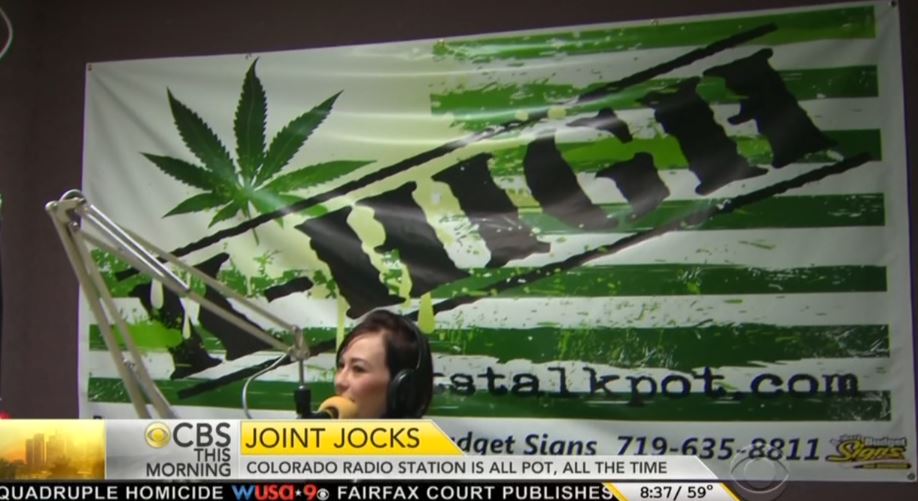 A transcript of the May 21 CBS This Morning segment is below: 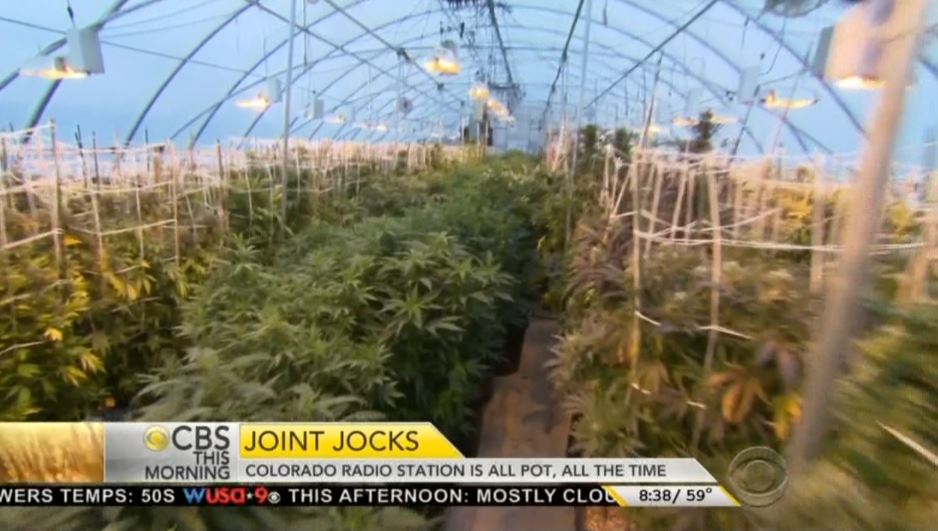 NORAH O'DONNELL: And a Colorado radio station is fine-tuning its format to reach a higher audience in the land of legalized marijuana. Barry Petersen takes us to the studio in Colorado Springs where the format is now all pot talk.

BUBBA KUSHMAN (K-HIGH): Good morning. Thank you so much for tuning in to K-HIGH  radio station, your weed station!

UNIDENTIFIED: Maybe they should legalize weed there.

KUSHMAN: Caller, are you there? 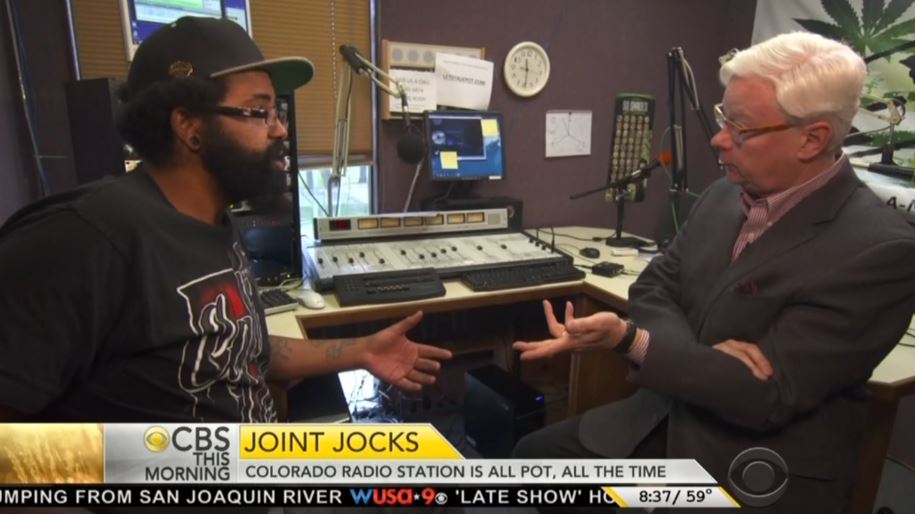 PETERSEN: And converses on all things cannabis

PETERSEN: And what might get you fired somewhere else will make you a better talk show host here. Are you high now? I mean, do you smoke first thing in the morning?

KUSHMAN: Oh, yeah. I smoke pretty much throughout the day.

PETERSEN: His professional name is Bubba Kushman.  Who or what do you want on your show?

KUSHMAN: Anybody and everybody who's for or against the legalization of marijuana.

KUSHMAN: Yeah. Even against. I welcome the naysayers.

PETERSEN: And in the afternoon, there are the Weed Pimps.

PETERSEN: Really, the name says it all.

PETERSEN: It's not a surprise that someone finally dedicated a station to pot. The surprise is who did it. Conservative Republican station owner Mike Knarr.

MIKE KNARR: If you were to ask me about pot a year ago or a couple years ago, actually, I probably would have been, like, no way, no how, nowhere.

PETERSEN: But hat was before his son started having reactions to chemotherapy. Doctors suggested medicinal, synthetic marijuana and Knarr changed his mind.

KNARR: I'm talking within 12 hours this kid was stopped.

PETERSEN: Personal experience became a programming goal. He dumped sports talk for pot talk. Marijuana shops allowed to advertise in Colorado were among a host of new accounts. The changeover has been successful in terms of audience. What about in terms of revenue?

KNARR: It's been amazing. You know, we probably in the last 30 days have done what the this station has done in the last 12 months.

PETERSEN: What was your reaction when your boss came in and said all pot, all weed, all the time.

LEN WILLIAMS: I think collectively we all looked at him as if he had two heads.

PETERSEN: Len Williams is the program director. K-HIGH started on the radio as an AM Station but today it lives only on the internet.

WILLIAMS: Within a month we had over 110,000 hits on the website alone.

KUSHMAN: You're listening to K-HIGH and Letstalkpot.com.

PETERSEN: Back to Bubba Kushman. He promotes himself as a functional stoner and while pot is hot, there may be a few drawbacks even for him. How does that relate to talk show host?

KUSHMAN: Functional stoner, I would say that the fact while stoned I can carry on a decent and intelligent conversation. I don't know. Can you repeat the question? Short-term memory loss. That's a side effect.

PETERSEN: Still, with revenue and audience numbers climbing to the sky, at K-HIGH, it's good to be high.