Showcasing an extreme conflict of interest, it was revealed on Thursday that George Stephanopoulos donated $50,000 to the Clinton Foundation and did not disclose the contribution to the public or his employer, ABC. A look back at past interviews shows a cozy Stephanopoulos fawning over the charity. On September 24, 2014, the Good Morning America host praised, "The annual Clinton Global Initiative brings together world leaders...and celebrities, re-imagining the world and taking action."

As though he were reading from an infomercial, Stephanopoulos parroted, "CGI has a simple mission, 'turn ideas into action.' And we're seeing the results right here at home." In contrast, Stephanopoulos aggressively questioned Peter Schweizer, the man who is investigating the finances of the foundation.

On April 26, he accused the Clinton Cash author of being a "partisan" and sneered, "They say you used to work for President Bush as a speech writer. You are funded by the Koch brothers." The accusation of partisanship came from someone who worked in the Bill Clinton White House.

STEPHANOPOULOS: As you know, the Clinton campaign says you haven't produced a shred of evidence that there was any official action as secretary that supported the interest of donors. We’ve done investigative work here at ABC News, found no proof of any kind of direct action. And an independent government ethics expert at the Sunlight Foundation Bill Allison wrote this. 'There's no smoking gun. No evidence that the changed policy based on donations to the foundation. No smoking gun.' Is there a smoking gun? 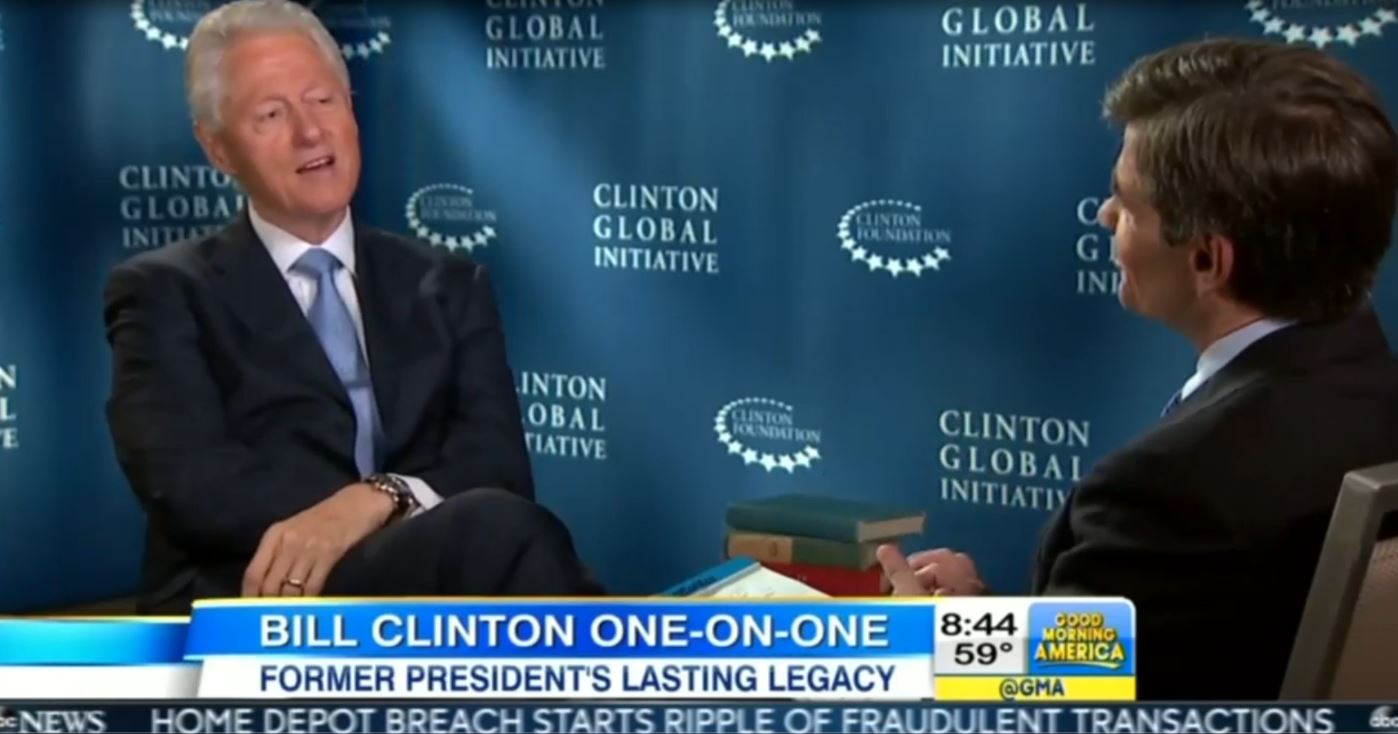 The GMA host made the donations to the Clinton Foundation in 2013 and 2014.

GEORGE STEPHANOPOULOS: One of the biggest commitments here, at CGI this year, a big project, $1.5 billion to help fund women entrepreneurs all across the world. And Secretary Clinton also announced her big project to kind of track how women are doing around the world. Is that the project you're most excited about this summer?

Again, at no time did the journalist disclose his donations to Clinton's foundation. At no time did he question the former President on the organization's spending patterns.