Roberts didn't manage any serious questions, instead the journalist sounded like an Access Hollywood anchor: "You taught him the fist pump. Plays hoops with him." She followed-up by wondering, "What kind of basketball player is the President?"

Touting Love's ability to relate to Obama, Roberts queried, "I know you don't like to use the word hip...You say that you made him generationally relevant. How did you go about doing that?" 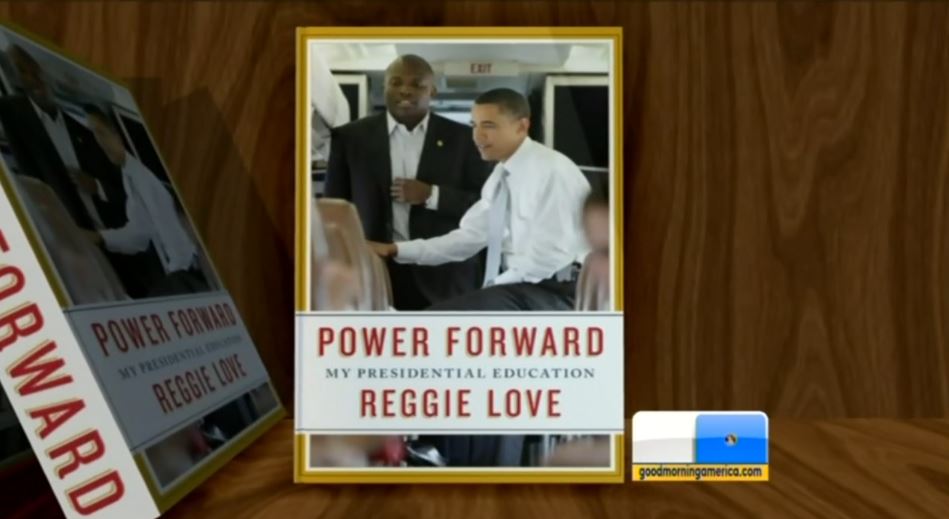 ABC has an affinity for the superficial. Last April, the network devoted 45 minutes to the racist comments by the Los Angeles Clippers then-owner. This was over a period of three days. Yet, the same network downplayed the President's scandals. However, covering an ex-Obama aide's friendly book is worth an exception.

In 2011, NBC's Brian Williams hyped Love as a way to tout Obama: "What is it about the President and his family that you wish all Americans could see?"

A transcript of the February 4 segment is below: 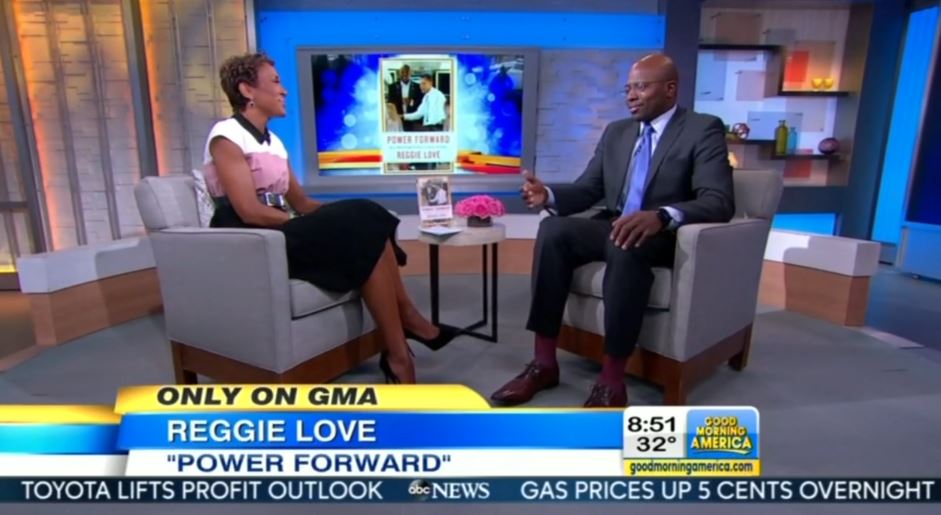 ROBIN ROBERTS: President Barack Obama is so close to his former aide and body man Reggie Love, he calls him his little brother. Now Love is giving us a very personal look into his relationship with the President. It's his brand-new book, beautifully written, called Power Forward: My Presidential Education." Reggie, good to see you again. It's been a while.

REGGIE LOVE: It has been a while. Thanks for having me today, Robin.

ROBERTS: It was really an interesting read because there's no job description when it comes to being a body man, is there?

LOVE: I didn't get one. They kinda show up and tell you to handle stuff. I think I was lucky because, you know, Barack Obama not a lot of makeup, not a lot of hair. You know, just had to make sure he got the suit and tie on and make sure it was kinda straight.

ROBERTS: You have to have his bags and make sure they're where they're supposed to be and one time you forgot his bags.

LOVE: I did leave the candidate's briefcase in the back of a suburban in Florida and it was the day before one of the primary debates and he kind of turned to me and looks to me and goes, "Hey, Reggie, where is my, my bag?" And I go, "It's on its way. "What do you mean it's on its way?" "Um, it will be there eventually."

ROBERTS: I know you don't like to use the word hip, that you made the President hip. You say that you made him generationally relevant. How did you go about doing that?

LOVE: There's not a lot of opportunities where people who are in their mid-40s are spending 18 hours a day with someone who is half their age. We have these conversations about who is better, Kobe or Jordan or Chris Paul or Tony Parker?

ROBERTS: You taught him the fist pump. Plays hoops with him. What kind of basketball player is the President?

LOVE: He's the kind of player –

ROBERTS: He's not paying you anymore. You can be honest.

LOVE: No, look, I would say that the President is a good player. You know, he's the kind of guy he'll make everyone that plays with him a little bit better. I can remember some games in which we had old guys versus young guys and for awhile they beat us. I wouldn't want to show up to work the next day because he had that grin on his face, like –

ROBERTS: What was the biggest challenge for you, Reggie, working so closely with the President?

LOVE: When you're working in politics, you're working on a campaign, you get really, really fatigued, mentally and physically. But it doesn't wear on you as much. I was really competitive about trying to keep up with him. You know, I'm like, if this guy is performing at a high level every day, interviews, town hall meetings, coffees, breakfasts, all these things all day and, you know, he never flinched about it and there were times I'd be like, my eyes would kind of like be falling asleep a bit. I'm like, "All right. If this guy can do it, like I should definitely be able to keep up."

LOVE: A lot of good lessons and some hard lessons. I would say the biggest thing I learned from that group is that the little things matter and that if you are able to buy into something that's bigger than yourself you can do something really special?

ROBERTS: Thank you for sharing your story with us.

ROBERTS: We do appreciate it and Power Forward is available in stores and online right now.