YouTube or ABC? Internet Star's Question Is the Same as Barbara Walters

All three networks on Friday morning promoted Barack Obama's "interesting," "unconventional" interviews with YouTube personalities, including one who is famous for taking a bath in milk and Fruit Loops.  Good Morning America journalist Amy Robach cheered the President for reaching "people who might not otherwise have heard what he had to say."

Yet, ABC's hosts didn't point out that one of the questions, by a 19-year-old fashion blogger, was nearly identical to one by veteran journalist Barbara Walters. YouTube's Bethany Mota queried, "If you had any superpower what would it be?" On December 23, 2011, Walters asked Obama, "If you were a super hero and you could have one super power, what would it be?"

Despite the similarities between the YouTube star and an ABC journalist, George Stephanopoulos referred to the new interview as "very unconventional." (For the record, the President told Walters he wanted "invisibility" and informed Mota he would "love to speak any language.")

Stephanopoulos hyped, "Yeah. Look, it got 680,000 views just in the time since the interview so might be working." 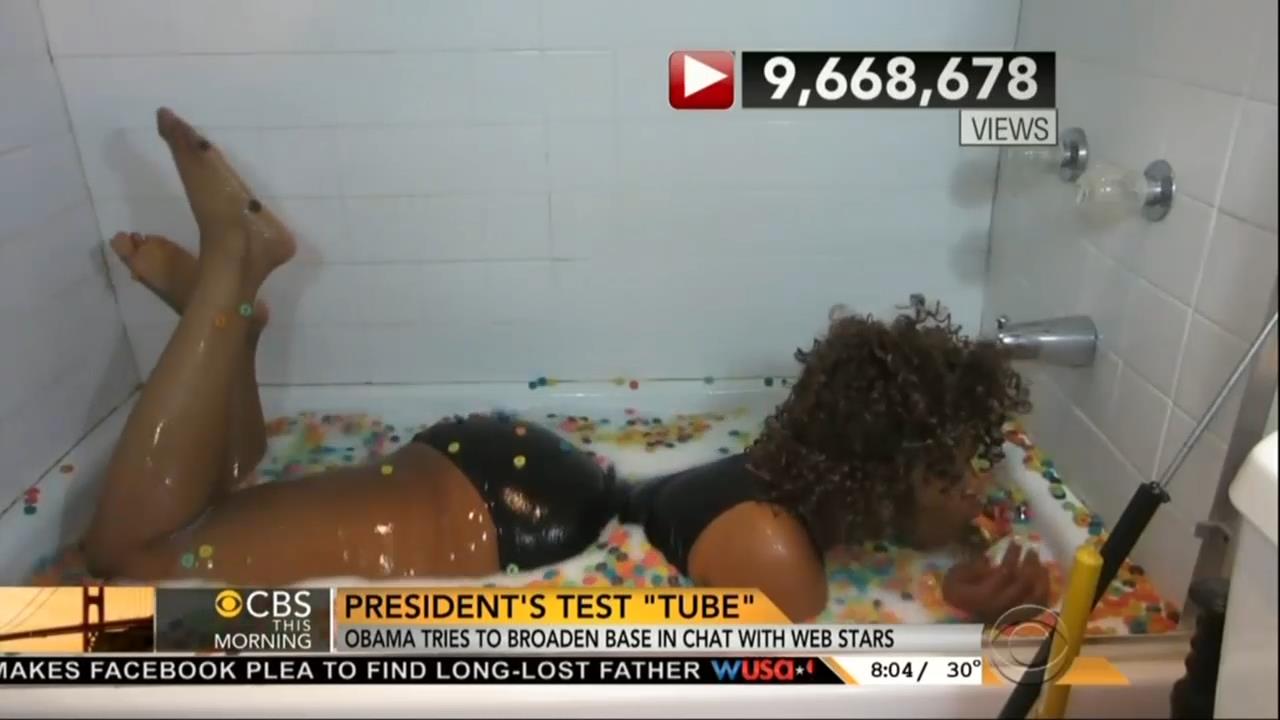 CBS This Morning's Bill Plante offered more information about the individuals interviewing the President, noting "GloZell Green is "famous for trying to eat a ladle full of cinnamon and for taking a dip in a tub full of milk and cereal."

Media critic Ken Aauletta was allowed a few seconds of skepticism, chastising, "[Obama is] being interviewed by young people who are not asking him tough questions that Scott Pelley might ask him and that is attractive for a public official."

Although Plante spun this as a "savvy move for the President." Co-host Gayle King opined, "It's a very interesting tactic."

A transcript of the January 23 GMA segment is below:

GEORGE STEPHANOPOULOS: We're going to turn now to a very unconventional presidential interview. Three YouTube stars invited to the White House for a face-to-face with President Obama. It's all about connecting the President with a younger audience. ABC's Reena Ninan has the details. 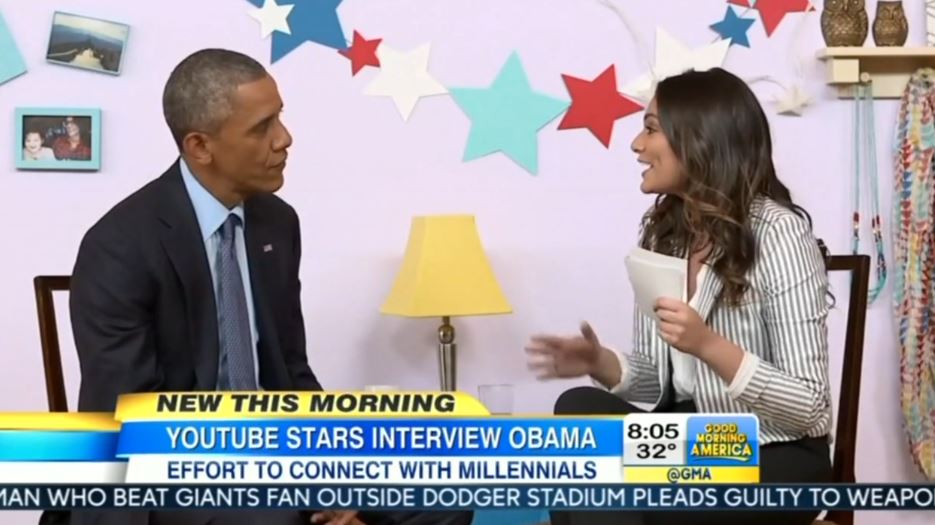 BETHANY MOTA: If you had any superpower what would it be?

BARACK OBAMA: I'd love to speak any language.

NINAN: Bethany Mota with eight million loyal fans, also a semifinalist on Dancing with the Stars.

NINAN: GloZell, the most followed African-American woman on YouTube. 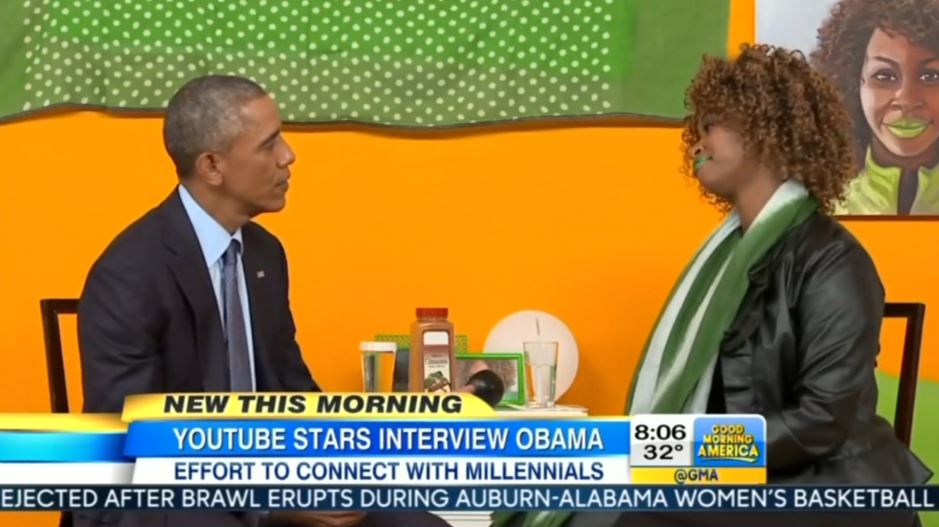 NINAN: And Hank Green self-proclaimed "Internetainerpreneur." The three collecting questions using the hash tags #YouTubeAsksObama. The interview streamed live, an effort by the White House to connect with the millennial audience.

MOTA: Before I came here to do this audience for YouTube, I never really followed politics that much.

BARACK OBAMA: You're not the only one.

NINAN: The unlikely interviewers not shying away from heavy-hitting topics.

GREEN: Because of a cyber attack against –

MOTA:  – Education as a whole more affordable for students.

GLOZELL: How do you justify dealing with the Castros?

OBAMA: When you do something over and over again for 50 years and it doesn't work, it's time to try something new.

MOTA: So, we're going to do a quick lightening round.

GLOZELL: So I have green lipsticks, one for your first wife --

OBAMA: Do you know something I don't?

OBAMA: One for the First Lady.

MOTA: Can you take a selfie with me?

STEPHANOPOULOS: Well, Bethany Mota will get my girls. They won't watch my interviews with the President. But Bethany Mota, sure, yeah. And you love the green lipstick.

AMY ROBACH: Yes, that was a nice touch actually. I thought, I wonder if the President could imagine that moment but he's reaching to people who might not otherwise have heard what he had to say.

STEPHANOPOULOS: Yeah. Look, it got 680,000 views just in the time since the interview so might be working.