A former adviser to Barack Obama on Tuesday overturned the media narrative, promoted by the President, that Jonathan Gruber was an unimportant, minor figure. The New York Times on Tuesday insisted in an editorial, "Republicans are crowing over Mr. Gruber’s remarks because he has been portrayed as a major architect of the health reform law. In truth, his role was limited." The health care operative has repeatedly bragged about fooling "stupid" Americans.

The paper's editors lectured, "His comments should not be taken as evidence that the reform law was hatched in secrecy and foisted on the public by trickery." Yet, Steven Rattner, a former Obama administration adviser, countered this narrative on Morning Joe. He blurted, "But I remember that when I was in the White House, he was certainly viewed as an important figure in helping to put Obamacare together." [MP3 audio here.]

Hyping Gruber's importance, Rattner continued, "...He was the man." After undoing the talking points of the President and the media, Rattner concluded, "The problem is what he said in the last two weeks and how the White House has handled it."

In a speech on Sunday, Obama dismissed Gruber as "some adviser who never worked on our staff." 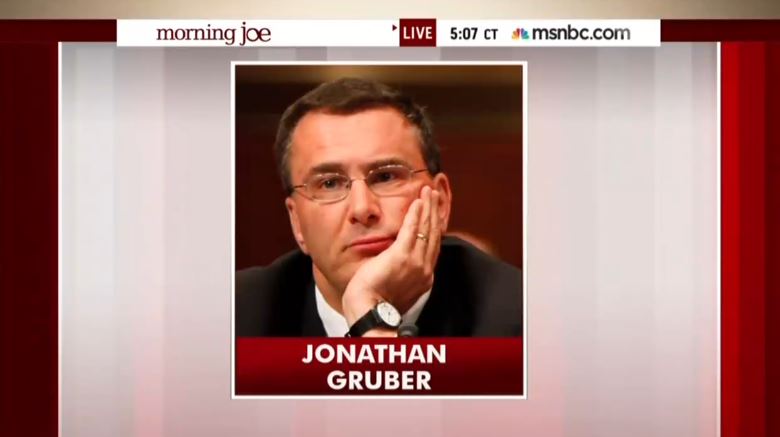 As noted by the Media Research Center's Curtis Houck, the New York Times did not run its first print story on Gruber's comments until Saturday. In a report that was buried on A12, a headline explained, "Affordable Care Act Supporter Ignites Fury With a Word: ‘Stupid.'"

The Times's coverage since has hardly been exhaustive. On Monday, Gruber got a brief mention in otherwise unrelated ObamaCare story. He was earned a passing reference in a Charles Blow op-ed.

No Times story on Gruber has made it to the front page of the paper. The economist's 2013 comments on his fellow countrymen included: "Lack of transparency is a huge political advantage. And basically, call it the 'stupidity of the American voter' or whatever, but basically that was really, really critical to getting the thing to pass."

A transcript of the November 18 comments by Rattner are below: 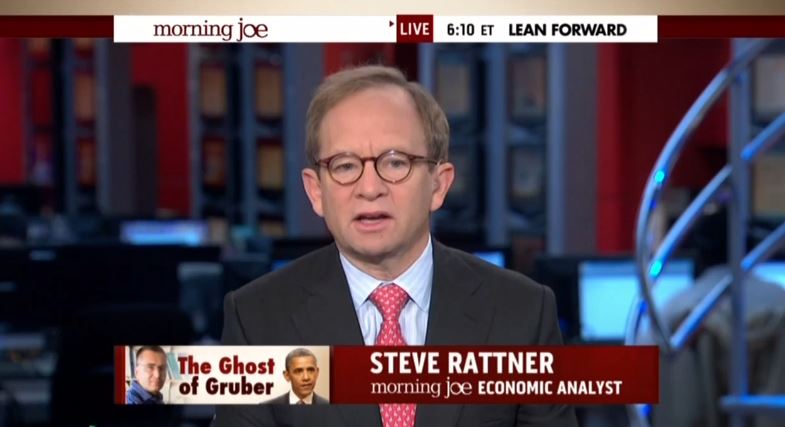 STEVE RATTNER: Jonathan Gruber was, back in the day, in 2009, the guru on health care, as you said. He designed the Massachusetts plan for Romney. I think if you go back and look at the Washington Post or the New York Times or anything from that period, you will find Jonathan Gruber’s name all over it, as both someone who’s the leading expert on health care quoted by everybody, and as someone who the White House was using — I don’t think we knew the dollar numbers he was paid at the time — but I remember that when I was in the White House, he was certainly viewed as an important figure in helping to put Obamacare together. And so, it's exactly what you said. The problem is not that Gruber helped them put Obamacare together, because he was the man. The problem is what he said in the last two weeks and how the White House has handled it.