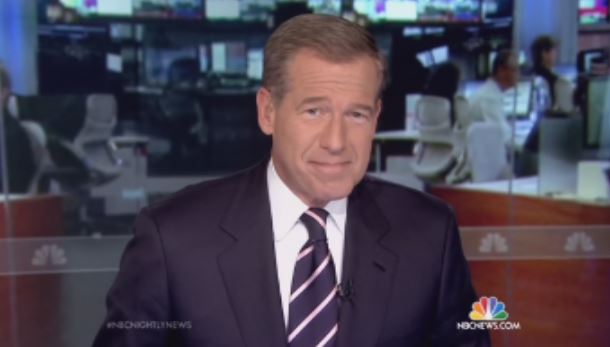 On Wednesday’s NBC Nightly News — a broadcast that has yet to mention the infamous comments of ObamaCare architect Jonathan Gruber — anchor Brian Williams conceded his profession “might be guilty” of bias in its coverage, but his admission had nothing to do with liberals and conservatives.

Instead, Nightly News devoted nearly two minutes (1 minute, 56 seconds) to a study showing media bias in favor of — wait for it — dog stories.

“On this one we just might be guilty,” Williams confessed before the report by correspondent Anne Thompson, which featured lots of footage of cute dogs and an interview with BuzzFeed’s “animals editor” expertly explaining how her Web site always had either a dog story or a picture of a cute dog.

At the end, Williams repeated himself: “Like I said, we may be guilty on this one” — more respect than he’s ever shown to the actually serious problem of his network and others skewing their political coverage in favor of liberals.

That, Williams has consistently denied. “My work has been so cleansed, as I see it, and as I’ve tried, of political opinions over 27 years,” he declared last year on Alec Baldwin’s Here’s the Thing radio show. “No one gives a rat’s patootie about my opinion, so it’s nice that I don’t have to share it.”

But numerous polls show the public sees it differently. Back in 2010, for example, Rasmussen found 55% of the public thought media bias was a bigger problem than too much campaign cash, a favorite complaint among journalists.

The study that NBC chose to promote is from the October 2014 journal of Political Science and Politics, published by the American Political Science Association. According to the abstract, University of California research associate Matthew D. Atkinson and his co-authors measured the effect “of having a dog in a news event on the likelihood that the event is reported in regional newspapers.”

Their shocking finding: “We conclude that dogs are an important factor in news decisions.” So that’s a study on media bias worthy of NBC’s attention?

Here’s a video excerpt (lots of cute dogs) followed by the transcript of the November 19 report, which came at the end of the broadcast:

BRIAN WILLIAMS: Finally tonight, those of us who count ourselves as devoted dog lovers know that it’s our canine friends that can be rather shameless attention seekers really. But then again so can the news media. And on this one we just might be guilty. Our report tonight from NBC’s Anne Thompson. 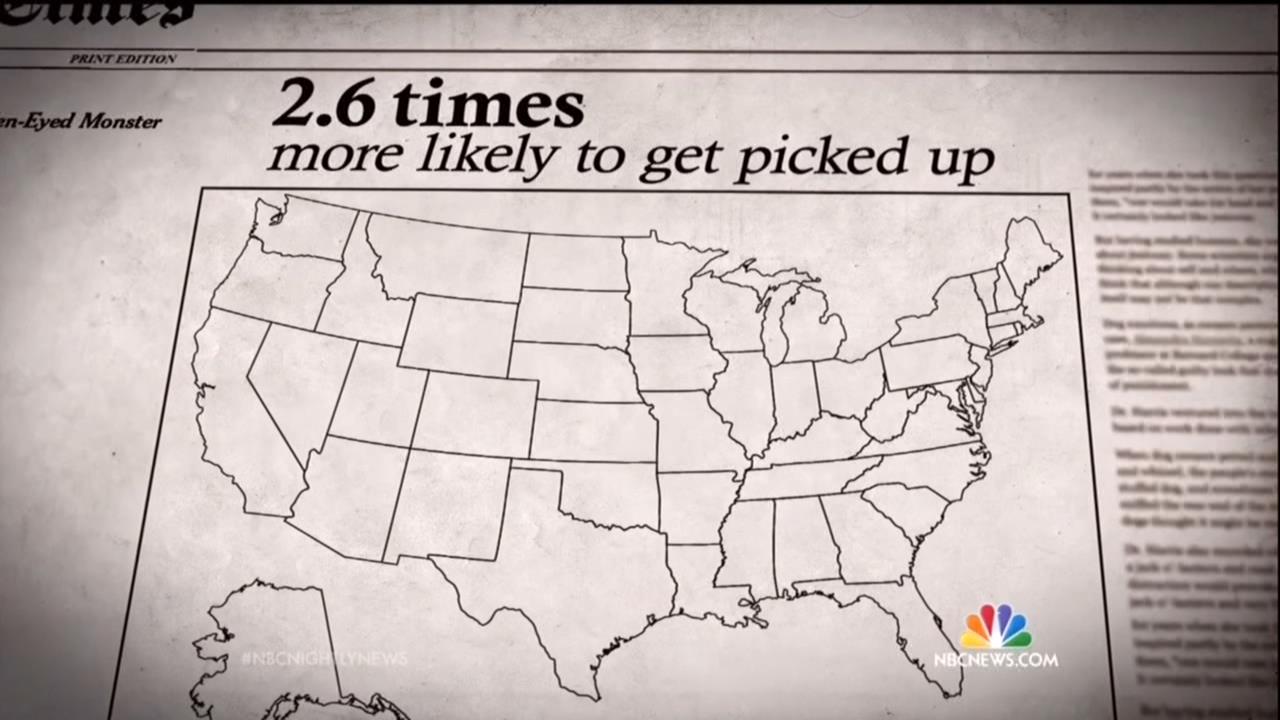 ANNE THOMPSON: It turns out dogs are indeed news hounds. A new study reveals a deep-seated newspaper bias to the canine kind, because readers lap ‘em up. It’s called the dog effect. Researchers found a dog story in the national section of the esteemed New York Times is 2.6 times more likely to get picked up by regional newspapers than a non-dog story.

The study itself is small, but it was enough to catch our attention. Of course, as viewers of this broadcast know, we adore these bearers of unconditional love. And it’s not just traditional media that love a pup’s tale, today on the BuzzFeed website, trending along with the Buffalo snowstorm, puppies on their first day of work.

THOMPSON: Are dogs essentially catnip to the people who click on BuzzFeed? 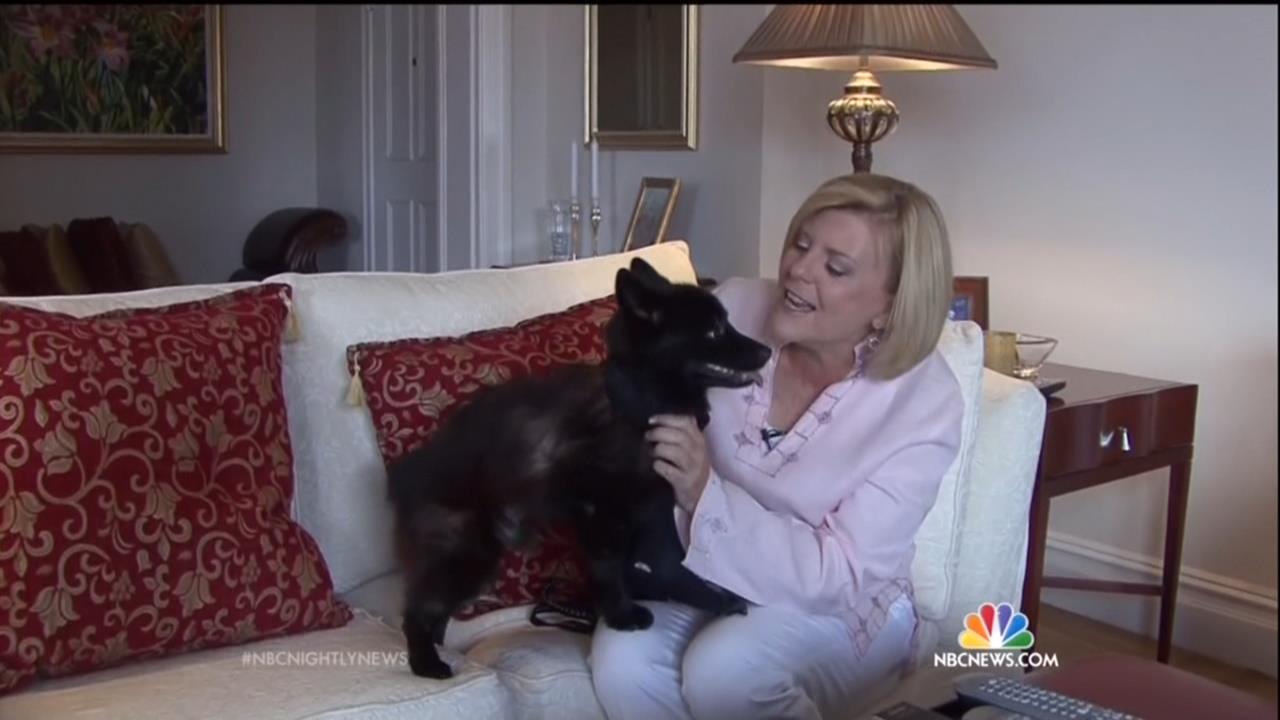 THOMPSON: We’ve done dozens of stories on man’s best friend this year. Dogs in the air, under water, at work and the gym. Dogs who find people and cancer. (to a dog) Are you a good girl? Personally, I’ve interviewed a talking dog.

UNIDENTIFIED DOG: I love you.

THOMPSON: And I make stage mothers blush when it comes to getting my George on TV. And now this story like so many before it has gone to the dogs. Anne Thompson, NBC News, New York.

WILLIAMS: Like I said, we may be guilty on this one. That’s our broadcast on a Wednesday night. Thank you for being here with us.