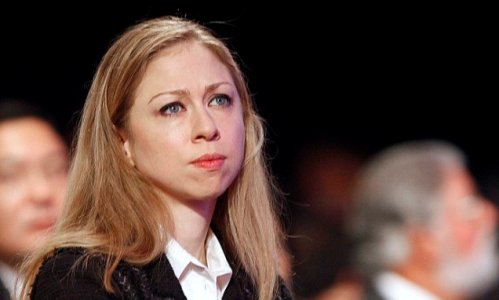 Know your place, peon! You may not approach Chelsea Clinton. If you need to contact her, you can only do so indirectly through a producer. Never face to face which is for ordinary people.

Those were the instructions for Chelsea's co-workers at not only NBC News but also at the management consulting firm at McKinsey where she briefly worked. Apparently Chelsea's attitude is so toxic that even dedicated liberals at the Clinton Foundation have split rather than having to deal with Chelsea according to a New York Post report:

At both the management consulting firm and the network, co-workers allegedly were told they couldn’t approach Chelsea.

A source at NBC, where Chelsea was paid $600,000 a year, said, “If someone wanted to talk to Chelsea about something, they had to go through a producer.”

Chelsea, whose underwhelming body of work at NBC caused a Washington Post TV critic to call her one of the most boring people of her era, also seems to have carried this attitude over to the Clinton Foundation, causing a major exodus:

Several top staffers have left the foundation since Chelsea came onBoard as vice chairman in 2011.

Fun Fact: At 35 years of age, Chelsea Clinton is now old enough to fill the shoes of her mother as a candidate should the latter drop out of the presidential race.