Liberal Journalist: These Days, It’s ‘Hard to Find’ a Conservative Pundit Who Doesn’t Specialize in ‘Bulls**t’ 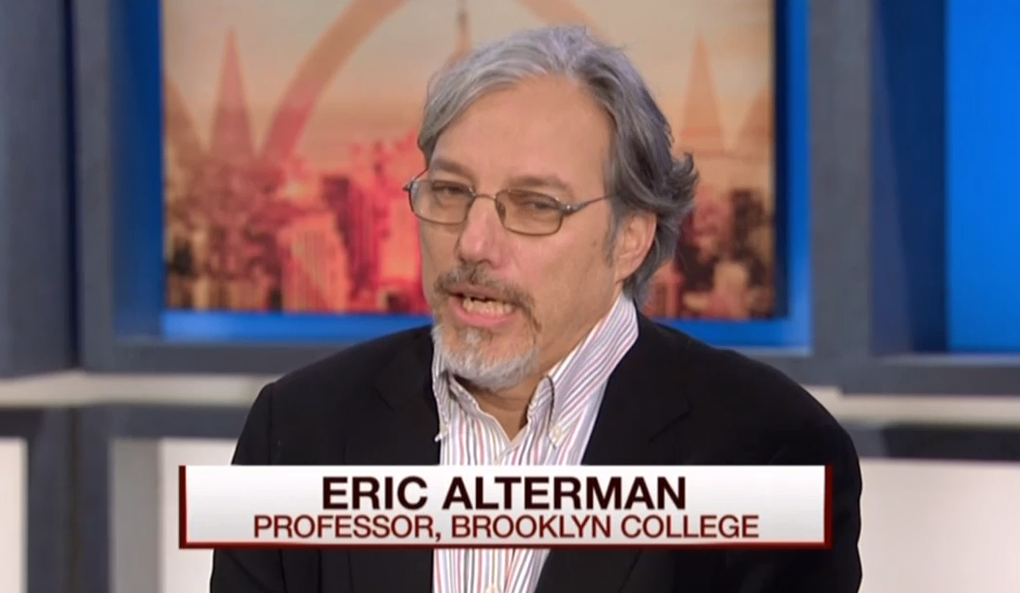 The Nation’s Eric Alterman doesn’t mind that a few weeks ago, The New York Times added another conservative op-ed columnist. He just wishes it hadn’t been the “awful” Bret Stephens, who used to write for “the rubes who believe what they read in Rupert Murdoch’s Wall Street Journal” but now is tasked with impressing the “smarter and more sophisticated” readership of the Times.

In a Thursday piece, Alterman, the author of What Liberal Media?, declared that “the problem isn’t with Stephens’s politics; the [Times’] own Ross Douthat is one of the most interesting and original columnists in the American press today. That’s because Douthat, a Catholic conservative, openly wrestles with his own preconceived notions as they collide with reality [and] contribute[s] a fresh perspective that challenges Times readers to think anew. Stephens, by contrast, is an ideological hack. True, he doesn’t like Donald Trump, but he made his name at the Journal -- and, disturbingly, won a Pulitzer Prize -- as a climate-change denier and an incendiary Islamophobe.”

As Alterman sees it, the Stephens hire is one example among many of the media’s misguided recent outreach to conservatives (bolding added):

Publishing so committed an ideologue has little to do with helping Times readers expand their intellectual universe, unless the intention is to take them into the twilight zone of “alternative facts” and fake news. What it does is give…the people who work on the paper’s business side, especially the ad-sales staff, a ready-made answer when they’re confronted with the oft-repeated canard that the paper of record is biased against conservatives…And, of course, the Gray Lady is hardly alone in taking this tack. How else to explain the recent hiring spree by MSNBC of Fox News rejects and refugees (including George F. Will), or The Washington Post’s addition of the right-wing radio host Hugh Hewitt to its already conservative-heavy lineup? (And don’t even get me started on CNN.)

Ideological diversity is certainly a worthy goal, but any attempt to apply it to the punditocracy is bound to run into the brick wall of US conservatism, which has become so unhinged in recent years that adherents who do not traffic chiefly in bullshit can be as hard to find as healthy Mets pitchers. (Though why the Times did not choose David Frum remains a mystery to this reader.) And the issue cuts both ways. Times readers might just as well ask why the paper hasn’t offered a column to a single writer who shares the views of America’s most popular politician: Bernie Sanders.