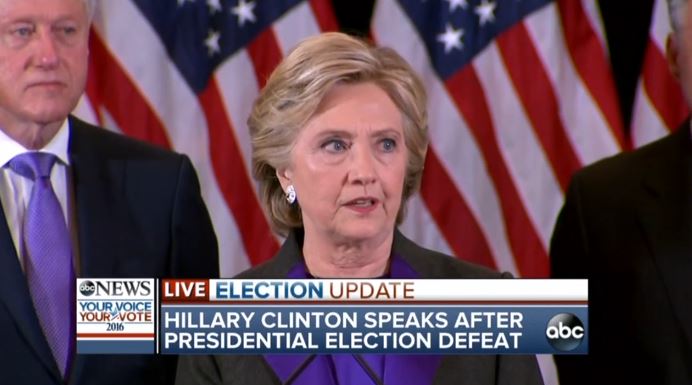 Hillary Clinton’s failure to win the presidency means that her haters have reaped what they started to sow a quarter-century ago, argued former New York Times executive editor Jill Abramson in a Tuesday column for the liberal British newspaper The Guardian. “The activists, groups, think tanks and nonprofit ‘charities’ that made hay over the petty controversies that dogged [Clinton] had already succeeded in driving up her negative trust and honesty numbers well before the 2016 campaign,” wrote Abramson. “The garden was already planted; all Donald Trump needed to do is water it with his chants of ‘Crooked Hillary.’”

According to Abramson, an “important question has been under-covered: who killed Hillary Clinton?...As in any good Agatha Christie mystery, there are so many suspects that it’s hard to find the real killer.” Though FBI director James Comey is a “chief suspect” because he “seemed to use the media’s obsession” with Hillary’s e-mails “to intervene for his apparently preferred candidate,” Abramson indicated that David Bossie, a longtime Hillary foe who’s currently a bigwig on Trump’s transition team, is a more plausible point man:

After Bill Clinton won the presidency, Bossie became one of the biggest floggers of the pseudo scandals that enveloped Bill and Hillary while they were in the White House…Before joining the Trump campaign as [Steve] Bannon’s deputy, Bossie was head of Citizens United. Ruth Marcus of The Washington Post, who has covered Bossie for as long as I have, calls him “The Captain Ahab of Clinton-haters.” At long last, he killed the whale.

And when Bossie at last accomplished his mission, he stood on the shoulders of giants, or at least on a tall pile of cash donated by wealthy conservatives: “Bossie, of course, couldn’t kill alone. He had a band of co-conspirators from an anti-Clinton machine that has been fortified by hundreds of millions of dollars of dark money over the past generation. As First Lady, Clinton was ridiculed and vilified for calling this ‘a vast right-wing conspiracy,’ but she was right.”