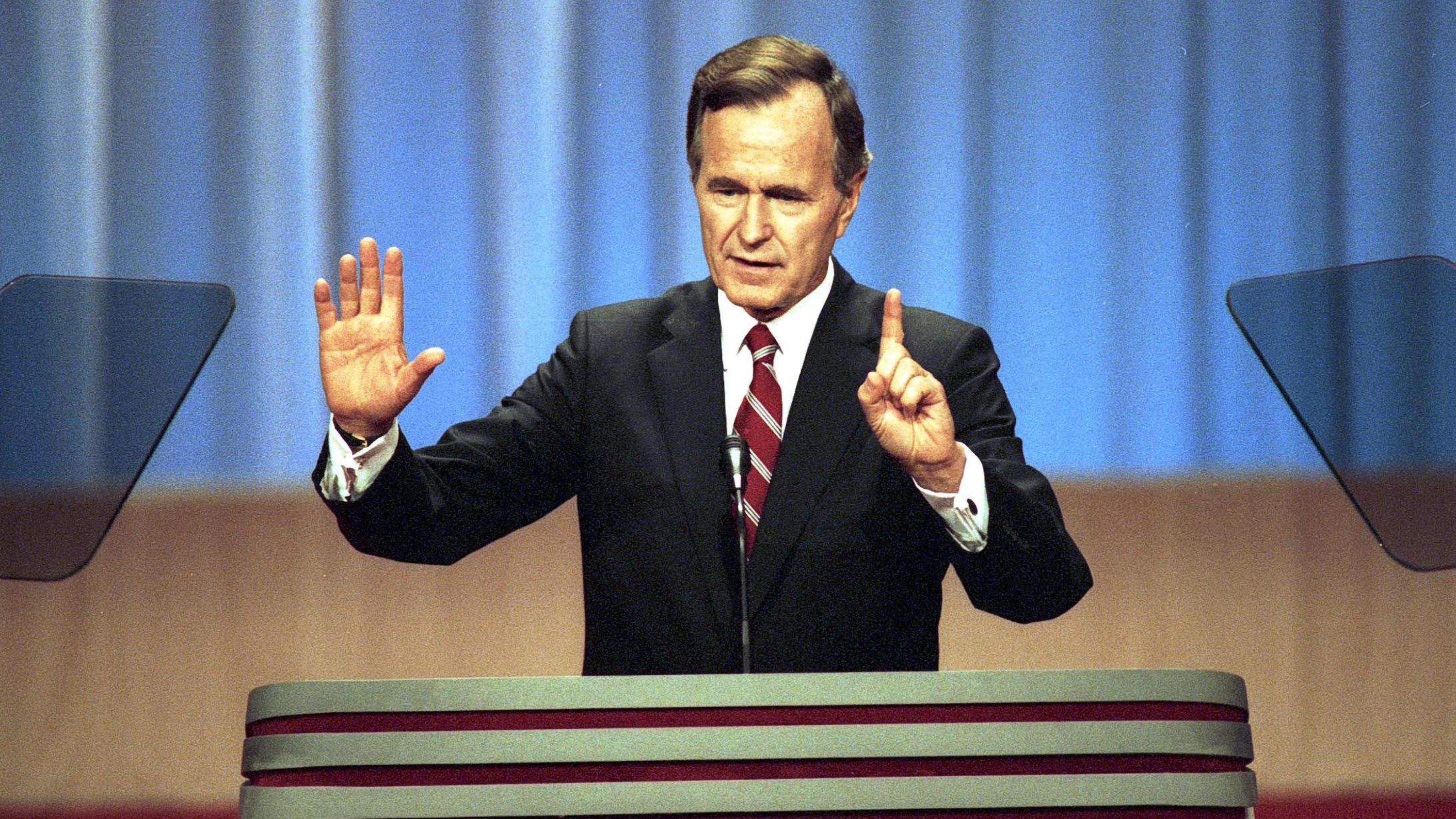 When citing instances of “the worst in human behavior,” reasonable choices include the Holocaust, the Rwandan genocide, and whatever ISIS did today. In a Sunday post, Washington Monthly blogger D. R. Tucker offered an absurdly unreasonable choice: the last ten Republican national conventions.

“Can you think of one GOP convention in recent history that didn’t display the worst in human behavior?” asked Tucker. “There was Ronald Reagan’s hogging of the spotlight [in 1976] and his disgusting demonization of President Carter in 1980. There was then-US Ambassador to the UN Jeanne [sic] Kirkpatrick baselessly accusing Democrats of ‘blaming America first’ in 1984. There was George H. W. Bush’s ‘read my lips’ nonsense in 1988. There was Pat Buchanan rhetorically kicking anyone who wasn’t a straight white Christian male out of the country in 1992.”

From there Tucker’s rant got even more inane, especially when he resorted to rhymes that might have embarrassed Jesse Jackson (“2008 brought us ‘drill, baby, drill’ [and] Sarah Palin making us ill”). He did concede that in all those conventions, there have been “moments of grace and decency,” but only three: “Mary Fisher’s stirring remarks about the AIDS crisis in 1992, then-Massachusetts Governor Bill Weld’s defense of abortion rights in 1992 and Colin Powell’s defense of both abortion rights and affirmative action in 1996,” so if you’re a pro-choice Republican, there’s a chance Tucker doesn’t think you’re the scum of the earth.

A hopeful Tucker commented that “perhaps this year’s GOP convention will be so sick, so sordid, so sour that the general election will effectively be over by the end of July.”